Although Manchester was still a good 15 hours away, I think I really arrived at Bonnaroo when I spent Wednesday night sleeping across from a homeless dude in the Philadelphia train station. Although the music is usually good enough to help you forget about it, Bonnaroo is a convention of physical discomfort, and downsides include unbearable heat, near-emaciation on avoidance of $4 hotdogs, fighting half the frat boys south of the Mason-Dixon line for a decent view of anything, staggering from stage to stage for what feels like miles every day, and getting fucked up on a drug more powerful than all others: sleep deprivation.

But there’s an upside to all of this, and it has to do with Bonnaroo’s well deserved reputation as the best festival in North America: Phil Lesh might have been exiled to a side-stage, but the ‘Roo is nowhere close to the commercial cesspool that All Good-attending jam purists would lead you to believe. If you’ll allow me to blatantly rip of KEXP, the music still matters–Bonnaroo can move a geriatric like Levon Helm to pull off one of the best sets of his career, even as the other 98% of festivalgoers were moved to spend his time slot camping out in front of the main stage in anticipation of a probably gut-churning Jack Johnson set. But I guess the joke is only on the there-to-be-seen, “holy-shit-I’m-at-Bonnaroo” crowd if there’s enough good music to make everyone happy. That, there definitely was. And if you want to put a good spin on the Kanye West debacle, the fact that it even turned into a debacle probably means that the Super Bowl of American music isn’t about to turn into Woodstock 99. A day-by-day recap:

About ten minutes out of the Nashville airport it appears that Bonnaroo single-handedly transforms southeastern Tennessee into a North Korea-like dragnet of cops, state troopers and other assorted fascists. But never fear–if you ever plan on driving to this thing, just keep reminding yourself that those identical-looking bald dudes aren’t there to bust you. Obviously they have to bust somebody–after all, there are quotas to meet, families to feed, and the illusion of law and order to maintain. But their chances of busting you are pretty slim: if they searched everyone who killed time in the festival’s five-hour entry line by getting really freakin’ baked, Bonnaroo would be an empty place indeed. Hence the creation of the largest non meth-related drug market in the South.

The music kicked off at around 6 PM, with a pretty unremarkable Cream ripoff called Back Door Slam. Luckily, haters of British-filtered Americana could find solace in the festival’s main tent, which was booked solid with indie acts. The most impressive of these was MGMT, which lost the whining quality of their recorded material and ripped into some lengthy, spaced-out jams that would have made Syd Barrett proud. If anything, their set was a reminder that a really motivated live act is one of the only two existing cures for creative mediocrity. The other one: fans who don’t know what the hell they’re listening to. Which brings me to Vampire Weekend’s mob scene of a set, during which a good 4,000 festival earlybirds screamed along to songs that I’d seen performed in front of about 30 people less than a year earlier.

Cutesy, uptempo, depressingly overrated indie pop is no reason to trek to the middle of nowhere. An excellent reason to trek to the middle of nowhere: upcoming anthropology PhD dissertation topic Darkstar Orchestra, who are so perfect a copy (or, in theory-talk, “simulacrum”) of the Grateful Dead that it’s a wonder there aren’t any Tupac-style Jerry-is-alive rumors flying around. This is the group that launched a thousand acid flashbacks–they look and sound and look so much like the Dead that it’s a wonder some of the aging hippies in the crowd weren’t cowering in fear. In spite of being slightly spooked out myself, I could feel my Brooklyn-bred antipathy towards the jam scene dissolve as soon as they hit the climax of “U.S. Blues.”

Thursday ended with me having next to no recollection of where my group’s RV was parked. Bonnaroo is held on a 750-acre site packed with RVs flying state flags, school logos and other tribal insignia, and one wrong turn can lead to an identical-looking crop of campers and dome tents. The delirious hour-long walk from one end of the sight to the other left me with only one thought: if this is an 80,000-person camp out, then what the fuck must Woodstock have been like?

It’s easy to underestimate the bubba factor at Bonnaroo, and there were times this weekend when I probably would have murdered just to hear a northern accent. Such moments included the first time I spotted the stars n’ bars fluttering over the festival trailer park, and passing a “southern heritage apparel” stand about 100 yards from the site entrance.

With this in mind, what kind of an evil genius is Chris Rock? Cranking out joke after joke about how much black men love white women only seems funny in front of a 90% white, 75% southern, 100% stoned crowd. Give it a little bit of thought, and it’s clear that the joke‘s really on us: like the true comedic mastermind that he is, Rock produced a few moments of humor so uncomfortable that the ironic discomfort couldn’t help but fly straight over many in the audience’s heads. As if to accentuate the point, he spent a comparatively serious minute or two talking about the importance of context. Anything to call this other than freakishly brilliant? At least the irony of southern folk enjoying supposedly harmless jokes about race relations in a rural corner of Tennessee wasn’t lost on everyone.

While Rock gave the festival some unbelievable (if unacknowledged) comedic awkwardness, the day’s other big performances were a reminder that Bonnaroo’s real focus is still Americana. This means that it has a slightly weaker lineup than Coachella, Glastonberry, or other festivals that are only expected to attract as many top-flight artists as possible. But it also means that Bonnaroo is the premier venue for artists obsessed with what legendary collector Dick Spottswood ironically refers to as “obsolete music.”

Friday’s two best sets were a case in point. The first of these was a bluegrass jam featuring former Newgrass Revival members Sam Busch and Bela Fleck. The former is a mandolin whiz who’s widely credited with rescuing bluegrass from its traditionalist straightjacket; the latter basically invented country jazz as a legitimate musical genre. I’m convinced Fleck is as good on the banjo as Hendrix was on the guitar, and his ability to subtly improvise without losing beat was on display even in more conservative bluegrass standards.

The second was My Morning Jacket’s epic 4-hour nightcap in the middle of a driving rainstorm. Live, the group has an unerring ability to give drawn-out country-blues riffs an indie-style dissonance, and it doesn’t hurt that they can rock the shit out of a crowd that was half way to a mean case of pneumonia–indeed, Kirk Hammet’s guest appearance during “One Big Holiday” is a strong candidate for best moment of the festival.

Hammet was busy Friday. He sat in on the late-night superjam with Gogol Bordello and Les Claypool only minutes after playing with MMJ, this only an hour or so after he and the rest of Metallica finished laying Southeastern Tennessee to waste. The sound system at the Bonnaroo main stage makes basic guitar chords sound like atom bombs, which means that it’ll be a tragically wasted opportunity if A Place to Bury Strangers doesn’t headline next year.

Not that Metallica’s 80s-heavy set wasn’t loud or ass-kicking enough for me. Sure, there wasn’t a moshpit a quarter-mile wide, which was kinda disappointing. But if you don’t have fun at a Metallica concert it’s pretty much your own pretentious fault–I mean, I’d take a zinger like “Another day another death / another sorrow another breath” over any David Berman lyric any day of the week.

Friday’s other big story was MIA’s announcement that her Bonnaroo performance would be her last. As someone who was at that performance, allow me speculate: this is complete and utter bullshit. It’s a stunt, a ploy; hype for the next time she cuts an album, gets barred from entering the U.S., and makes another bid at Bob Marley meets Che Guevara status. Judging by the mini-riot she set off on Friday afternoon, I’d say she’s well on her way. 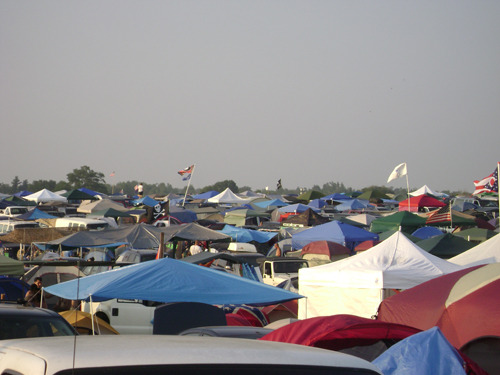 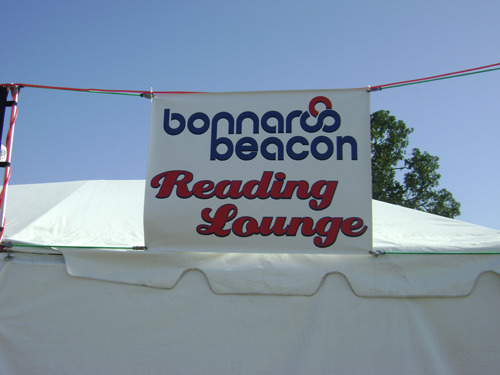 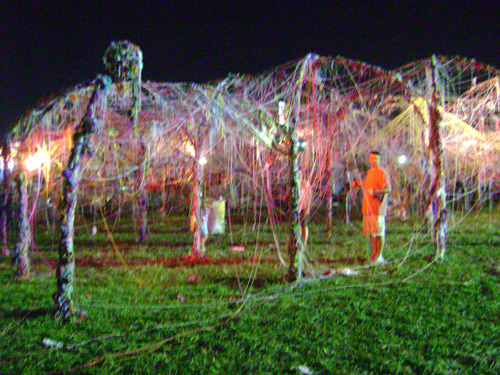 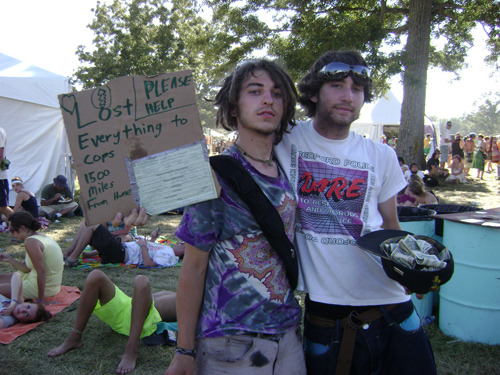