After experiencing the worst train luck of my life I arrived at the 2008 Brooklyn Hip Hop Festival an hour and a half late. As I was waiting in line with all the other tardy journalists someone put his hands on my shoulders and politely said, “Excuse me, brother”. I turned my head in time to see KRS-One shimmy past me and walk into Powerhouse Arena. So, yeah, maybe I wasn’t so late after all.

As I walked in Blu and Exile were already performing on the outdoor stage. Their brand of smooth, back-in-the-day feeling music went over well with the crowd. Blu, who handles the rapping while Exile DJs, had a little trouble remembering his lyrics, but for the most part kept the show moving well.

After their set, Brooklyn Borough President Marty Markowitz made his way up to the stage to talk about whatever it is politicians deem appropriate to talk about at rap shows. In the process he butchered KRS-One’s name, saying something like “KR-Swan” instead, and got called out for it by the organizers and the crowd, who, aside from that instance, enthusiastically showed support for their president.

Mickey Factz went on next and did a four song set that elicited yawns and, surprisingly, a little heckling from the audience. In spite of all that, Mickey did a good job. He knew his lines, he worked the stage well and he even brought up Theophilus London, who I think is one of the best things going for New York rap right now. The problem was that this crowd wasn’t there for thick bass lines, industrial drums and futuristic rapping, which is what people like Mickey Factz offers. They come to the Brooklyn Hip Hop Festival to be reminded of the good old days of 1996, when gas was cheap and the only southern rap they ever had to deal with was Outkast.

Case in point; after a quick DJ set by J.Period, Jeru the Damaja came on and did three songs. The crowd loved it.

Also case in point; Ketih Murray performed two songs, including his very well-received “The Most Beautifullest Thing in This World”.

Next up, Crazy Legs and Funk Master Fable gave a little breaking demonstration in order to promote the Rocksteady Crew’s 31st Anniversary happening July 24-28. Kevin Powell followed them to remind everyone he is running for congress and that he was on The Real World.

After the PSAs, DJ Premier manned the turntables and did a terribly disappointing set that consisted of him saying, “Remember this song I did?” and then playing the record. He was able to play a few verses from his classics with Nas, Biggie, Gangstarr and Jay-Z before his 10 minute (?!??!?!) set was done.

Buckshot followed with an energetic mini-set performing a few songs including “I Got Cha Opin” and “Who Got Da Props” as well as some of his newer 9th Wonder-produced work.

Then it was time for the headliner and living legend, KRS-One, to perform. After a great beat juggling intro by DJ S-ONE, KRS ran on stage and went right into his set, knocking out classics like “The Bridge is Over” and “Sound of Da Police”. Long revered as the best live act in hip hop, KRS lived up to his title, continuously changing up the focus of his show without letting the pace slow. He would weave in and out of songs, freestyles and social commentary seamlessly and that made it hard for the audience to zone out of the performance. Also, his freestyles were real freestyles, drawing inspiration from the Brooklyn Bridge towering above him, the lameness of Hot 97, and the state of hip hop. He even took time out of his set to pull Kevin Powell back on stage and give him a public endorsement. Simply put, he was great to see and no opportunity to see this guy live should be missed

Sadly, his set was only about 15 to 20 minutes long and it resulted in a show that felt rushed, and that seemed to be the case with the entire festival. Like I said before, I got in as press, so I didn’t have to pay for a ticket, but if I did I would have felt like I got less than I paid for. It seems like the organizers lost control of their show and let their guests make up their own time slots. There is no reason why I should go to a hip hop festival and see Marty Markowitz and Kevin Powell perform longer than DJ Premier and KRS-One, especially when they’re the headliners. Aside from that, the crowd had a good time and the artists for the most part put on a good show. Let’s just hope next year they watch their clocks closer. 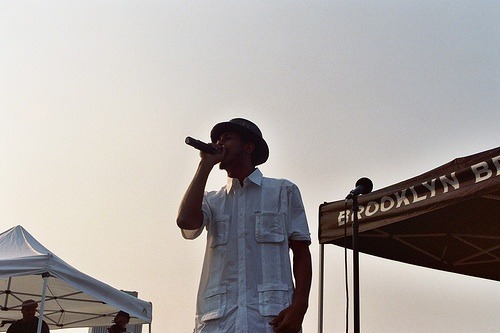 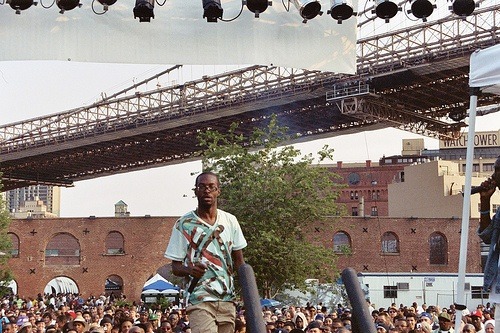 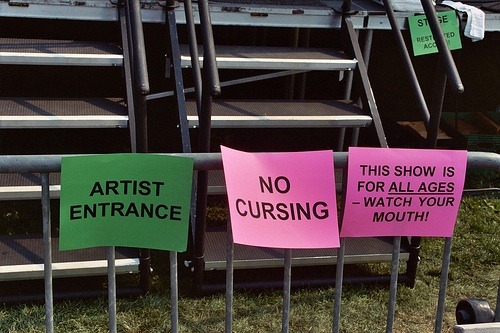 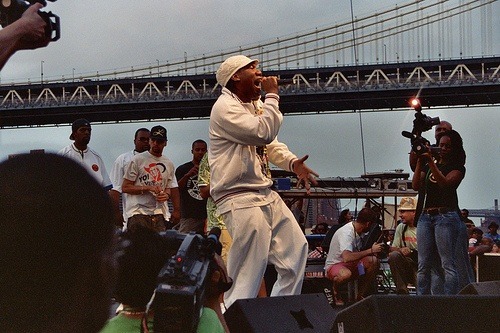 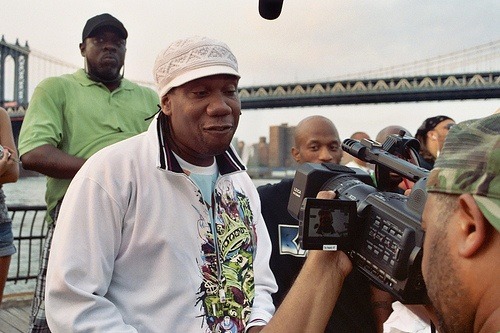