In-stores at Virgin Megastore Union Square are usually short, poorly-advertised, and full of a mix of NYU kids, confused shoppers and the band’s friends and family. And yet, some good acts have passed their way through it, playing to quite a bit less than they’re used to and not expecting much. The sound isn’t as awful as your usual in-store and you can’t hear people making cappuccinos in the background, though you do have to deal with the EPS alarms going off every few minutes.

But what the hell, it’s free. Even though we’re, ahem, media professionals, Impose is all about the free shows. And maybe Virgin isn’t Other Music, but at least it’s not the Apple Store or Barnes and Noble. Plus, a cursory run through the aisles showed that Virgin was carrying six brand new copies of the new Yeasayer, which at least is a step in the right direction. If you haven’t gotten it yet, go get it.

But it’s near-impossible not to love Grizzly Bear, no matter the circumstances, and the lush, symphonic EP Friend, released this week, is already one of the top releases of the season. The songs are complex, the harmonies four-part, and the arrangements cavernous and cinematic.

Playing to the backdrop of a massively crocheted “Friend” banner and a couple hundred Virgin posters, Grizzly Bear breezed through six songs as dense as indie rock forests. The guitarist was still wrapped in a hoodie and scarf from outside. Get some Vitamin C, man.

“We were going to play Conan last night, but there’s the writer’s strike, so. Not that we don’t support the writers,” says the singer. “But we rehearsed with this choir for Conan, so here’s six of the seven of them.” And he brings out a team of singers from the Brooklyn High School for the Arts. It was a bit hard to hear the choir out of a single microphone, but oh well. Guest artists at in-stores are rare enough to be cool, audible or not.

They rocked so hard, actually, that the bassist popped a d-string, and the guitarist had to play the bass line for the last song.

Then I fought back through the crowd to hop onto the L train to Williamsburg for in-store number two.

Sometime in the loneliness of this Tuesday night I start trying to hack away at the overwhelming amount of music I still haven’t heard, so I download a mix torrent (the mix torrent is to the late 00s as the mix CD was to the 90s, the mix tape to the 80s and the radio was before that). The mix, surprisingly enough, kicks all sorts of ass, full of b-sides and live takes and an orchestral arrangement of Interpol’s “Pioneer To The Falls”. But what I end up listening to over and over is a little two-minute song by a band with an odd name that I had never heard of, Ravens & Chimes.

A quick MySpace check reveals that not only is Ravens & Chimes from Brooklyn, but they’re playing an in-store at Sound Fix the next day. Only an hour after the Grizzly Bear in-store, but hell, no one plays on time around here.

So I first heard them on Tuesday then got to see them on Wednesday. Ain’t indie music wonderful? In the olden days people had to stalk bands for years before getting to share bar space with them. Nowadays you can go from ignorant to hanging out in the space of twenty four hours. That’s, like, two steps shy of sleeping with the bassist.

Ravens & Chimes is a six-piece out of NYU that plays Death Cab For Cutie-like literate pop, but through the smog-colored glasses of Bright Eyes or Xiu Xiu. But their distinction isn’t so much in the songs, or even the lovely female backing vocals (female backing vocals can save even the most mediocre of songs), but in the lyrics. “January”, the song I was listening to over and over, is gleefully desperate and honest. Like when he confesses, “Drinking takes me back into your bedroom / and you smell like sweat and liquor / and when you clench your teeth that way, darling it makes me tired again.”

And yet it’s so romantic. “I’m not leaving here without your heart / and you falling all around me / and you’ll be begging me for mercy and I’ll be kissing you deep.” Or where he confesses at the end, “know how badly I want to be loved / and I hear a voice so sweetly / say I’m not a disappointment, she says I’m not a failure.”

The two female members of the band sang backup as well as play keyboards, flute, and a tambourine in the shape of the Star of David (is that a mitzvah?). The bassist doubled on mandolin.

“We had a drummer who was still in school, and he always couldn’t make this show or that because he had class,” says the singer. “Then he graduated, and we were all like, ‘Yeah, no more class.” Then he quit the band. So we got another drummer, who’s in school, and he had class tonight,” and he introduces the synth player, who was sitting in on drums.

But that wasn’t the only substitution. “A funny thing happened on the way to the show today,” said the keyboardist, with her rectangular glasses straight out of an indie comic book. “Someone stole my glockenspiel. So this is what I have in the meantime,” displaying her lunchbox xylophone-thing. “It’s kind of blue and doesn’t have as many octaves, but it’ll do.” The bright grin on her face while playing it was almost worth the lack of octaves.

“Who’d steal a glockenspiel?” asks the audience. “Some car thief with no musical interest or ability!”

They played a bunch of songs off Reichenbach Falls, which came out in early October, and ended with their cover of Leonard Cohen’s “So Long Maryanne”. Cohen’s a good choice for them, not only because that mix of dirty romance and desperation fits the band, but because Cohen covers have the great distinction of nearly always being better than the original. 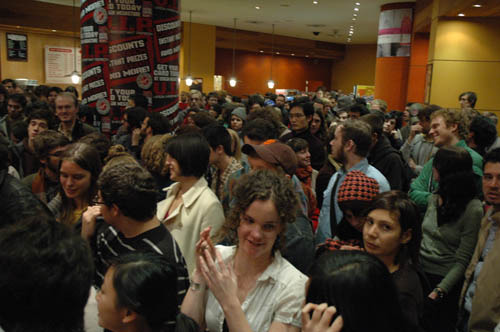 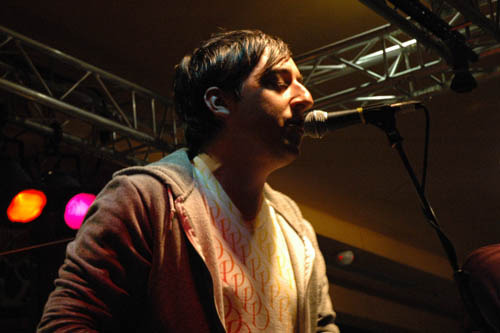 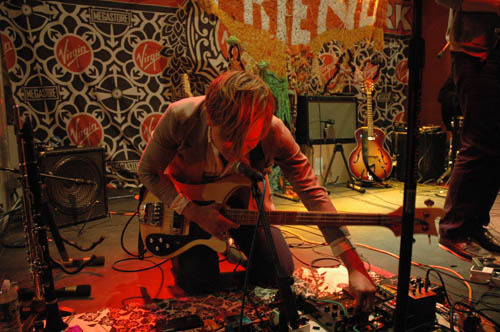 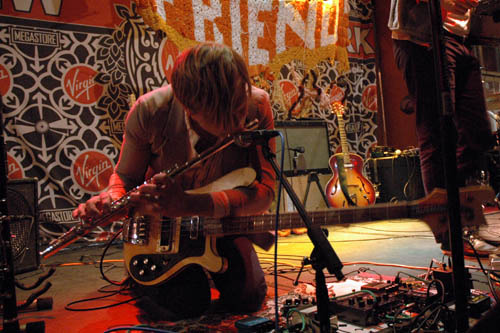 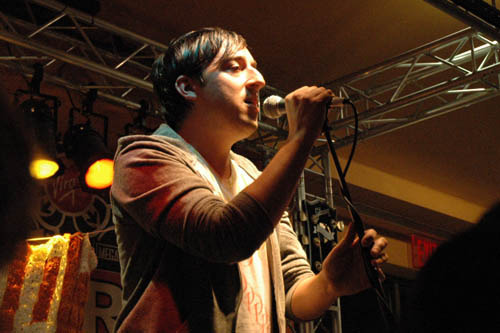 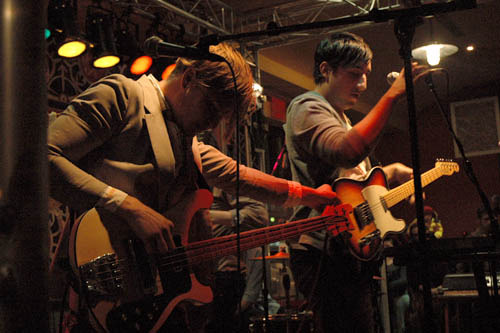 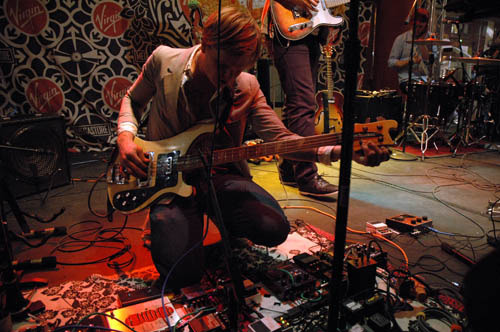 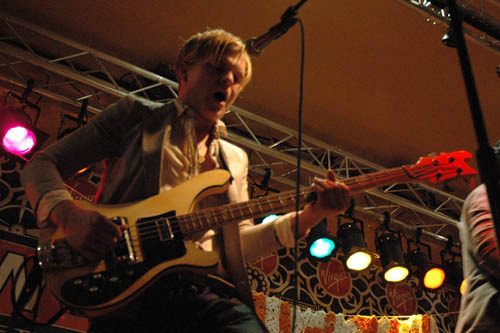 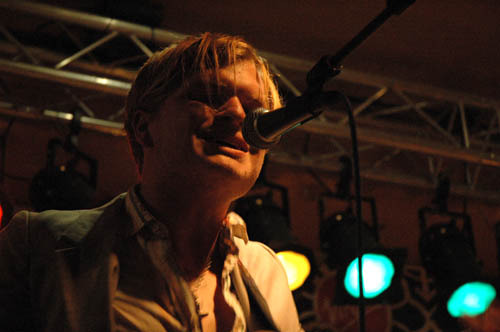 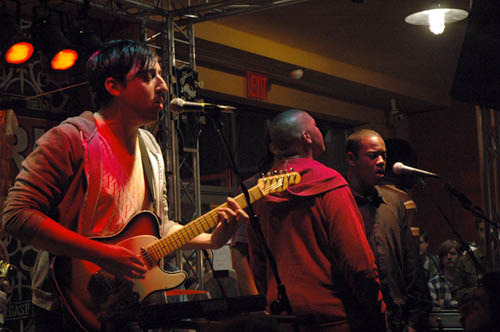 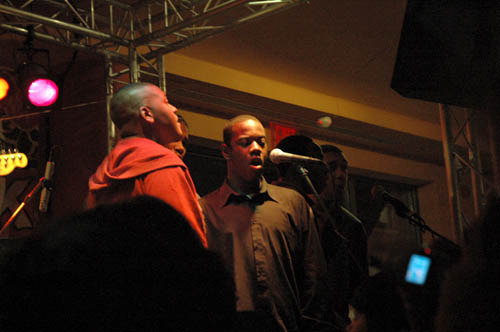 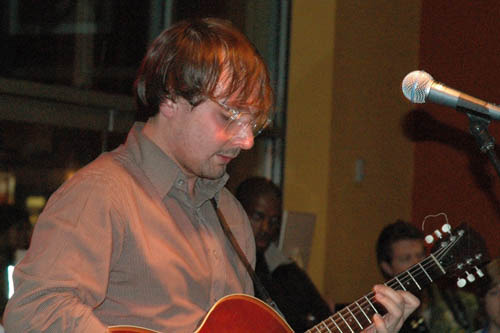 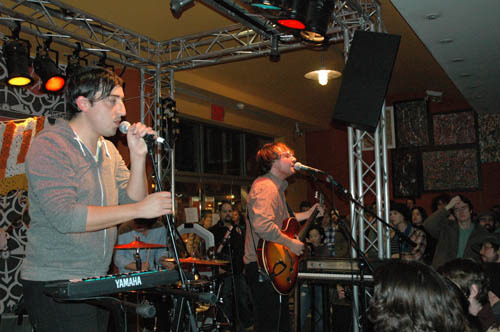 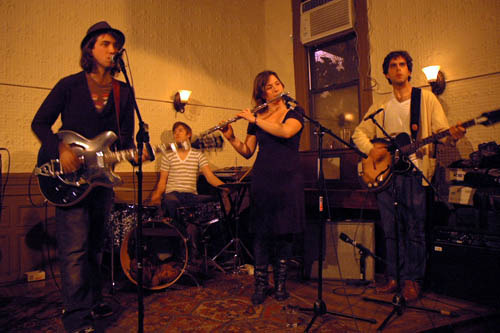 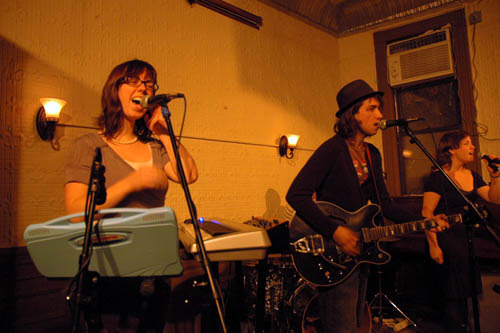 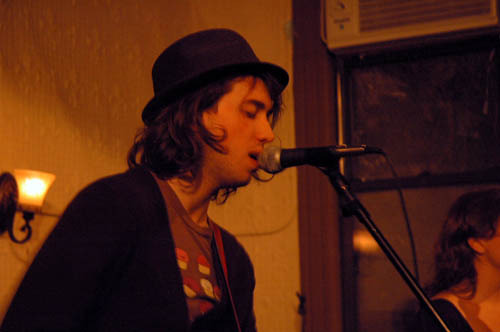 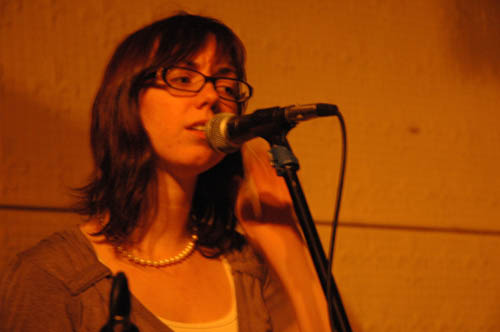 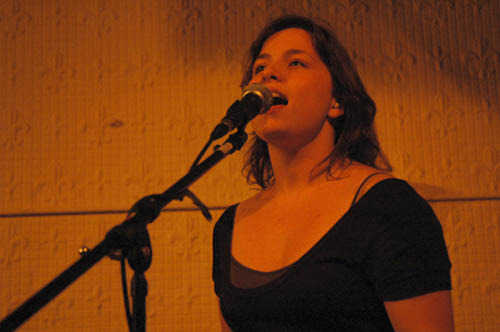 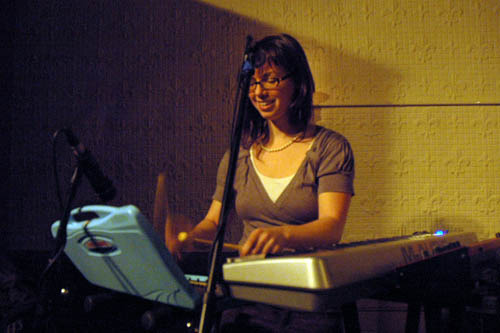 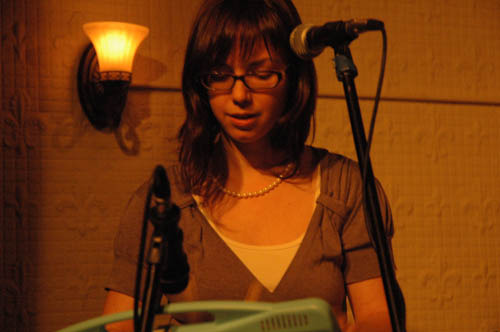 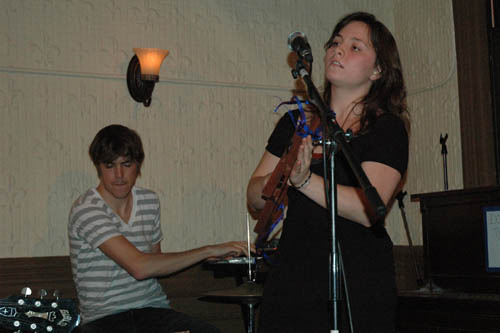 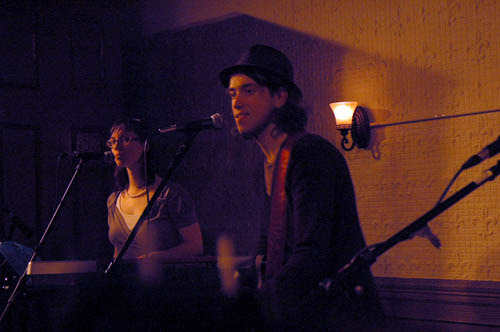 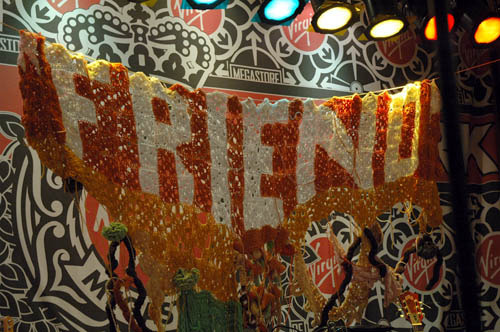