Said the Whale at Bows & Arrows

Back in early March, in the dark, intimate Naked Lounge Cafe of Sacramento, I first came across the fresh and folksy Said the Whale, a Vancouver band started in 2007 by songwriters Ben Worcester and Tyler Bancroft. With gigs lined up for their first U.S. tour, including several shows at SXSW, the musicians stopped in Sacramento between adventures in the Redwoods, shows along the coast and desert navigations. They’re performance, a visual soundscape illustrating the Canadian mountains, the ruin from the 2010 Olympics, navigating in the dark, among other descriptive themes, transformed my tea time into an unexpected evening of dreamy melodies.

But their first show in Sacramento was not without havoc, or, in retrospect, a hiccup. The morning after the show, Worcester, Bancroft, drummer Spencer Schoening, bassist Nathan Shaw and keyboardist Jaycelyn Brown, found their trailer raided, and all equipment and even clothing gone. After the shock had worn off, the members flipped this unfortunate event into a fun filming opportunity, and created a dramatic reenactment for YouTube called, “Jacked in the Sac!” The video elicited an outpour of support from friends and fans from Canada and abroad that offered up clothing, cash and equipment. Though humbled by the response, the band scoured the music shops of Sacramento for Canadian-made instruments.

For some, such an experience would be enough to repel them permanently, but with “the odds in their favor,” Said the Whale returned to Sacramento on Saturday, November 5 to perform with fellow Vancouver friends We are the City and the epic Sacramento-based Exquisite Corps.

“Somewhere, Sacramento, in a dumpster in one of your hidden alleys, is a pile of my clothing,” Bancroft said. But this time he and his bandmates had backup with the show set at the eclectic Bows & Arrows, which is part vintage clothing shop.

So, prepared with a new trailer guard lock, vintage clothing and a large, supportive crowd, Saturday’s show went on without hesitation. Playing a mixture of old and new songs, the band showcased an early release of their new EP titled New Brighton, which was made available online on Tuesday, Nov., 8. The band also anticipates the release of their third, full-length album titled Little Mountains, which will come out on March 6, 2012.

And like their earlier music, the band’s newest numbers are enlivened by the sense of place. Since March, Said the Whale has toured across Canada, the U.K. and twice across the U.S., exploring many new regions and landscapes. These experiences have weathered them well, adding a new coat of character to their sound and overall presence and talk of songs about Florida.

But naturally, the majority of their songs are about their beloved Vancouver, where many of the band members met back in high school.

“I was a fan of Tyler’s high school punk band,” Schoening said. Though punk music may seem a cry from Tyler’s sweet melodies of today, Said the Whale’s influences span far, sonically and culturally. Aside from their penchant for punk, Worcester wears red, gold and green to signify his love of reggae, which he “listens to every day.”

This band’s eclecticism comes through in their songwriting, such as with Said the Whale’s final song, the dynamic lullaby “Goodnight Moon,” which featured Bankroft on ukulele, Brown on twinkling xylophone and Worcester and Schoening adding layers upon layers of harmony. The wistful melody ultimately built to a crashing, chaotic crescendo as members of We are the City shook tambourines, slapped knees and shouted along, “Da da da da da da…!,” serving as a dramatic transition into an equally dynamic performance by Exquisite Corps.

Ultimately, Saturday’s show served as a satisfying nightcap for a restless audience, sending us home with all belongings, but hearts and minds not completely in tact.

Jacked in the Sac!

We are the City: http://www.myspace.com/thecitiesmusic 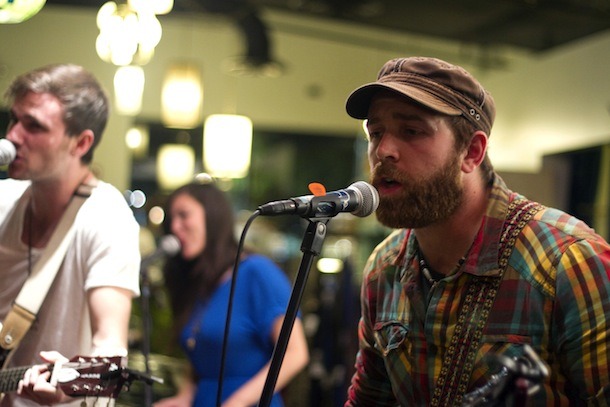 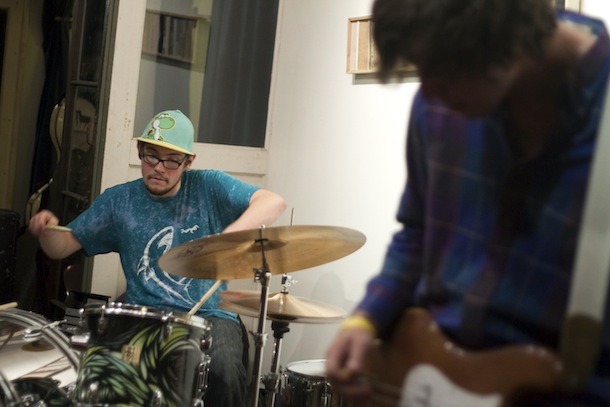 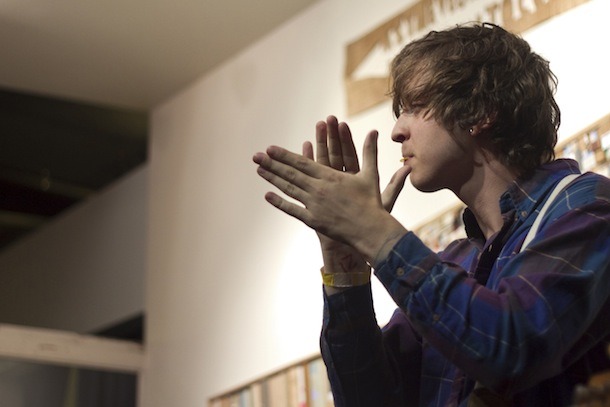 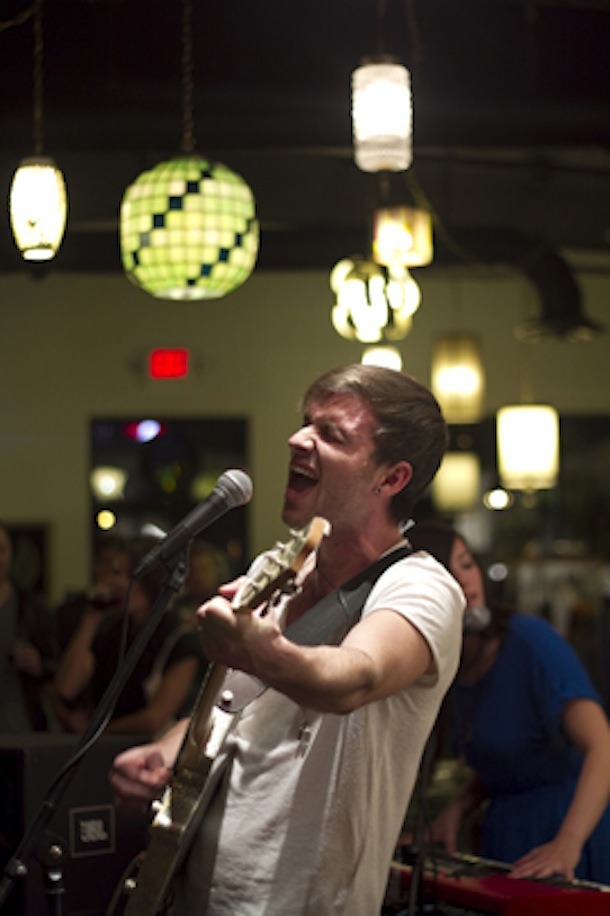 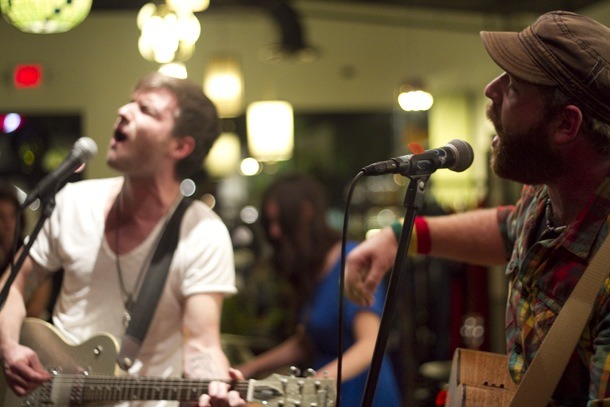 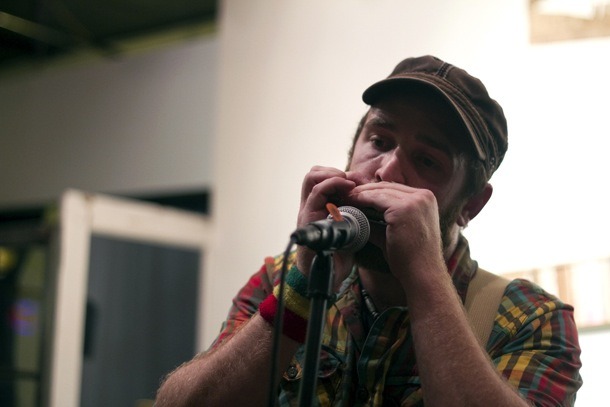 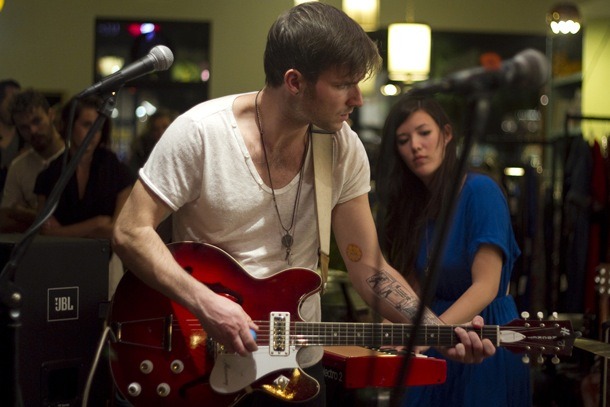 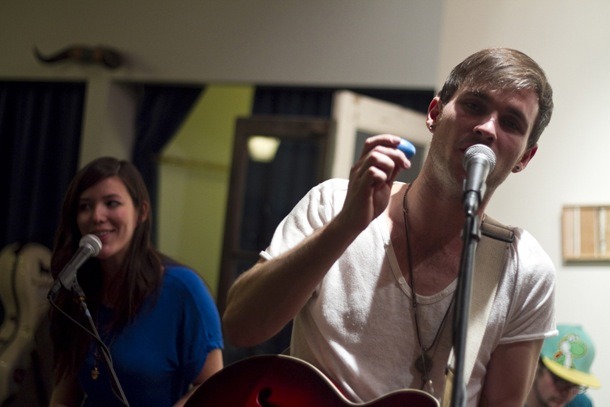 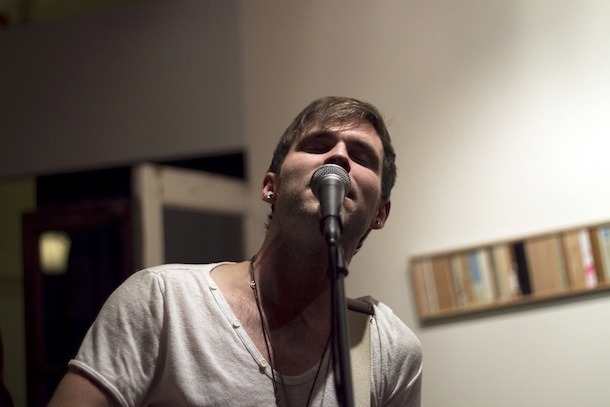 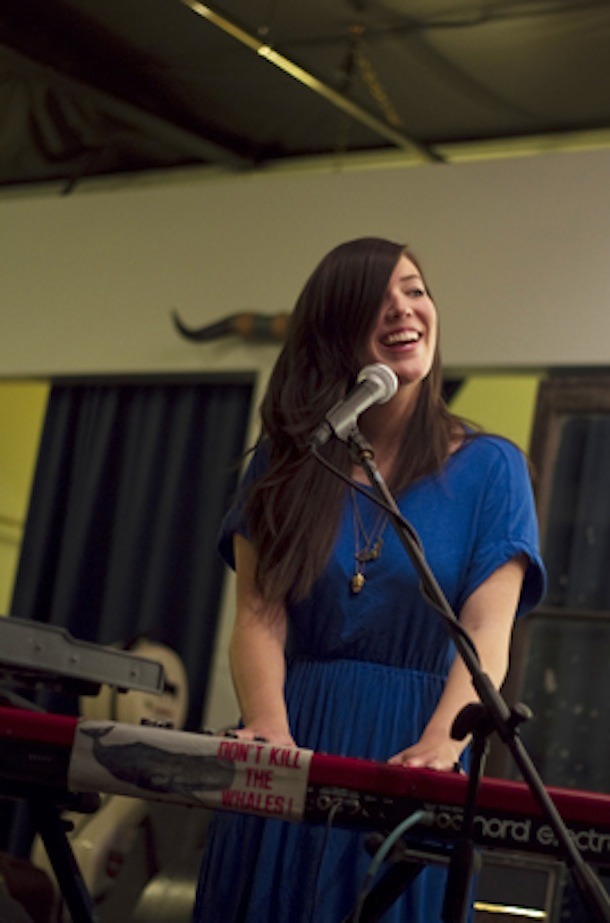 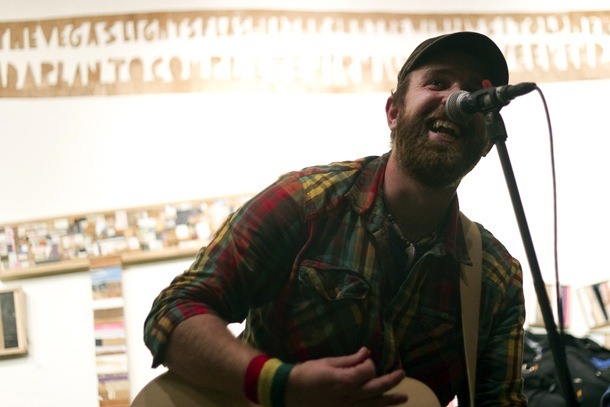 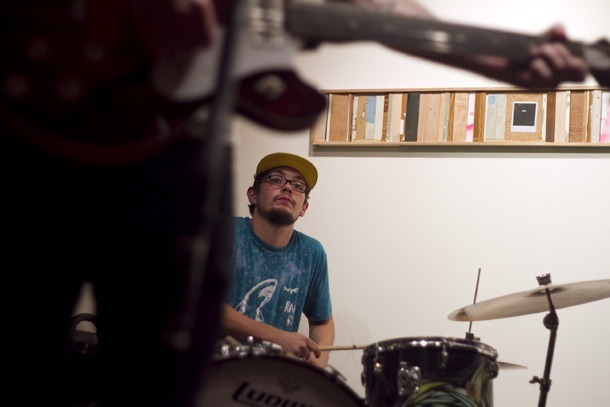 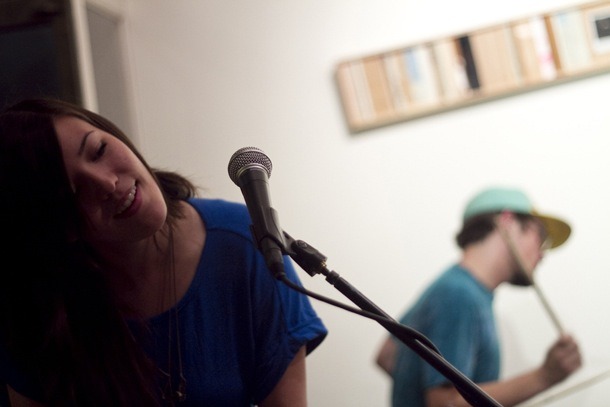 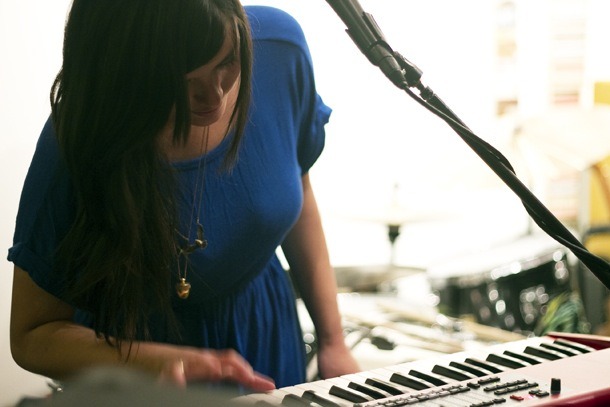 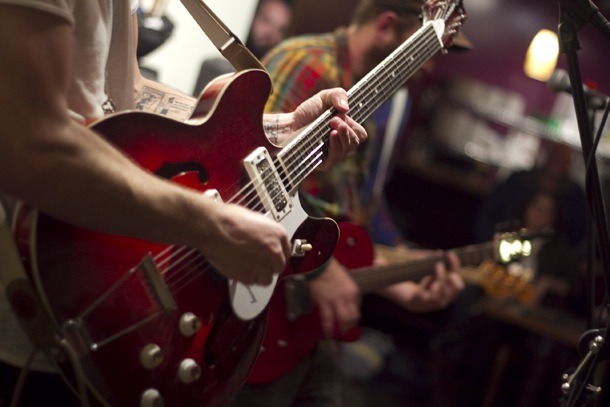 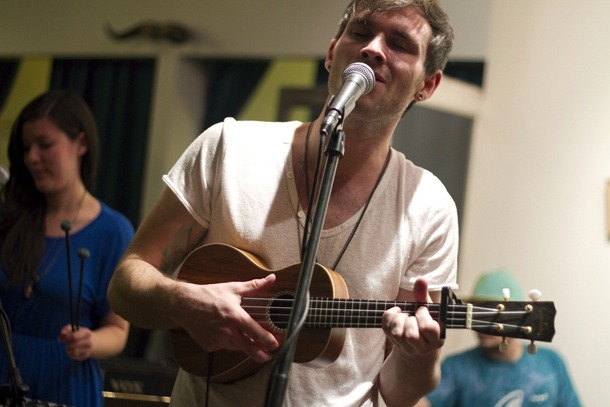 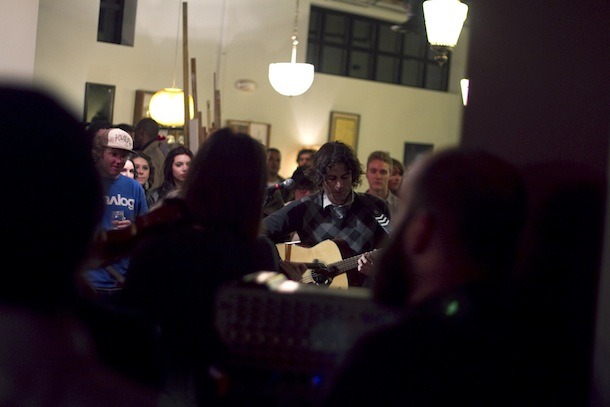 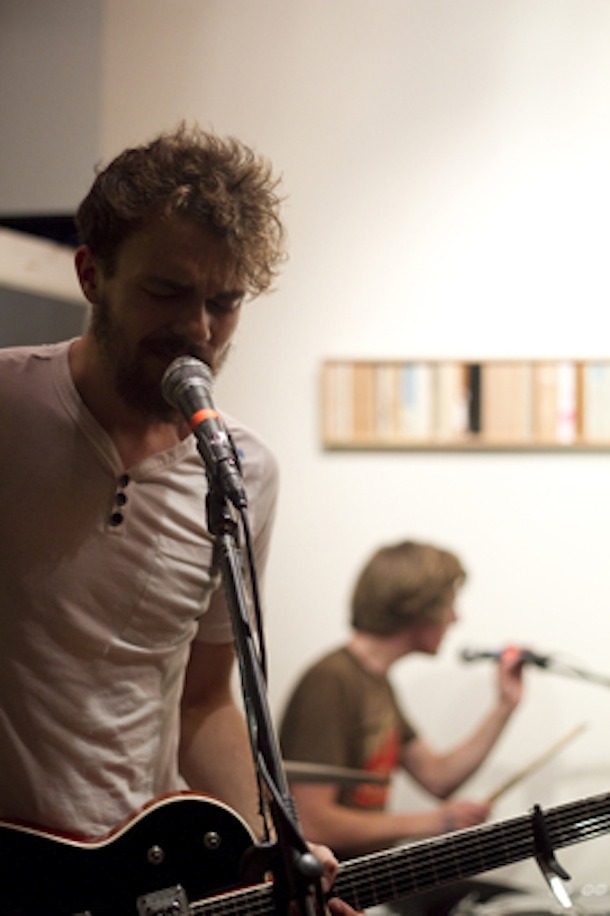 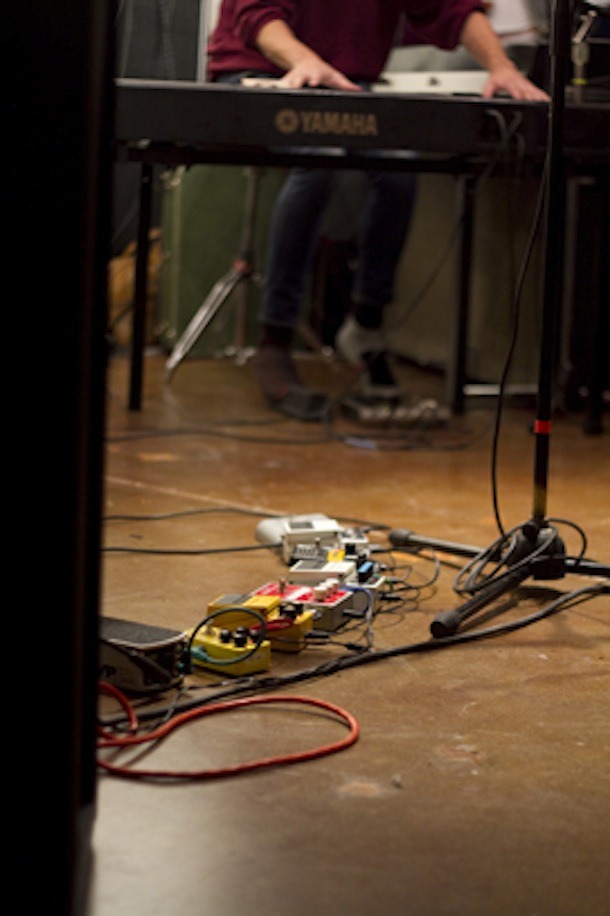 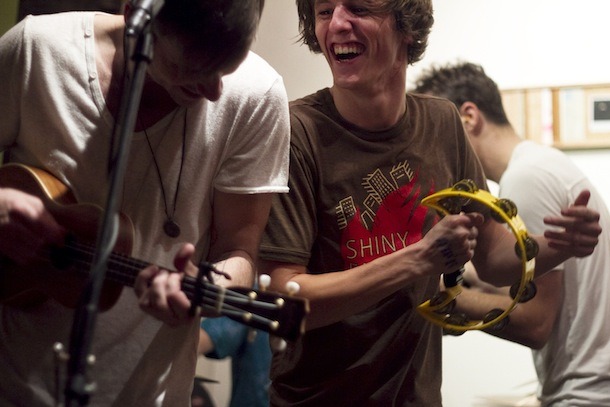