Annie Clark (A.K.A. St. Vincent) has opened for nearly everyone under the indie-rock sun in the past few years: The Arcade Fire, Midlake, Xiu Xiu, Television, a recent stint in The Polyphonic Spree, etc. Now it’s her turn for top billing, and to flesh out her usually-solo show she’s gathered an actual band—violin, drums, bass—in addition to her multi-tasking guitars, pianos and loops. But it’s still the same Annie up there behind the newly-augmented sound, the same charmingly and disarmingly off-kilter Annie who can turn from sweet to sadistic in the stomp of a foot-pedal.

Accompanying her on this power tour is another mostly-solo girl, the British ex-pat Scout Niblett. As delightful and frustrating as an adorable stray cat, she can turn songs about dinosaurs into very serious treatises full of real questions (“Oh dinosaur egg, when will you hatch? I got a million people coming on Friday, and they want to see a dinosaur not an egg”) then rock out, singing with the ecstatic glee of a six year old on Christmas morning. She came on stage dressed in a shiny black blouse and skirt hidden underneath a ratty, well-worn jacket with a faded advertisement for Japanese food on the back. Unintentional metaphor? Intentional fashion statement? Just chilly?

While Scout Niblett and St. Vincent are two singer-songwriters you could hardly find with less in common, both share a certain mischievous playfulness: Annie’s the sort that would stare at you wide-eyed and straight-faced while the cat scampered around painted bright blue, while Scout would be painted blue herself, scampering after the cat. They’re both also utterly deceptive, and unwilling to have anything taken at face value, making for subtle songs with strange tunings.

Scout started with a few new tracks, showing that the next album should be more guitar-based than the last two, and more like her recent EP (Dinosaur Egg/Just Do It). Then she broke into old favorites, screaming out the chorus to “No One’s Wrong (Giricocola)” like she was trying to convince herself as much as us. Then came an extended version of “Dinosaur Egg” (“Solar body, oh solar body, I want to be a glowing ball of light. But still have sex”). Then she left, after only 45 minutes and a handful of songs for St. Vincent and crew to set up. I guess I shouldn’t complain, having seen her headline her own show at the Knitting Factory last fall, but damned if I didn’t want just a little more Niblett.

Annie Clark was much happier and chattier, politely rebuking several proposals while playing the title track off Marry Me and hiding behind her Kate Bush-y bushy hair.

“There were alternative titles we came up with for ‘Marry Me, John’,” she said between songs. “The first was “Marry Me, Dude’.” But the problem was it has to rhyme, so it would have went “Marry me dude, marry me dude I’ll be so dude to you.'”

After playing that and “Your Lips are Red” she asks, “So we’ve played a few love songs now, but what’s the other part of love?”

The audience throws out some answers.

“That was a rhetorical question, really. But it’s cute that you answered. The other part of love is, of course, murder.” Then she went into “My Baby had to go,” punctuating “bang, bang” with foot pedals. No, you don’t want to cross St. Vincent.

“Paris Is Burning” is where the band showed off its musical muscle, with crashing drums and shuddering violins turning this dark cabaret song a notch more haunting.

For an encore she came back alone with just her guitar and sang “What Me Worry?”, a tune that feels straight out of the Billie Holiday songbook. She makes it hers though, in a way that would make even Billie proud. I’ve never heard a voice as effortlessly precise as hers. It’s utterly unassuming, never strained—she never sounds like she needs to try at all, which makes it all to easy to overlook what she can do with it. Even within the somewhat limited vocabulary of Marry Me, Annie Clark stands out for both her wit and her voice. 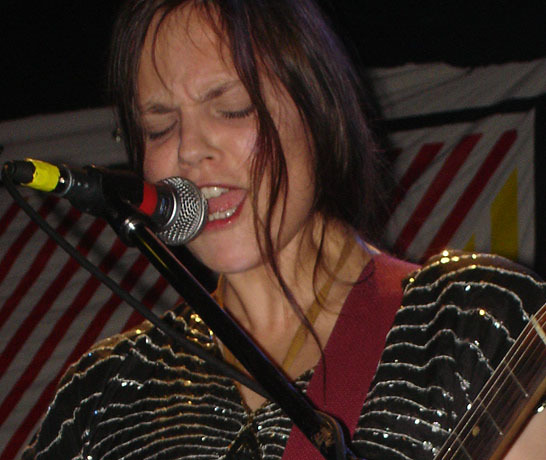 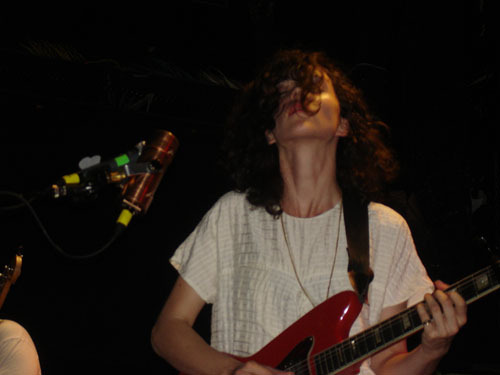 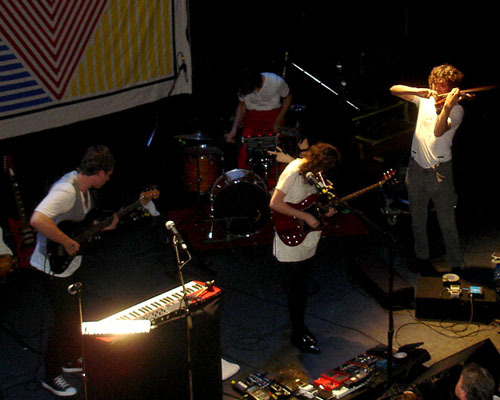 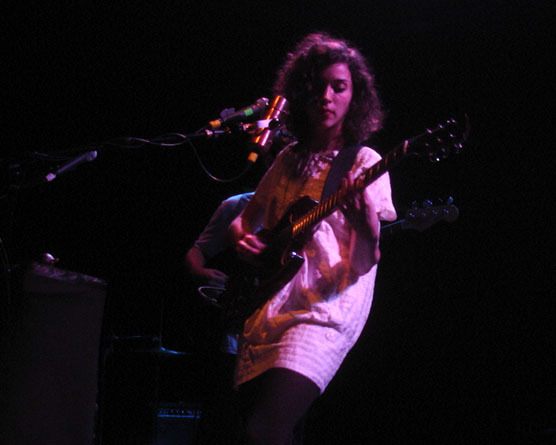 I got a million people coming on Friday, and they want to see a dinosaur not an egg") then rock out,... 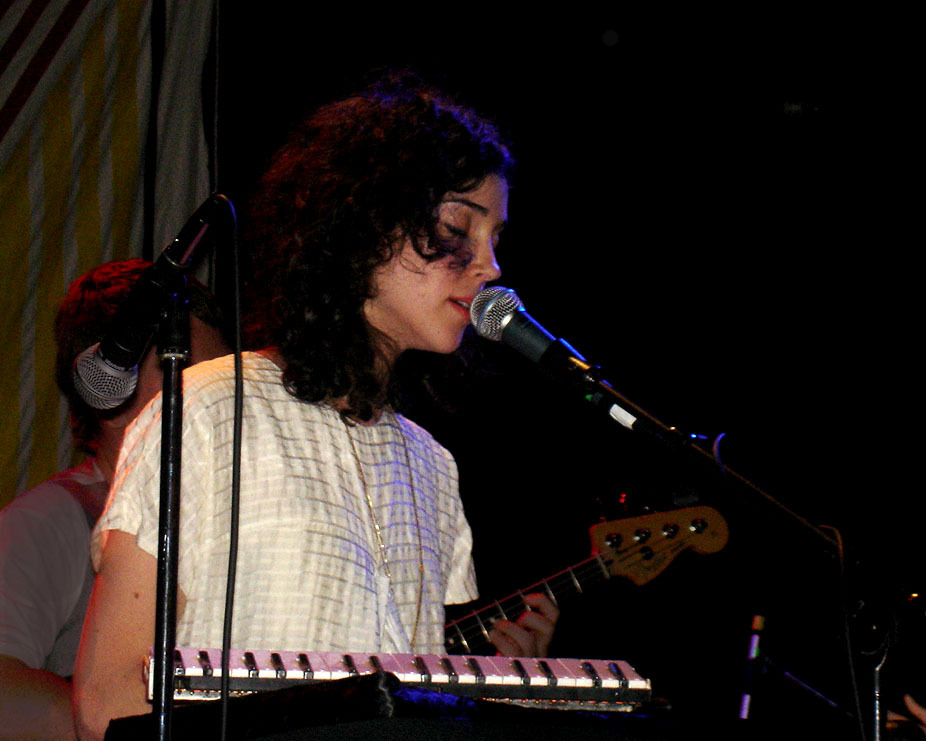