Anthems For A Stateless Nation – Noah And The Megafauna 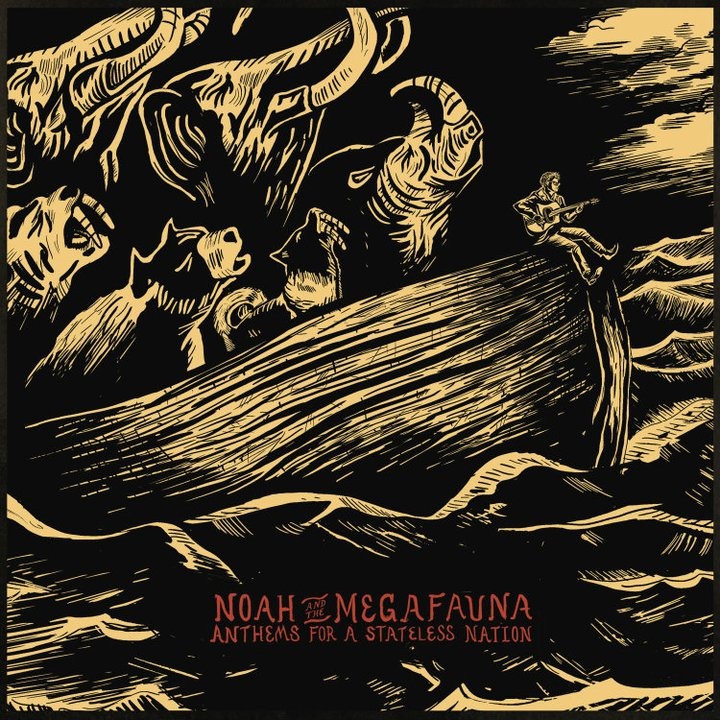 Noah Lit, formerly of the indie rock band, Oliver Future, has got something good going on with his “gypsy jazz” project, not to be confused with Megafaun. Joined by his brother, Joshua, on vocals, piano and accordion, and another brother, Gabriel, who came aboard to arrange and play clarinet, Lit has assembled a band that captures the same kind of dialectical artistic spirit as The Pogues, while playing music somewhat less commercially viable than brooding Irish-punk. They mix in parts from the “rock idiom” insofar as the songs take on a recognizable verse-chorus-verse framework, but with a core sound that stays tuned to a traditional form.

Of course, most people will immediately holler, “Django Reinhardt,” when they hear some swinging rhythm guitar, because it’s the only point of reference they know, but soon after being introduced to the swing you hear something more on this album. Adam Lasus, who has produced Clap Your Hands Say Yeah and Yo La Tengo, provides a sound that isn’t too scrubbed, and they resist the tendency to make every song a breakdown, showing some necessary restraint and not forcing things. Sometimes the whole notion of playing early 20th century jazz becomes the object itself, and some players feel the need to overdo everything.

Gypsy guitarist Gonzalo Bergara offers a hand, or two, on this record, and his association lends some authenticity for the haters. A few songs in things really get going: “Those Already Blessed” could stand unashamed alongside any number of songs by The Pogues. “Moan All Night” is almost beyond description, like a loose Calexico hanging with Los Lobos and Sam Beam while jamming on a Little Feat b-side, but that’s not really it, either. There’s a cornucopia going on here musically, and the songs all demand some close attention be paid to them. The end result is a powerful musical statement. This band has taken itself from a studio creation and become a living creature, and if they’re this good on record they must absolutely kill it live.