Drifters/Love Is The Devil – Dirty Beaches 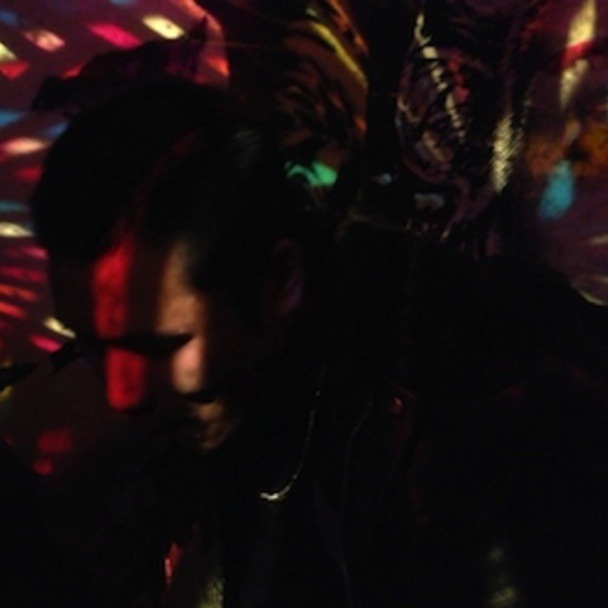 “Is this what Hell sounds like?” someone recently asked me as “Belgrade,” a particularly ominous instrumental from Drifters/Love Is The Devil, played in the background. Now having spent a considerable amount of time with Dirty Beaches’ four-sided follow up to 2011’s Badlands, my guess is that, at least for Alex Zhang Hungtai, the answer is yes.

Badlands was the story of a transient living just out of reach of his demons. Every time Hungtai slowed down and got contemplative, a black, nameless feeling drifted up from the shadows of the seedy motel rooms that ornamented the album’s landscapes. There was the sense that if he stayed in one place too long, everything would go up in flames. Early on in the arc of Drifters/Love, all that hellfire finally consumes Hungtai.

Tension and escapism defined Badlands. Tragedy played a role in it, but it was always just around the corner, something the album’s characters were perpetually outrunning. Drifters, the first and more song-oriented half of this double LP, is where we’re finally forced to pay the price for indulging in all the broken promises and midnight trysts Dirty Beaches’ dark romance is constructed on. It’s where we have to stare tragedy in the face, and agonize as it stares back at us.

The set begins with debauched, synthetic psychobilly that’s not so far removed from prior releases. But this time, it’s darker, denser, and a lot more “Warm Leatherette” than Roy Orbison. Gone is the possibility of open road getaways, and in its place is the claustrophobic feeling that we’re trapped in the passenger seat as a well-over-the-legal-limit Hungtai pilots us through endless tunnels, sans headlights.

Drifters eventually climaxes with a pair of stunning, minimal synth murder ballads. Built over a soundscape that suggests smog drifting through a derelict warehouse district, “Au Revoir Mon Visage” finds Hungtai delivering some broken French with heaving, death knell vocals. It coalesces into what could pass for a nightmare audio track cut out of Twin Peaks after being judged too gruesome for mass consumption. Grim as it may be, it feels like a warm up for the horror show of “Mirage Hall.” A song that resembles John Carpenter transposing “Frankie Teardrop” to L.A.’s Skid Row, it uses little more than ten minutes of rudimentary drum programming and banshee-shrieked, grade school-level Spanish to curdle the blood.

The almost entirely instrumental Love Is the Devil, then, plays like the expansive aftermath of Drifters’ violent destruction. It’s also where Hungtai delves headlong into the penchant for cinematic expressiveness only hinted at on Badlands. Rainslicked metropolises, gray coastlines and sun-scorched deserts are all evoked by simple guitar figures and maudlin synth compositions. Despite the lo-fi origins, these songs come off like vast places to be wandered through alone; the elegant devastation of pieces like “Berlin” and “Love Is the Devil” have an atmosphere that’s akin to witnessing a lonely vigil in a condemned, rotting cathedral.

Granted, this kind of meditative evolution is bound to lose some fans that were hoping for a retooling of the old shit, and it’s pretty easy to imagine what could have been, had Hungtai resigned himself to staying in character: Record in a real studio, emerge with a more manicured clone of the well-received Badlands and reap the rewards of being the best pomade-wearer in all of indie rock. But it’s progress that won’t come as a shock to those who cared enough to dig into the extended Dirty Beaches catalogue, one that includes a healthy amount of film scores and ponderous ambiance.

Nor will this growth surprise listeners who have picked up on Hungtai’s gift for wrangling personal truth out of his chosen source material, be it AM radio or Angelo Badalamenti. Hungtai’s made it abundantly clear that, at the bottom of this abyss sits his — and, by extension, the listener’s – fears and sins. It’s uncomfortable listening, to be sure, and it doesn’t exactly lend itself well to the daylight hours. But as soundtracks for the waning hours of cursed nights spent alone go, 2013 probably won’t produce a better one than this.