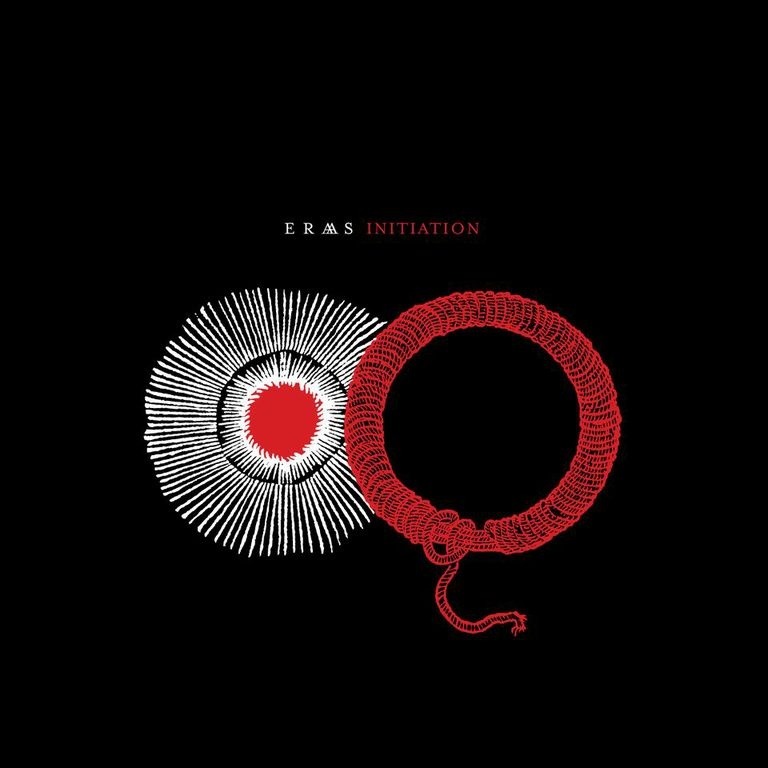 With each mention of ERAAS on the Internet, one ubiquitous description follows: “dark.” As there is no accompanying legend of blood and violence (a la Mayhem or Gesualdo), the descriptor is applied directly to the music itself. On one hand, it’s refreshing to hear a piece of music addressed on its own terms, as a work of art uncolored by its immediate context—we remember (if we ever forgot) that people can create evocative work without, say, eating a brain. But in the case of ERAAS’ new record, Initiation, the “dark” label works almost directly against the music, creating an expectation that the album fails to fulfill.

Initiation opens with a muffled sample of a perhaps-distressed woman, which expands into a cinematic, softly grinding industrial beat. This was tailor-made for a slasher film score, and all the components are there: the choppy, staticky guitar noise, the booming, patient drums, the ghostly synth. Again, it’s cinematic and grey, albeit lacking in any kind of tension until the vocal comes in: “who’s in the doorway/when I get home/ coming down the staircase/ meeting eye to eye.” It’s probably not supposed to be the narrator’s wife and kids, but the vocal delivery is calm enough to suggest it could be. Later, the song finds some merit with a ghostly, operatic melody in the background, but by then the beat has dragged on for so long that its opportunity to captivate has passed.

The album continues in this vein, more or less: grey ambience, unchallenging beats, and emotionless vocals delivering narratives that don’t exactly hold attention spans. What this kind of “cinematic” music does best is provide a supplement for something else—like taking a bloody, alarming scene from a film up to the next level by sort of entrancing the viewer. In other words, this music by itself is not a main event. There is, unfortunately, no main event here, unless you count the repetitious vocal exercise on “Old Magic”. Possessing the album’s most emotionally loaded vocal delivery, “Old Magic” smuggles the album’s least rewarding melody as its centerpiece. And even then – when there is seemingly nowhere to go but up – the best moments on the record have already happened.

The high water marks come in a pair—“Above,” followed by “Guardian/Descent.” The former is interesting for its lack of anything really comprehensible—no discernible song structure, no lyrics, just a weird, short groove to get briefly entranced by, with disorienting but well-calculated guitar and vocal interjections. Its sort of muffled incompleteness is a rare departure into the evocative. “Guardian/ Descent” is notable mainly for its sunny, loaded melodic pattern (closely related to Beck’s “Girl”), which stands in tension with its brooding sonic palette. With soundbites like “when I come to the circle,” this could be misread as a party tune, and that ambiguity is a necessary break from the bleak monotony of Initiation.

As I’ve already stated, there is no main event. Other records on which there is no main event include Barbra Streisand’s The Classic Christmas Album and the collected works of Kenny G, although at least those serve to supplement other main events: Christmas and middle-aged relaxation, respectively. Initiation ends up being easy listening for the Bauhaus set—it contains all the signifiers of “darkness” with none of the tensions that make dark things interesting. It’s not that the band should eat each other, or fire their publicist; it’s simply that, in choosing the dark side, they should create something with a little more teeth, or else team up with someone who makes slasher films.