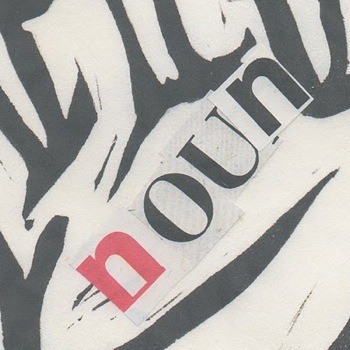 To call Noun’s Holy Hell the premier solo record for Screaming Females heroine Marissa Paternoster is a bit of a stretch.

Females bassist Michael Abbate and drummer Jarrett Doughtery make appearances to help fill out the record, along with fellow tri-state area punk vets Angela (Angie) Boyland (Little Lungs, Cheeky, Each Others Mothers, Dead Dog) and Miranda Taylor (Hunchback, Black Wine, Full of Fancy), which makes the album appear as more of a Scremales side project than a departure into the unsteady and often daunting realm of the first full-fledged solo record. But with her friends by her side, Paternoster puts herself on a block; striping away the “rock star,” peeling off the hype machine (the swooning Village Voice spreads, the iconic endorsements from J. Mascis and Jack White, and even the drool-covered jaw of this particular mag) and coming out as a person. Holy Hell is a pristinely produced and unflinching pop record, not the robust masterpiece of the Screaming Females career but ten songs that honestly portray the breath of Paternoster and would fit right in with the best hits of 1995-era MTV.

The record begins with “Black Lamb,” a sultry, wispy piano tune with the subtlest of guitar accompaniment; Marissa’s voice floats on air for the melancholy chorus, “When I lose all feeling/ We’ll come home.” A central motif of the record, Holy Hell seems to be about success, and how much it can alienate the face behind the hype. The album’s final track, “Talk” begins, “I have a way with words that has siphoned me into a hole.” As one of the quirkier tracks on the record – with its minimal percussion and looped arpeggios – “Talk” has an obvious debt to Flaming Lips-esque bizarre bubble gum but with her Annie meets Patti Smith croon, Marissa seems to blend the music in a more humane way; it’s not tongue-in-cheek, it’s disorientation. The dizzy spells serve her well, as the second track, “Outerspace” (undeniably the record’s most viral infection), rehashes the same frenetic Dinosaur Jr.-hued pop that earned the Scremales their salt, but with Holy Hell, Paternoster takes more time to soul-search after the accessible explosions rather than jumping right into the next guitar porn riot. There’s more dynamics, more layers, more room for quiet spaces; Marissa underplays her fast fingers and lets the vocals lead the sad, suburban nostalgia march of the dead.

If it’s anthemic, that’s because it’s sincere. While some of the better bands out right now stick to painting the same color, Marissa gives you half her palette. This record is about what the attention does to the female, how the Noun is shaped by the movement it created, and this reflection allows Paternoster the freedom to venture into some new territory, whether cabaret-tinged piano balladry or distorted blasts that prove that the Smashing Pumpkins are way better of a band conceptually than in what they actually ever delivered.