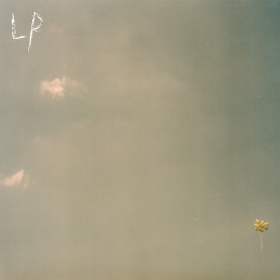 In 2009, Deerhunter member at large Lockett Pundt had his Lotus Plaza moniker overshadowed by the Deerhunter hiatus and Bradford Cox's “accidental” leak of Atlas Sound's Logos album. Pundt's solo work that year, The Floodlight Collective, traded in the kind-of 60s tinged shogaze The Jesus and Mary Chain is best known for, with tracks like “Quicksand” and “Whiteout” seeking a subdued upbeat rhythm pallet and smearing it to absolution.

It was a consolidation of the best work Pundt had done to date in Deerhunter, but not totally exemplary of his abilities and breadth in that band. Move forward three years and the cleanest album of Deerhunter’s career—the late 2010 masterpiece Halcyon Digest—and we’ve arrived at Pundt’s newest solo work, Spooky Action at a Distance. A focused release with a full sound, Lotus Plaza achieves yet another essential release in the Deerhunter canon. You’re getting nine sparkly, drowsy rock tunes that might freak out your mom but are also fun to make out to.

Largely, the album takes the winningest formula in Pundt’s career, the riff-based songwriting of the Halcyon Digest deep cut “Desire Lines,” and expands upon the dynamic drive of a single-motive formula. Where there it was an Eno-styled up-and-down interplay on the guitar that brought the whole thing to life, Spooky Action exemplifies across a broader thematic basis the kind of drive Deerhunter’s most straightforward are lauded for. After a brief abstract intro, opener and single “Strangers” introduces bright and high riffs before synth bubbles up the left channel, taking a dramatic ritardando to the end. “Out of Touch” trades the opening vocal for a pinched-harmonic delay, building to mesospheric clouds.

Though Spooky Action is engaging, Pundt hasn't really much to say. Lyrics like the opening lines of “Dusty Rhodes” far from inspire but rather emphasize just how nonchalant the songwriter can be in contemplating volition through tonality rather than verse: “If there comes a day when I must go, will you come with me so we won’t be alone?” His vocals really standout when he pushes himself to the next register; second single “Monoliths” might be the most successful, its foreshadowed harmonies kicking in with zeal. It’s following track, “Jet Out of the Tundra” attempts to embrace the really bouncy pop of other riff-based bands like Beach Fossils. Instead of just running with the beat, though, Pundt opens up the melody into a halftime drift with a clever piano run.

It’s odd Pundt is so comfortable at this uncharacteristically bright tempo, bending his vocal around the beat and closing with big, abstract chords still across that bounce. “Eveningness” takes a classic psychedelic bassline as foundation and spreads it across five minutes of harmonic hypnosis. Its following cut, “Remember Our Days,” finds delayed piano at the end of the record’s brightest track. With closer “Black Buzz,” Pundt seems to take all of its predecessor into consideration and strip it to its core, before building back up into a full-minute meditation on one big tone—a seeming bare-bones recognition of the mono-appliance he applied so deftly across the entire release.