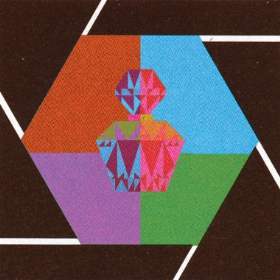 Family Perfume contains the fickle charm and self-indulgence of a nostalgic home recording project, but its 28 tracks are inundated with an arresting aesthetic cohesiveness that elevates it beyond a pastiche of sole member Tim Presley’s obvious influences.

After the tone is set with a pitch-bent spoken intro, “Swagger Vets and Double Moon” arrives like an aborted Futuristic Dragon-era T. Rex track, only with a dense, positively blown out recording ethos. Like most tracks, there seems to be incalculable guitar overdubs, with tones harkening to such divergent sources as pristine glam leads, primal fuzz damage and even acoustic finger picking. But if Family Perfume was only a genre- hopping recording project, it wouldn’t be such an accomplishment. Presley insidiously asserts his song-writing chops in the relatively unadorned tracks where his vocal melodies are brought to the foreground. There are many flourishes like the exalted, sparse chorus on “A Hermes Beach” and the unnerving key changes on “Daily Pique” to solidify that the studio trickery and stylistic appropriations is not a veil for poor song-writing.

Only a few tracks into the album and Presley’s dual roles as song-writer and engineer are evident by the stereo panning, erratic changes in volume and gratuitous studio manipulation. The hiss and compression of crude analog tape machines is common in the modern climate of home recordings, but here, studio experimentation is so prevalent it assumes the role of an instrument, sometimes at the expense of song structure. Ostensibly, Presley doesn’t seem concerned with actually finishing the songs on Family Perfume. Many of them gestate in warbly tape manipulation at the outset, saunter into elongated verses and end in disarray. Heard individually, they might seem like exoskeletons of songs waiting to be fleshed out, but repeated in the context of a double LP this technique imparts a jarring unpredictability. Presley hooks listeners with a groove, texture or psychedelic dawdling, and then discards it before we can dismiss it as a pop song.

Listeners expecting a case of garage rock moderne based on his recent collaboration with Ty Segall will be disappointed. “Down PNX” is the only straight-ahead garage track, but keeping with Presley’s usual refusal to be pigeonholed, the flippant Sterling Morrison-informed guitar leads eviscerate the garage formula and a messy tape cut-up at the end evades marginalization. White Fence might be associated with modern garage or psychedelic, but their approach is differentiated by its convoluted charm. “It Will Never Be” is easily the album’s longest track at nearly seven minutes, and it seems to encapsulate Presley’s oblique strategies. For the first few minutes, a sluggish tempo is maintained by rudimentary drums buried a furlong deep in the mix, meandering guitars nestle comfortably on top and each vocal line arrives with the elusive alchemy of a fully realized pop hook. As if consciously countering the syrupy pop he has conjured, Presley follows his catchiest moment with the record’s most indulgent psychedelic mire. For approximately another four minutes, “It Will Never Be” becomes a nebulous marsh of dissonant keyboard, meandering guitar and thick production. In “It Will Never Be,” as on the rest of Family Perfume, Presley successfully crafts accessible, backwards looking pop, but deliberately obscures it with esoteric experimentation.