You’re My Lover Now – The Teeth 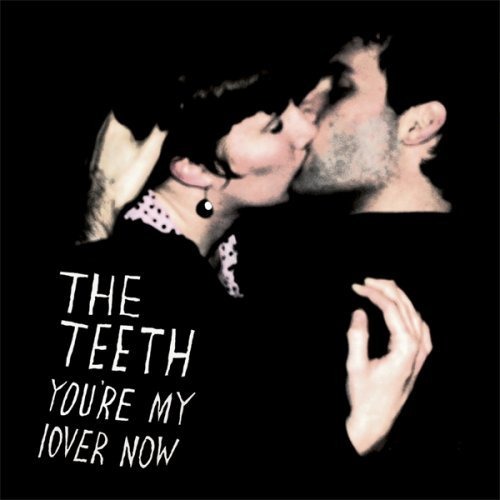 Loaded with enough characters to people a Dickens novel, You’re My Lover Now is full of bite-sized vignettes so frank and fearless that you almost feel like you shouldn’t be listening. Led by twin brothers Aaron and Peter McDavis, Philadelphia’s The Teeth recorded their fourth self-produced album in a warehouse amid a crap-ton of interpersonal tumult (even a real fistfight!). As a result, You’re My Lover Now boasts runaway melodies, ballsy builds, and lyrics that read like your scandalous friend’s drunkenly scrawled diary.

The band’s live show is a dizzying, frenetic stomp-a-thon. They haven’t yet figured out how to contain that level of intensity on a record, but they’re getting closer each time. The derelict production quality of You’re My Lover Now, which can initially be off-putting, is actually what manages to successfully channel a hint of The Teeth’s rowdy stage energy. None of the songs are longer than three and a half minutes, which aside from the song writing’s cavalier brilliance and the passionate level of performance, adds to the record’s instant enjoyability. In short, it will grow on you fast.

The title track is the album’s strongest. I liken it to a dirty bootleg version of The Beatles’ “Don’t Let Me Down.” When the wailing vocals come in at about the halfway mark with “I would,” you can almost swear you’re listening to John Lennon. “The Trumpets Blared” shows the band’s uncanny talent for storytelling with a chaotic, booze-soaked wedding scene propelled by frenzied drum fills and melancholy descending vocal lines.

Another thing about The Teeth: their songs are so damn visual that it’s hard not to direct mini-videos in your head. When “Molly Make Him Pay” bursts through the door with an almost vaudevillian Elton John-y piano line, it’s easy to imagine the band huddled in a smoky, old-time bar while drunken revelers perform a stumbling (but choreographed) can-can. In “Rabbit Run,” the plodding, hungry feel conjures the image of the band pulling farm equipment, all sweating and agonized, dressed like Henry Fonda in The Grapes of Wrath. “Shoulder Blade’s” Dostoevsky-like paranoia more than lends itself to a three-minute hipster version of “Crime and Punishment” – with subtitles!

The album isn’t perfect. Some of the ballad-esque tracks are too wimpy, the walking bass lines tedious on record (though awesome live), the aforementioned production shortcomings a bit distracting, but if you can’t hear the potential for greatness here, you just aren’t listening.