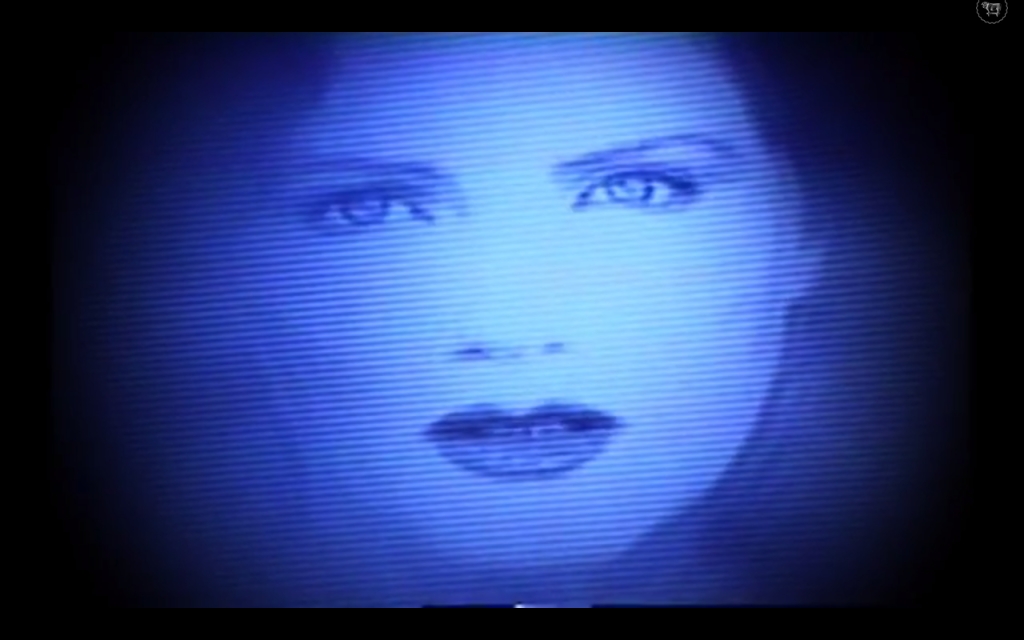 Eytan Tobin is a Toronto based, Israel born trip-hop DJ, who loves anime and Kanye West. Last Tuesday he dropped his latest release For Everyone, via Rare Beef. This short four-track EP is full of darkly emotional songs and we couldn’t recommend it more.  Tobin’s love for film and anime translate well into his music, making for a deeply cinematic listening experience. On top of releasing his latest EP for absolutely free, you can go to his bandcamp and soundcloud which feature all free downloads of his music as well as a dope Bound 2 remix.

Tobin’s latest video for “Spaiku Talks” creates a visual collection of VHS stock footage and cult movies, which blend together perfectly with his rich and futuristic beats. The video is as calming as it is chaotic, contrasting images of colorful geographic shapes against great Amazonian wild fires. On top of the enigmatic visuals and sounds, there is a sort of poetic monologue dubbed over the track that reads, “It was just that he was all alone. Always by himself. Never anyone to share the gain. A man who lived in dreams. That’s who he was.” This simply adds to the multitude of strange things that are going into this video, making it even more surreal and awesome, like imagining if David Lynch directed Tron.

We caught up with Tobin to talk more about his video, the move from Israel and futurism.

I love this video. Who put it together? Where are the clips from?

Eytan Tobin: Thanks! Josh Studham made it. He’s an amazingly talented glitch and video artist from the area. He projected some of his work at a party of mine, fell in love with it, and he happened to be totally down to work on this with me. I’m going to let him talk about the video because other then the song, it’s his baby.

Josh Studham: The clip of the guy in the suit is from a movie called Following. It’s Christopher Nolan’s first feature. I saw it long time ago and I thought it would work for the voice over. The blue woman and the Japanese dude are from Johnny Mnemonic. I like to hunt for VHS at thrift stores, and it was just a random find. There are a couple of other clips that just came from archive.org.

For the abstract visuals, I use Quartz composer to program makeshift video synths and then I’ll just noodle around with it and record sessions on to VHS. Then I’ll record the bits I like from VHS to the computer and edit it together. Sometimes I’ll re-record the VHS a bunch of times because I like those analogue distortions and textures. In terms of process, it’s all about trying to feel the song intuitively and then trying to combine images that I think visually communicate the emotions that I experienced while listening to the song. That’s really the only limitation I put on my myself.

This video and the EP cover give a rather futuristic feel. Do you consider yourself a futurist? How does your music align itself with futurism?

Tobin: I guess I’d consider myself a futurist in some sense of its definition, but like everyone else, I take influence from the music I’ve listened to my whole life. I’ve always been into progressive music, digital art, and experimental films. I tried not to make this EP nostalgic in anyway.

Some of my biggest musical influences these past few years have been Death Grips, Kanye West and the PC Music producers (SOPHIE, A.G. Cook) who seem to be ignoring popular trends like 90’s throwbacks. I’m really inspired by the boundaries they are pushing. In other words, they’re making stuff I’ve never heard before, and that’s really important to me when it comes to art.

Speaking of art, Niki Sehmbi did the album artwork. She’s one of my favorite digital artists and she makes insane animation videos. Please check out her stuff.

You put up this latest EP, and pretty much all of your other songs, for free download. Are you an advocate for all music to be free, or is it just something you do for your own?

I think it’s a little ignorant to not give away any of your music for free when everyone is doing it. And thinking people aren’t going to just steal your music is not only stupid, but at this point you’re basically stating that your album is more valuable than Beyonce’s self-titled, or U2 who go as far as shoving it in your pocket.

But to be totally honest, I used unauthorized samples on every song in the EP and I’ve been pirating music since I was a child. So I can’t just stop!

You are originally from Ashqelon, Israel. When did you move to Toronto? How much has Western culture influenced your music?

My parents are from Montreal and they immigrated to Israel with most of my family in the late 80’s. They birthed me in 1990 and I moved to Toronto in 2003, so I spent more then half my life in Israel. I was a quiet kid, I watched a lot of television and I spent way too much time on the computer. I eventually got really into music videos. All we had was traditional Israeli music on the local channels and MTV Europe. MTV played all the big American stuff but I was always drawn to the European artists, especially because they had the crazier looking videos. That’s how I came to love Electronic music. I’m also really happy that I discovered Trip-Hop, Garage, Big Beat, and IDM at a young age cause artists pushing those sounds were actually being played on MTV Europe on the regular.

When I moved to Toronto, I lived in a low-income building where I made a lot of my first friends. Most of them were really into Hip-Hop, something I was pretty unfamiliar with. I grew up in Toronto discovering a lot of music, but Hip-Hop has always been a main stay for me.

As a genre it’s created some of the most progressive artists of the past decade, and it’s become a huge influence on dace music production. So it was pretty easy for me to get into Trap and Juke when I started producing music.

What are some of your favorite anime? How would you say anime has influenced your music?

The first thing I ever wanted to be was a filmmaker and some of my biggest influences have been anime. I find the intense emotions they usually explore really entertaining, and I love magical realism. Anime takes you to a really unique place, something I’m attempting to achieve with my music.

Favorite shows are probably Full Metal Alchemist and Neon Gensis. Favorite movies are definitely Tekkonkinreet, Ghost in the Shell, Akira, Grave of the Fireflies and all the Studio Ghibli movies. All time favorite has always been Cowboy Bebop, which I sampled heavily in “Spaiku Talks” and at the end of “Yung People”.

When it comes down to it, anime samples and imagery are super in right now. If I’m going to make electronic music, I can’t deny myself from hoping on some bandwagons.