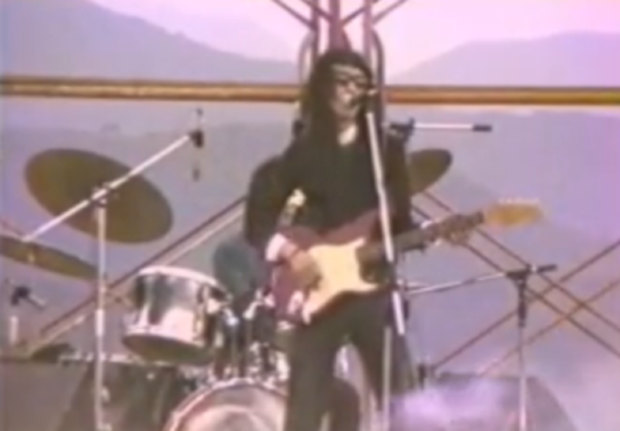 Les Rallizes Denudes, 裸のラリーズ (Hadaka No Rallizes), Fucked Up and Naked, no matter what the language, this is the ultimate cult band. Members involved with terrorist plots, playing with amp stacks “30 meters high” at a middle school while handing out communist/nihilist propaganda to the students, shows that were the Exploding Plastic Inevitable x11, and nearly all of their releases being either homemade tapes or CDs, and mostly just bootlegs of live shows from fans….yup, LRD have remained the kings of underground experimental music in Japan, a country that has no deficiency in producing these types. I guess it partly comes from the wild, almost mythological aura surrounding the band and their leader Mizutani Takashi, but the main thrust has to be the fact that they present some of the heaviest, most progressive sounds, and thus the most copied sounds, of their era. When Mizutani started the band in the late 60s he was inspired mainly by The Velvet Underground, who at the time were one of the most obscure “garage bands” in the world, only benefiting in popularity from Andy Warhol’s own strange fascination with them. Like a lot of Japanese artistic expression, Mizutani took a good idea and brought it to a level that no one thought of or could even stomach at times (they lost a lot of touring partners with their complete sensory overload at shows: blinding lights reflected off hanging disco balls, ear piercing volume, etc.).

Their brand of psychedelic noise rock is typically to be most personified in the recording ’77 Live (Also going by the bootleg names of Fucked Up And Naked ? Live ’77, and Le 12 Mars, 77 a Tachikawa), part of a few official, archival releases from the band in the 90s after decades of nothing but live shows. With most LRD material, you are hearing different live versions of the same core group of songs to begin with. They don’t have a definitive studio album like most bands, even like the other obscure and mystery cloaked ones do. This live set catches them at their most absolutely devastating, many songs clocking in between 10-20 minutes. LRD had a pretty formulaic approach: heavy, repetitive drum and bass with Mizutani choking out delay effected vocals and letting his guitar murder any semblance of melody on the track. The formula varied in that the rhythm could go from borderline doo-wop to fast moving punk, but the drum and bass would never really change from a simple progression. This means you’re never going to get the histrionics of a big drum solo or some incredibly complex bass scales, but much like Mo Tucker did for the Velvet Underground, the groove holds down the song just enough to let the extreme nature of the guitars not come across as complete noise. In the vein of Lou Reed’s “solos” on “I Heard Her Call My Name” and “Sister Ray”, Mizutani would take feedback and amplifier squall and shape it into complex, unpredictable waves of masterfully crafted noise. That is to say, he didn’t necessarily just let feedback control his style, there are several instances where they are fully grooving as a band and his chops are evident, but that the deconstruction of rock music was the ultimate goal. The band could be in full on jam mode, or Mizutani could let his controlled chaos reign over the plodding rhythm like a surreal car accident in slow-motion, bits of debris and chaos flying about in seemingly random directions while the rest of the world moves along with predictability.

LRD is about sensory overload, thus demanding all the senses. Leave it on as background music and you’re sure to miss a lot. Tune in, turn it up and drop out from the rest of the world and you will be blown away.