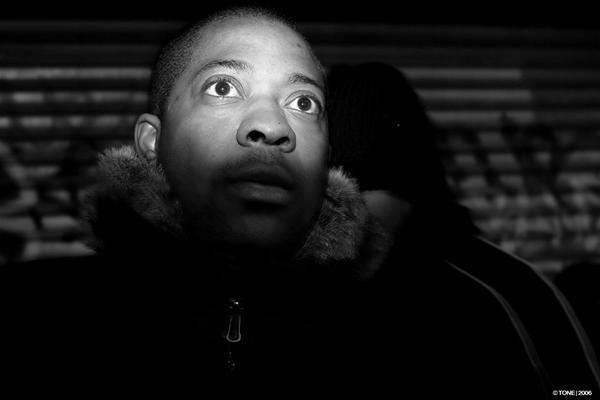 “I was tripping on acid a few years ago in Austin and for some reason I was smoking weed back stage at Ghostface Killah's Havana Calle 6 show with the manager of Head Automatica and Camu. While I couldn't tear my eyes from the ebullient man in his leather jacket who so sweetly insisted that the Head Automatica van escort me, him and my girlfriend at the time back to the couches where we were crashing, it was later, when I was struggling to remember the direction of “up” that he got very close to my face and whispered, 'you can have all the fun you want but pull it together son, time to be your own daddy.' That's all it took. On crazier nights, he still enters my head as the lopsided voice of reason. May his soul rest in peace.” –Impose staffer

“To those who knew Tero, he was an almost uncategorizable force of nature. Wild, hilarious, proud, loving, tough, outspoken, spontaneous and brilliant. He wore his heart on his sleeve and he dripped creativity, leaving inspiration and awe in the hearts and minds of anyone who was fortunate enough to see him work.

“We, his friends and family, have truly had our collective hearts broken by his passing. Not only because of the loss of our friend, but because of the loss of his contribution to those who never knew what we knew about his talent and his potential. He was the secret that no one wanted to keep and we always knew that one day his vision and his heart could change music forever the way he changed all of our lives.” —El-P

“I met Tero in my 1st freshman year(there where 3 of them) at walnut ridge high school… Tero was good dude. had a great heart and anyone who met him will tell you the same. we all have our flaws and not one of us is perfect. I spoke with Camu on many occasions after our situation and it was all love. last time i saw him was about 3 weeks ago at the groove shack reunion at the hi 5. im thankful for that moment in time.” —Copywrite, [sic]

“So maybe a decent handful of the folks out there who are aware of myself are also aware of a group called the MHz. This was my first rap group; we did a few singles on Bobbito's Fondle 'em records, a few compilation songs, etc. from 1997-ish to 2001-ish. This group was the entry point into the world of “professional” music for Camu Tao, Copywrite, and myself, and also provided the introduction of a few others. Anyway, Camu passed away yesterday. While this didn't come out of the blue for anyone who knew him, it still comes with the same amount of shock. He was one of the most truly creative people I've ever known, hilariously funny, and a complete enigma-almost anyone who ever met him remembered him, even if just in passing… f any of us make it past 50, Camu will be a large part of all those old man reminiscings. And while im still stunned, I'm glad he isn't in pain anymore.” —Rjd2

Camu Tao, formerly of the Columbus, OH hip hop group Mhz, which launched the careers of Copywrite and Rjd2, finished his two year battle with lung cancer this weekend. Born Tero Smith, Camu will be remembered for his unparalleled delivery and highly creative production work with Definitive Jux Records.

Camu's death marks the third passing of a significant member of the once strong Ohio collectives of Spitball, Weightless and Mhz, with DJ Przm and DJ So What?'s passings last year.