Here's the lucky bastard who won the #GreatestMusicContestEver 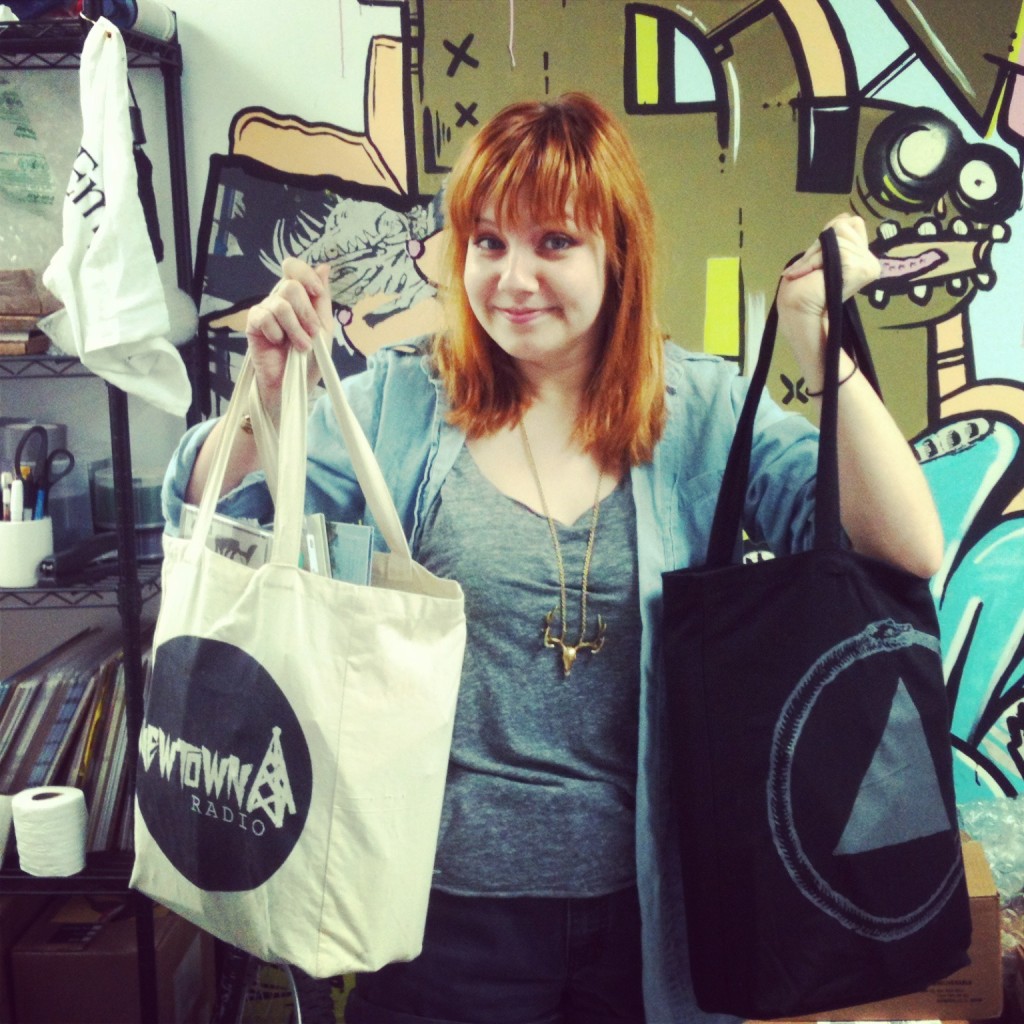 [UPDATE] Lindsey Rhoades stopped by the office today to pick up her sweet music haul as our winner in the fourth edition of the best music contest ever. We piled her up with vinyl, tapes, CDs, stickers, and tote bags to carry it all, so you can guarantee that Lindsey will be doing nothing but tuning in (and reading Impose) for a long time to come. This is the first time that our winner has been locally based, so no annoying UPS mailing had to be done, just a simple passover. Lindsey even tells us that this is the second contest she's won through tweeting, all in the same month. Congrats, Lindsey! And keep tweeting at us, all of you.

Perhaps you remember the best music contest ever part I, part II, and part III when we took on the stupidly huge project of gathering up records from each of the artists and bands we decided were the “greatest”, only to give them all away to one lucky asshole. Last year, some girl in Pittsburgh got a box full of roughly 100 records, CDs, books and tapes. The year before it was some guy in Los Angeles, and the year before that someone in Staten Island.This year it could be you! From our extensive selections below, we'll be giving away somewhere in the ballpark of 100 releases. To one person. Will it be you? Probably not, but you should still read below.

Simple, just like us on Facebook or follow us on Twitter. If you're already doing both, then we love you. But you can also enter by simply retweeting this (https://twitter.com/IMPOSE/status/291144094258970624) and make sure to include ‪@impose. This way we'll see it and put your name in one of those bingo cages.*‬

‪* We will accept all Facebook and Twitter additions between January 15-February 14, 2013. We only accept one entry per Facebook or Twitter address. We're not simpletons: we will spot your fake accounts made solely for this contest. The contest will run until 11:59pm on Wednesday, February 13, 2013. One winner will be randomly chosen by 12pm noon on Valentine's Day, February 14, 2013 and announced on this page by Friday, February 15.‬

That's what we've got for now, but fow now you can perus all the goods here: