New: Noveller, Paint on the Shadows 12″ 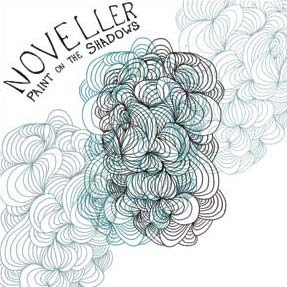 At this point, you probably know Sarah Lipstate mostly as guitarist of expansive noise-pop outfit Parts & Labor. But equally notable is her solo work, as Noveller, which long predates her involvement in the band. Delicately bowing a double-necked — and often double-EBowed — guitar, Lipstate draws textures ranging from violently abrasive distortion-scapes to delicately tonal drone. Over the years there've been a series of compilation appearances, CD-Rs, and an excellent cassette on Baked Tapes, but now, finally, she's putting out her first vinyl, a three-track 12″ via Carlos Giffoni's No Fun Productions.

Side A
ST. POWERS

Side B
SALT ON SAND
TELECINE

Our first glimpse of the album (which will be limited to 350 copies, and available at the release party April 17 at Glasslands), comes in the form of the first four minutes of side A's 14 minutes. Layered string textures, bowed and plucked, splitting the difference between guitar and violin, lap gently in complex harmonics with a restraint evocative of fellow guitar-drone orchestrators Stars of the Lid. Given the subtle progression in evidence here, it'll be very interesting to see where the piece goes in the final 10 minutes of its length.

Bonus: early Noveller tracks were created as scores for Lipstate's films, as a student at the University of Texas at Austin, and she's found time to continue that project forward since then, painting imagery in broad, impressionistic strokes well-suited to her music. You can see her prior work here, or more importantly, screened and performed live as part of the excellent Cinema 16 film series, April 19 at the Bell House. She'll also be premiering a new piece in May at the the New Museum as part of Infinite Sound and Image, along with luminaries like C. Spencer Yeh, Jim O'Rourke, and Prurient.