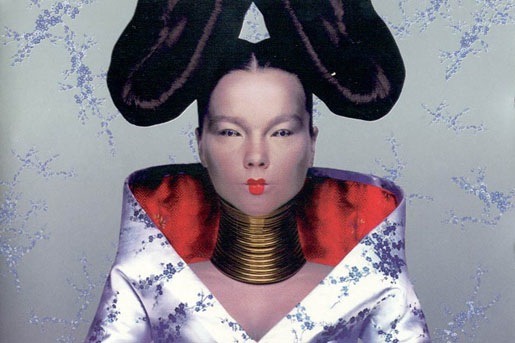 To hate fashion while loving Alexander Mcqueen isn't necessarily a contradiction. Alexander McQueen became one of the few designers who helped to present fashion in its purest form, as a walking canvas. It was tragic, heartbreaking news to hear that an artist took his own life.

Like many, I hate rail thin models and rampant commercialization and societal pressures fashion places on many. To quote Tanya Gold of the Guardian on why she hates fashion, “fashion is like a Jewish mother on crack, 'This will make you beautiful! This will make men want you! Wear this! Wear that!'” This point, however, is one of the few I agree with on Gold's piece, the rest is trying. (“And why was she wearing high-heeled shoes on an icy night? Because fashion, the whispering monster, told her to.”)

It's the same story in any cultural medium: very rare indeed are we faced with anything but commercialized art, fashion, music – cash cows that chew up trends and ideas for all they're worth, then spit them back in our faces without an ounce of sincerity. Why do you think we champion new music so much?

And yet, with the ability to permeate even the most indomitable of minds (speaking mainly of my teenage self here), Alexander McQueen's vision and designs were free, bombastic, a blood rush to the head that eschewed the normative rules of fashion. Like many readers, my first introduction to McQueen came with the arrival of Bjork's album Homogenic, for which he both designed the album art and directed the video for the single “Alarm Call“. My obsession continued from there – McQueen was one of the few who presented fashion as a raw, emotional, spiritual, and inspiring form of art.

Fashion darling Tavi Gevinson, the 13-year old blogger of Style Rookie said it ever so eloquently:

“He consistently delivered collections of extravagant creativity, the type of stuff where you just look at it and try to absorb it and you can't believe a person made this. Being lucky enough to gaze at a glimpse into such an artist's vision, and knowing that you can't even imagine everything that was put into making it, and suddenly feeling so happy and joyful about humanity, and life, because, Jesus, a person made this..is incredibly uplifting.”

PrevPreviousWhen artists were hot and/or babies (NSFW)
NextChatroulette: Drowning in a sea of dicks (NSFW)Next