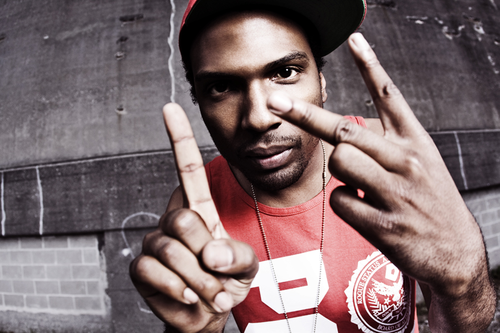 During the last Mothership Tour I hatched a plan for 2 contributors to crash the dubstep party and report with their anthropological findings. After the tour manager foiled our plans and pulled the guest list, an unexpected opportunity to catch up with 12th Planet about the state of the movement occurred. With some inquisitive help from ‘step enthusiasts Patrick Picard and Pedro Rosa we talked to the man behind the decks about the pop culture sub-genre that has engulfed the hearts and brains of the Northern States.

You seem to be enjoying yourself as much as your fans during your shows.

I love it man, I love every minute of it, are you kidding me? It’s awesome.

Is it the crowd that gets you going or your love for the music you are making?

You and Skrillex have to be the biggest dubstep duo to tour this year.

It’s been insane, it’s like been my birthday everyday on the tour you know. Like picture the best show you have ever played and every night is like that! I don’t want it to end, ever.

What has it been like playing with Skrillex and selling out major venue after major venue?

Yeah and it’s not just that but we’re doing huge rooms and those shows are early and then at night Skrillex and I play back to back at the after party so we’re doing two shows a night.

So with all that are you tired of touring yet?

No, I have done bus tours before and you get down, you know, you get 2 or 3 great shows and then one show will really suck you’re just like, ‘awww fuck this man, what am I doin’ it for.’ But each show we have played the crowd has been so awesome and the people are so supportive of the movement and they’re not just there to see Skrillex, but these guys are getting there at 5 or 4 pm to and waiting in line for 4 hours to see the entiree show from start to finish. They see Nadastrom, Foreign Beggars, or to see 2 Fresh do their drum and jam set and then I get to play before Skril so it’s so much fun and the crowd is really hypin’ and it’s really cool to see that they are here to see all the different types of music and it’s the best night of a lot of these kids’ lives.

How did you get started making dubstep? Was that your original plan all along or did you think you would be making other forms of music?

Nah man. I started off with drum & bass I got into the DJ thing around 2001 and I toured hard around 2003-2006, just non-stop drum & bass. That’s how I got into dubstep. I played this show at Randy’s Hardware and in this second room they had this stuff that I didn’t know was called dubstep. I just thought it was slow drum & bass and all I listened to then was drum & bass and jungle; that was my life. One of my friends asked me if I was into dubstep and I said no, I didn’t even know what it was. There was this one dubstep show called Dubstep Wars, and there was every kind of dubstep artist on there. There was a 30 minute mix from Burial, a 30 minute mix from Kode9, a 30 minute mix from DMZ and I was like “Wow, there are a lot of similarities to drum & bass.” It was a like a big melting pot with a lot of the elements that drum & bass has but the fans were even more close knit than those drum and bass guys who were cut throat. These guys were all a bunch of kids who lived within a mile radius of each other and they were all so passionate about it. I went to see DMZ in 2006, 2007 and I saw everyone that was on the Dubstep Wars show including a live set from Burial. It was weird seeing all the different people that were not from England, I think I must have heard 40 different languages. That’s when I realized that the dubstep nights and culture was moving so fast. It wasn’t anything where it is today but it was a huge indicator for me, I fell in love with the music after that. I went to see DMZ and I already had the name 12th Planet and that’s where I got hooked. You heard people speaking Chinese, Dutch, people from Belgium, France, Germany, Slovakia, Czech Republic, coming from Australia, South Africa all flew out to go to this DMZ party. It was magical.

You were one of the first artists to be bring the dubstep business to the states, correct?

Ha ha, I wouldn’t go as far as that, I always credit Joe Nice and Dave Q who started the first night (in the States) called Dub War. I am probably about 6 months after that, those guys were pushing grime in the early oughts but at the same time those guys weren’t pushing every market like I did and in 2007-08 I was playing shows in different markets in Boise, Boston, Dallas – just to feel it out. In a lot of those markets, that was their first dubstep show they had ever done. I was playing for a lot of the electro acts like MSTRKRFT and I got exposed to a different markets as opposed to the drum & bass crowds and as a dubstep purist; I got to play for some crews.

What is your thought on post-dub step artists like Babe Rainbow and such?

I am not really familiar with the music but I like the post-dubstep like Ramadanman, James Blake, orUntold. All that stuff is really awesome.

What is your thought of the new waves that folks like Clams Casino are taking Lil B and A$AP Rocky beats to a whole other realm?

Yeah, it’s really cool and I am loving that A$AP Rocky stuff, it’s really awesome and other people like Flying Lotus that are dubstep influenced but it’s more hip hop. Still, doing their own thing at heart.

Where do you see dubstep going the upcoming years?

I see it going more mainstream and stuff like that, songwriters writing for dubstep now, as technology advances music advances as well.

What platforms and programs do you use in the studio and live?

In the studio I use Logic Pro, I have been using Logic for a long time, when I perform live I use the Pioneer 900 mixer, 2 CDJs and a microphone.

What is your secret technique to make that baddest dance track?

More dynamic compression, that makes everything sound bigger. You can choose different bands to compress. You can push the highs up, you can push just the bass up, nice and big and that’s pretty much the secret technique of Dub Step.

What do you feel about the popular culture you have helped create and nurture?

I love every bit of it, it’s really cool to see how far down it goes to the youth, I never knew that 9 year olds would be dub step fans and buying t-shirts with their moms. It’s a beautiful thing to see drum and bass culture embraced in North America. It was always the dark horse third room at the rave and now it’s filling up arenas and I love every minute of it man to be honest.

12th Planet is performing this evening at Mighty, in SF as he wraps up The End is Near tour.

PrevPreviousA set of opinions you can have about the Oscars
NextWeek in Pop: 2:54, Grave Babies, Soft RiotNext