On Lou Reed and Metallica's “The View” 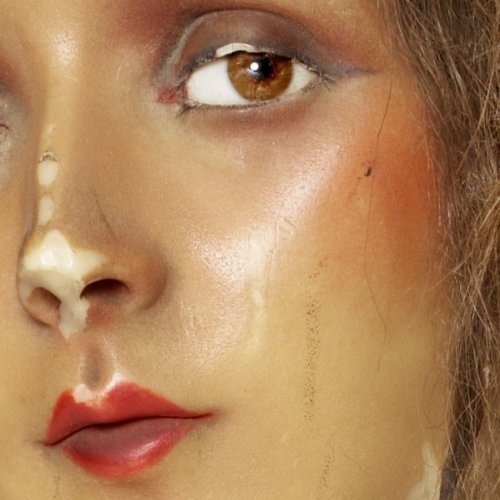 Let's give the collaborators the benefit of being ironic in themselves, and to not assume that they think what they're doing is nuanced, layered, funny. It's the McDonald's Value Meal of Metal and the Hot'n Crusty Grandmother of Punk looking for points of interest. Lou Reed sings that he wants to “see your suicide,” and hey, Metallica probably would too. Lou Reed even actively “despises” you. (Metal!) Likewise, “pain and evil […] have their place” beside Reed, where they're the servants of “the gold that you must give”. (Also pretty metal!); Metallica at least promises all of us a share of pain, regardless of who they're collaborating with.

The elephant in the track is of course “The Table”, which in the lyrics (below), is actually written as “the tablet”, as in the blocks of stone, most likely inscribed with edicts from god, 10 commandments-style. But Lou Reed said “table”. A bunch of times.

Thus: like Prince's short-lived romance with an inscrutable sign, The Table is officially Lou Reed, and Lou Reed is The Table. We know this because Reed promises us that he is The Table, not the tablet, nearly a dozen times. Yes, yes, he is also the view, the root, the progress, and the aggressor, (and also “these ten stories”), but what's really much more important is that Lou Reed is The Table. What does this mean? That Lou Reed is the Platonic form of The Table, that highest concept of all Table, upon which nothing but heavenly rays of pure knowledge and truth may rest? That Table is some inside-joke slang for “hungry tranny in a room full of hair extension”? Or maybe that he is an actual table, feet and hands bound into a bondage-style downward facing dog, a mic stuffed in his throat as he shouts non sequitors and Lars Ulrich balances stacks of take out pizza on his back.

At least we've whittled it down to three options.

Believe it or not, this is just the first track to leak off a full-on collaborative album between Lou Reed and Metallica, called Lulu, and due out November 1 on Warner Brothers in North America, and on Universal for the rest of the world.

“The View” lyrics:
I AM A CHORUS OF THE VOICES
THAT GATHER UP THE MAGNETS
SET BEFORE ME

I AM THE TRUTH, THE BEAUTY
THAT CAUSES YOU TO CROSS
YOUR SACRED BOUNDARIES

BUT I WORSHIP THE YOUNG
AND JUST FORMED ANGEL

WHO SITS UPON THE PIN OF LUST
EVERYTHING ELSE
BORES ME

OH THROW IT AWAY

FOR WORSHIP SOMEONE
WHO ACTIVELY DESPISES YOU

FOR WORSHIP SOMEONE
WHO ACTIVELY DESPISES YOU

PAIN AND EVIL HAVE THEIR PLACE
SITTING HERE BESIDE ME
AND I’LL OFFER THEM, I OFFER THEM TO YOU
AS SERVANTS OF THE GOLD
THAT YOU MUST GIVE TO ME

I WANT TO SEE YOU ON THE FLOOR

FOR WORSHIP OF SOMEONE WHO ACTIVELY DESPISES YOU

WHO ACTIVELY DESPISES YOU