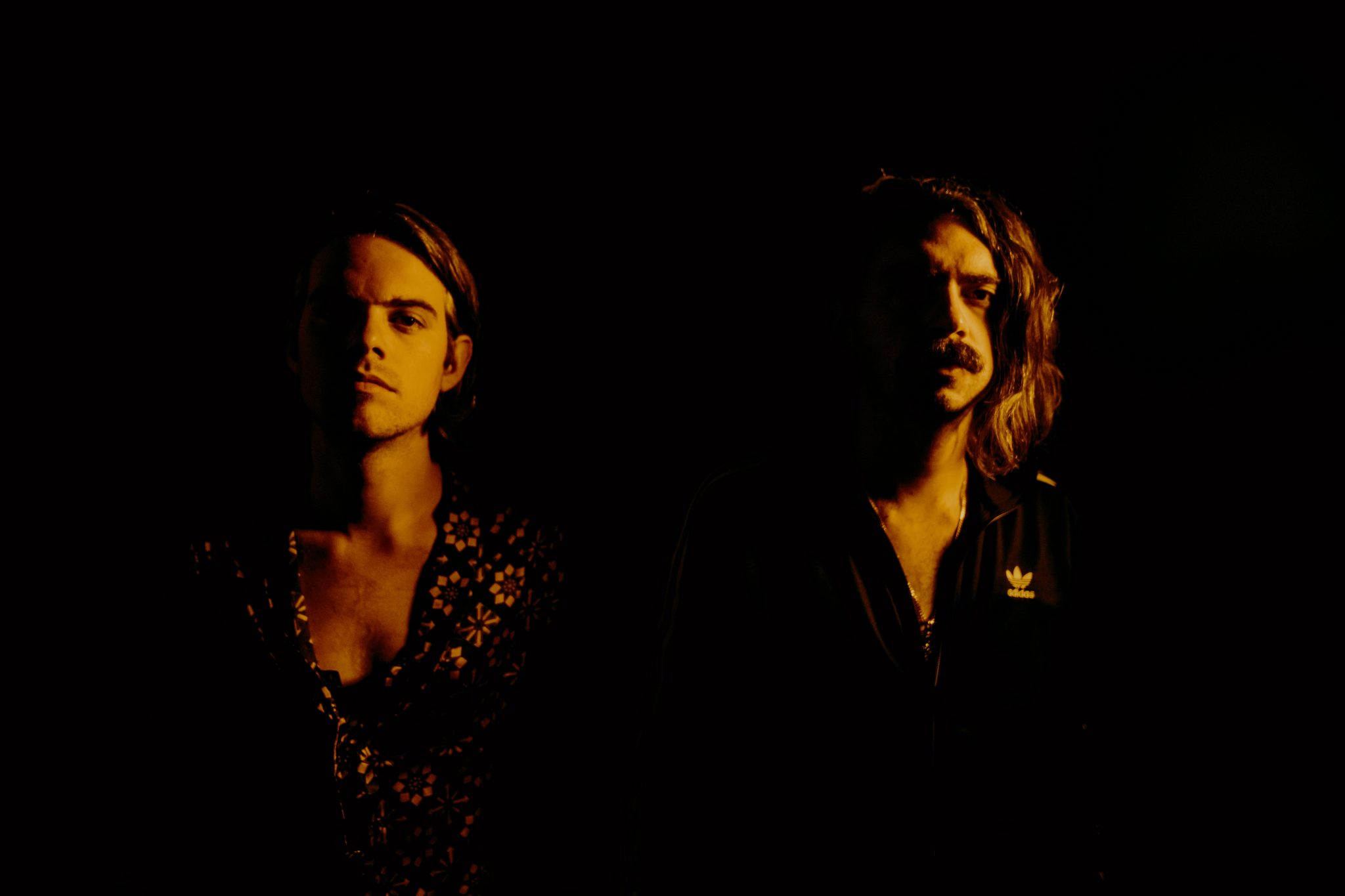 The Holy Knives is a duo comprised of brothers Kyle and Kody Valentine, who were born and raised in New Orleans and now call San Antonio home. Together, they craft a hypnotic blend of dream-pop, blues, neo-soul, and Western-tinged gothic folk. Pensive guitar chords, simmering synths and Kody’s mesmerizing baritone conjure dreamy, transfixing vibes that would feel right at home at the Roadhouse from Twin Peaks.

Following their 2018 debut album Year of the Black Dog, The Holy Knives are now gearing up to release their new EP Always Gone, and today, IMPOSE is thrilled to premiere that record’s moody title track and lead single. “Always Gone” is intimate, haunting, and intoxicating, bolstered by poignant songwriting and a more stripped-down production approach.

‘“Always Gone” was the first song we wrote for the EP that we knew would define the sound of the rest of the songs,” the band shared. “It all really came together when Kyle wrote the main guitar riff, which is simple but powerful; it made the song come alive in our minds and we were able to grow it from there. It’s about imagined loss & the holes we can dig with our heads.”

We caught up with Kyle and Kody to discuss their musical influences, their creative process behind “Always Gone,” and what we can expect from their forthcoming EP. Check out that interview and give “Always Gone” a spin below:

Let’s talk about “Always Gone”; how did it come to be, what inspired it, what was the recording/writing process like?

“Always Gone” came about differently than most of our other songs. We generally write a ton of ideas in a bare form then bring them to our producer in El Paso and collectively choose which ones we love. But this song was actually written in El Paso while our producer was working on another song of ours. We all really loved the idea and it came together insanely fast after we started on it. Once we figured out Kyle’s guitar riff we knew we had a song. It felt like things fell into place with this one. From there it was all downhill until the lyrics. The lyrics for this one took me a long time to write. I think I ended up with about ten typed pages of lyrics before I came to the final set that is on the record. I wanted it to have the melancholy feeling that the guitar riff evokes but also have a spirit of optimism toward love. It’s all about the tricks we can play on ourselves in relationships & how we can get so deep in our own heads that we convince ourselves of things that aren’t true.

Trip-hop is a huge influence on everything we do. The drums on this song are definitely hoping to create that trip-hop feel and atmosphere. The genre itself holds so many fantastic artists and albums & sometimes feels underrated in my opinion. It’s such a specific sound from a specific place and time that it feels so unique and irreplicable. We just love it.

Nick Cave has also been a massive influence on our songwriting. I was listening to The Boatman’s Call a lot during the writing process for this EP and I think some of the songwriting style from that album has seeped into the writing here. Trip-hop for the atmosphere, Nick Cave and Leonard Cohen for vocals and songwriting.

Who or what are your major influences on The Holy Knives? Any obvious huge bands that seem too obvious to mention?

Our two biggest influences are Portishead and Leonard Cohen, and our artistic pursuit as of late has been how do we reconcile these different approaches to music. We love the atmosphere, the tones, the world that Portishead creates, but we also deeply connect with the poetics of Cohen’s lyrics and songwriting. It’s no secret that Kody does not sound like Beth Gibbons, so we’re having to craft our sonic landscape taking pieces from our influences but making it our own to align with Kody’s vocal palette. Our last album was more guitar-driven, and “Always Gone” is a first glimpse of us pulling away from that and delving more into electronic soundscapes. In this song, the main guitar riff functions more like a hip hop loop than a traditional rock riff, and that’s an intimation of what we have in store for future music.

What have you got on the horizon with the new EP coming up?

Always Gone is a 4-song EP, and we’re releasing every song as a stand-alone single over the next 4 months. The EP is a bridge between where we were with our previous album and what’s to come as we delve deeper into making a sound that is wholly our own. We have a western track with a chopped and screwed feel. We have a song that’ll slow your heart rate–people have always asked us, “When are you going to make an upbeat song?” So we made the slowest song we have to date.

We’re also very excited about a special collaboration that’s been in the works – Jamie Hince from The Kills is doing a remix of “Always Gone” to come out sometime this spring. We’re really looking forward to that, and continuing to hold ourselves accountable for what we set out to do for 2020: release a song a month (maybe more) for the rest of the year.