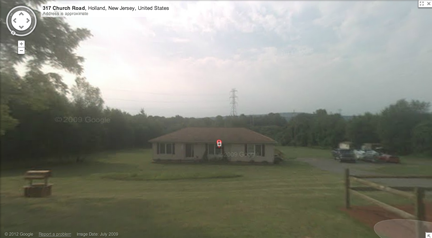 We've all seen them. Those nightmare-inducing behind-the-scenes slaughterhouse videos filmed by investigative journalists with entry level industrial agriculture jobs and pinhole cameras. The screaming calfs encouraging us into vegetarian or veganism for any amount of time between one day to our freshman year of college to the rest of our lives.

Whether the vegetarian diet these videos spawned eventually crested into the search for sustainable, organic animal products or not, it's not the issue here. The videos still mean less money in transnational agriculture corporations pockets.

But legislation is making it harder for these horrific truths to surface. In 2011, “Ag Gag” bills were shot down in Florida, Iowa, Minnesota and New York, but in 2012, Iowa passed HR 589, making it a crime – punishable by up to one year in prison and a fine of up to $1,500 – for a journalist to obtain agriculture production employment under false pretenses. Once again, Washington bows to corporate interests, this time putting consumers in direct risk of food-borne illnesses.

As atrocious as they are, many of the practices in these videos are perfectly legal, such as debeaking, cutting off pig's tails and nauseatingly rudimentary castration. But thanks to filmers, the acts and actors are exposed. Hidden-camera video led to the largest meat recall in history – 143 million pounds of beef in 2008.

While similar laws have been on the books in Kansas, North Dakota and Montana since the early '90s, this second wave of whistleblower-silencing comes during an age of serious industrial food sketchiness, including mega-corporations such as Kellogg, Coca-Cola and ConAgra trying their harde$t to block a California initiative that would require companies to label products that are GMO.

People are starting to look past the smiling cartoon cow on the label and see their food for what it is. Thanks to the efforts of investigative journalists, we can know how our food is made and what is in it. There's also, you know, going to a Farmer's Market and asking them. You won't find any Monsanto reps, but you will find real food made by real people.

And with that, here are some Google Street View photos that would probably be considered illegal in Iowa.

Millport Dairy. Amazing eggs for $4 a dozen, which is the best deal I've seen in NYC. Plus, it's funny to watch the guy try not to get mad when people eat a ton of the free samples of cheese. It's good to ask your farmer questions, but when some dude asked this Mennonite farmer if he'd seen Men in Black II, I had to LOL.

Phillip's Farm. Lots of fruits and veggies. This dude always flags me down and makes me “sample” a giant handful of blueberries.