Audacity, “Lock On The Door” 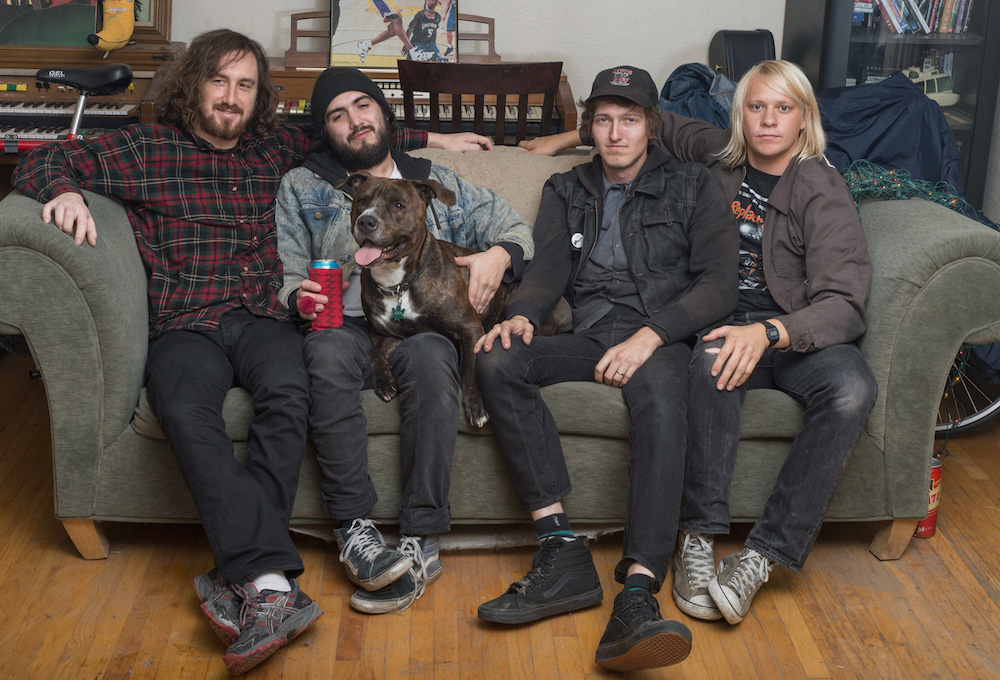 Audacity have been together since they were all kids—really, since an elementary school talent show in 2002—so there’s no question they’ve had time to experiment and grow into a sound that’s rightfully theirs. The southern California four-piece has been churning out garage punk in varying intensities—sometimes mellow, often much more ripping—with three full-lengths and numerous EPs to show for it.

Their upcoming album Hyper Vessels, produced by friend and tourmate Ty Segall, might fall on the heavier end of their spectrum, if the lead single “Dirty Boy” is any indication—the song is raucous and tongue-in-cheek, heavy on metallic riffs and snarling vocals. Now they’re sharing “Lock On The Door”, the last track on the record, which finds them bringing it down a notch, if barely, to tune into their best pop sensibility. An immediately hooky bassline opens up into a melodic burner that matches a pervasive feeling of anxiety with high energy. Matt Schmalfeld sings, “Somebody just said to me / Why don’t you try to take it easy?” with a mocking drawl, as if to suggest that rest were completely out of the question. “I’ve got a feeling / you’ll never change that,” he tells us assuredly—defiantly, even—over the crunch of the guitar. In the two minutes that the song lasts, Schmalfeld imparts a striking sense of autonomy. Meanwhile, par for the course, a wailing lead guitar courses over the rest.

You can stream “Lock On The Door” below. Hyper Vessels will be out April 1 on Suicide Squeeze Records, and Audacity will be making stops all over the US in support of the record.