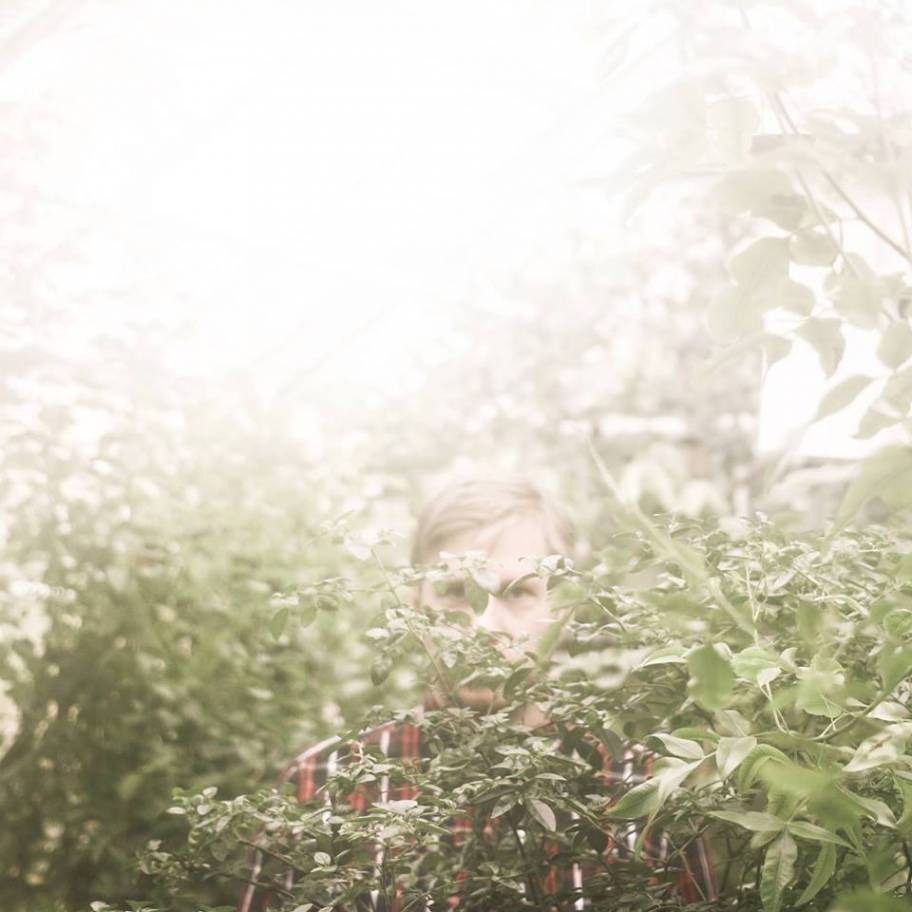 The great Malmö hope Magnus Johansson, otherwise known as Bam Spacey brings us his title track “River”, nearly a year after he gave us Land from Ceremony. First comes those choral vocal samples, aligned, and edited in an opening row. The electronic choir lifts for deep treading synths that run from the safety of earth and land for the network of water ways. The keyboards move along predetermined pattern agreements that beat with the resilience of a nature warrior treading through the running stream regardless of the channel's degrees and dimensions of depth.

Just as Magnus makes music stemmed from polar opposite elemental motifs, the Swedish artist moves outside of a sound that can be easily classified by regional designation on description alone. Those key tones ring like the experimental Italo pop steeped affectations to the electro-snazz that sounds like the coolest and wildest ride through NYC boroughs after 3am in a new Bugatti. The pan-geo traits of “River” send synthesized feelings wading through lush waterways of Malmö or sailing by automobile through the dense, light-polluted urban streets suited for the world's most dense metropolises.

Magnus took the time to talk to us about everything from Bam Spacey's multi-colored toned keyboard selections, creative and emotive audio connections, the Malmö scene, Sweden's musical proliferation, global cues, synthwork and much more.

From Land to River; elemental themes of land and water play themes in your release titles and track names. In what ways do they inspire your approach to the music?

Actually River is a play on words. In Swedish it means 'tearing down' which might be the central theme of the lyrics, but it still implies the English word “river.” I like the concept of using titles that can be translated to both English and swedish. The Land EP was essesially about the places we inhabit and the land that streched out between these places. The River release is more about how we engage our journey through the land, and what we bring along, who stays and who comes with us. This interests me a lot, partly the idea of nature on it’s own, but also the way we as humans interact with nature and our own modern society. We like to be a part of nature, but is it a nature we’ve created? Also my lyrics, even though often deemed pretty introvert (and rightfully so), are meant to be placed in a larger perspective, one that involves all of us and how we live our lives.

With folks so Beach obsessed, why River, instead of the more popular attribute of ocean?

Ok, going philosophical now. If you compare music to an ocean vs a river, there are a few core differences. It seems in genres that strive for extreme lushness or dreaminess, I might be tempted to include my Land EP in this category, there’s this drowning feeling, you’re swept away on, or under the surface of, an ocean, just losing yourself in the pallette of sounds. The ocean’s a place for drifting, losing your way and seeing how things come together as one, there seems to be no end or beginning. The river, on the other hand, even though it may branch and eventually join the ocean, is a way of moving forwards, it’s narrow, and it’s going somewhere. It’s more of a divided concept, it links things together, but not in the way an ocean does, everything is still separated. I think that a river is a more accurate description of how my music has evolved. I like to think there’s another sense of movement in the new stuff, a sense of going somewhere.Or, the short, non-philosophical answer: the new music isn’t really beach music, it’s more frozen river music.

Is there perhaps a greater implied intimacy of a River?

Exactly, I think there’s a greater intimacy with the core elements. Not everything has to blend together and compete for attention, but rather, they’re given their own space, in a minimalistic kind of way. They’re allowed to evolve on their own, but still in relationship with the other parts. A river also has a closer connection with the land, and as the 'River' release is sort of a prelude, or a bridge if you will, to the next EP, the title seemed really fitting.

What is happening in the electronic undergrounds of Malmö these days?

Malmö is a town that has really noticable waves in which people get creative, and stuff is happening. Sometimes there’s almost a never-ending flood of stuff coming out, and you’re tested to keep up. But then come the slow parts, and you’re given the chance to catch up. House and techno are definitely the big thing of course (as everywhere else these last few years), real quality stuff coming out too, like Geography and Kontra-Musik both being based here, and making a lot of waves. You might not have the sheer amount of artists and labels here if you compare to Stockholm, but the diversity of the things produced make up for that. I love working in this town.

Malmö seems to be a place of experimental, digi-pop bliss, (look at the like minded but still different work of folks like Picture), why do you feel that Malmö, and Sweden have been so prolific in the realm of futuristic pop?

That is a tough question. I can definitely only speculate here. Sweden’s kind of an isolated country, we got these long winters where people seem to either phase out, or spend their time doing creative stuff. I think a lot of experimentation is born out of that. We’re also very influenced by other countries, constantly checking out new trends and adapting them for our own use. This leads to new ideas, and I think we’re good at morphing stuff to make it our own. Sometimes it feels like everyone in Sweden strives after being original, taking bits and pieces from all over and adapting it to fit their own style. There’s almost a competitive vibe, always trying to make a better track/release than the next artist or band. I think Swedish artists are pretty good at layering on experimental elements but keeping the core of what makes them original. Just look at The Knife for example. As for Malmö, we’re closer to the continent here, and it’s a very diverse town, which I think helps to bring in the inspiration.

Some of your keyboard selections are very distinct in these assertive, multi-colored tones, that have many moods that stir from personal reflective to a more extended embrace of life and others outside of the introspective touches. How do you connect feeling to which types of melodic tones, and order of harmonic sequencing in your work?

Tough one! I do think the basic answer is quite simple though, everything seems to lie in the balance. Just finding a good mix between the darker tones and the lighter ones can evoke a great deal of emotion. Letting the sadness and happiness through at the same time. I’m not really the technical type either, I trust my own feelings. Of course I spend a lot of time getting the right sounds, but If the synthwork comes across as emotional, I think it’s because of the emotion I put in, not really me trying to evoke something. Does that make sense?

Bam Spacey's single River will be available July 30 from Ceremony Recordings that features a remix from Glenn Jackson, and an extended edit.