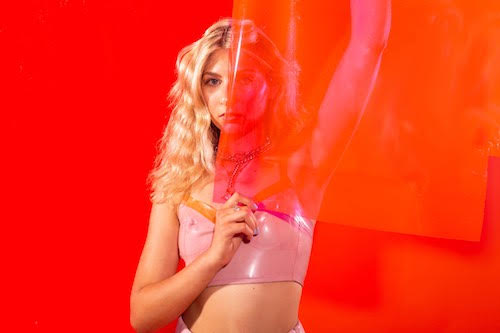 Urban art bubbles often house some of the most progressive and experimental genres of music across the globe. Musicians grow, blossom and evolve with endless fervor that forces the industry to change with it. Luckily, time has shown that it works in favor of the innovators. New York City’s Blu DeTiger is a prime example of a funky explorer who is willing to create art for the sake of art. Her latest release, “Tangerine,” gives listeners a fresh art-pop feel into the ever-expanding musical space.

The video pairing of the track, directed by Patricia Gloum and featuring dancers of the Hetrick-Martin Institute, just adds onto the praise of Blu DeTiger’s depth. Of the track, Patricia gives a solid insight. “Tangerine is a visual expression of the inexplicable ways of feeling like a badass. Not much can disrupt that peace and Blu is the portrayal of an empowered young woman, that can do anything with almost nothing at all. She is a figure to look up to, representing an open-minded new generation of youth.” With this generation being the most accepting of all time, it makes sense that their creativity soars alongside.

Trance-like imagery starts off the show in the ears of listeners. Blu’s hypnotic vocals lock the music fan in as a catchy bass riff follows close by. A dizzy yet dazzling trip is guaranteed as the beat keeps all on their toes. Fragile ground brings the slow embrace full frontal. The overall groove of “Tangerine” is fueled by a jazz-influenced support system, while rhythm and blues cling on naturally as buffers. It is a track that encapsulates a wide variety of genres to honor the mixed media aspect of the art form. A pure diamond in the rough. Give “Tangerine” a watch and listen below.