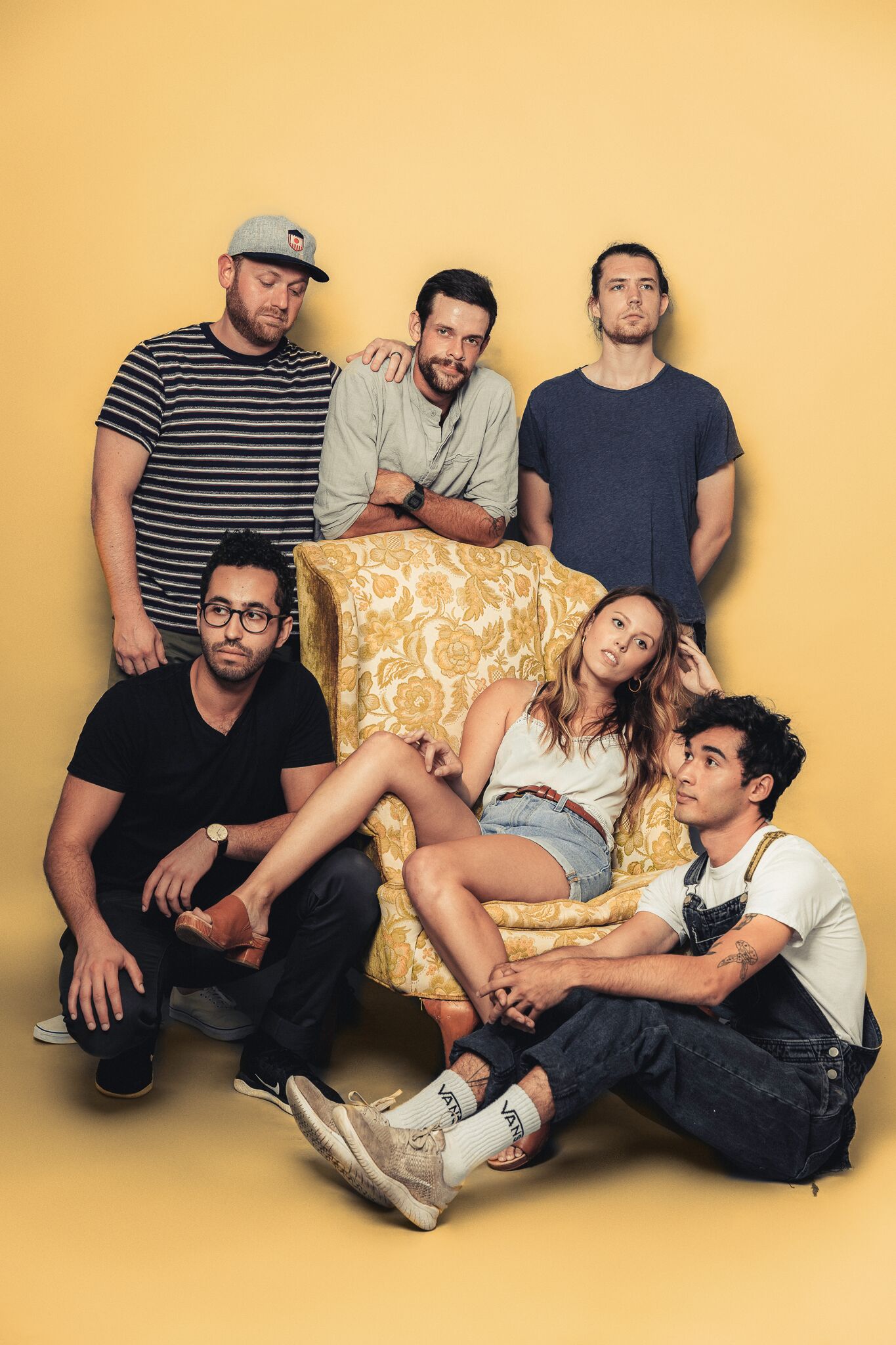 Majjin Boo is a six-piece rock band from Richmond, Virginia comprised of Frank Roberts, Zavi Harman, Megan Paul, Jesse Marcus, Jono Stewart and Hicham Benhallam. The group explores dreamy, atmospheric indie soundscapes in the vein of Death Cab For Cutie and Manchester Orchestra – with a heavy dose of raw, crunchy garage-rock bombast and searing lyricism. There’s a wondrous quality to their music informed by intense longing and loneliness – and their songwriting feels deeply personal and confessional.

They’re also gearing up to release their debut album Go Between, and today, Impose is thrilled to premiere a new single off that record, the lush, pensive, and thrilling “Mom’s Marines.” Ethereal, arpeggio-heavy guitars and Roberts’ assured vocal performance anchor this diverse track – which continuously defies any one genre – running the full sonic spectrum from indie, to math-rock, to anthemic, emo-tinged pop-punk with mesmerizing ease. Throughout meditative moments that parse Romantic themes and feelings of isolation, the song’s instrumental layers ebb and flow with a real sonic intensity. At one point, a wall of squelching feedback complements towering layers of guitar riffage – a thrashy blast of catharsis that lifts the track to stratospheric levels. Overall, “Mom’s Marines” is an ambitious, shapeshifting track that dares to break new ground in indie rock, and a total triumph for Majjin Boo.

Go Between arrives on November 1 via Egghunt Records. Majjin Boo’s lined up a limited cassette release for the album, which you can pre-order HERE. When it drops, we’ll be sure to bring you more coverage. In the meantime, listen to “Mom’s Marines” below via Soundcloud.