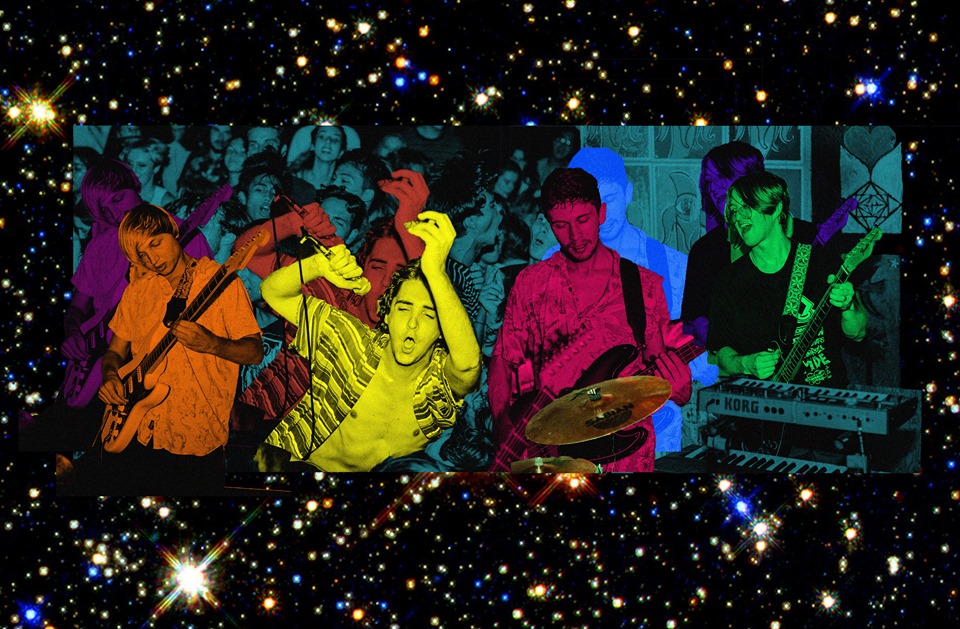 Buddha Trixie is one group out of a large wave of exciting young rock bands anchoring the San Diego DIY music scene right now. Their 2017 debut album Stop the Space Age was an inspiring mix of garage, indie, surf-rock and psychedelic influences, and a sign of tremendous promise. The band has kept busy over the years playing shows all over San Diego county while dropping a handful of awesome one-off tracks. Last week they graced us with another new one, the rollicking and driving single “Kismet.”

Propulsive, noodling lead guitars, throttling basslines, and reverb-soaked melodies conjure the dreamy soundscapes upon which singer Daniel Cole’s vocals float effusively. It’s a catchy, atmospheric slice of garage-rock featuring searingly honest lyrics: “Love is a joyless quota/ That doesn’t mean it fades,” Cole croons as fiery percussion and wondrous keyboards give way to the track’s explosive chorus, and eventually, an absolutely towering guitar solo/crescendo. It’s one of the best songs that Buddha Trixie have released to date. Give it a spin below.