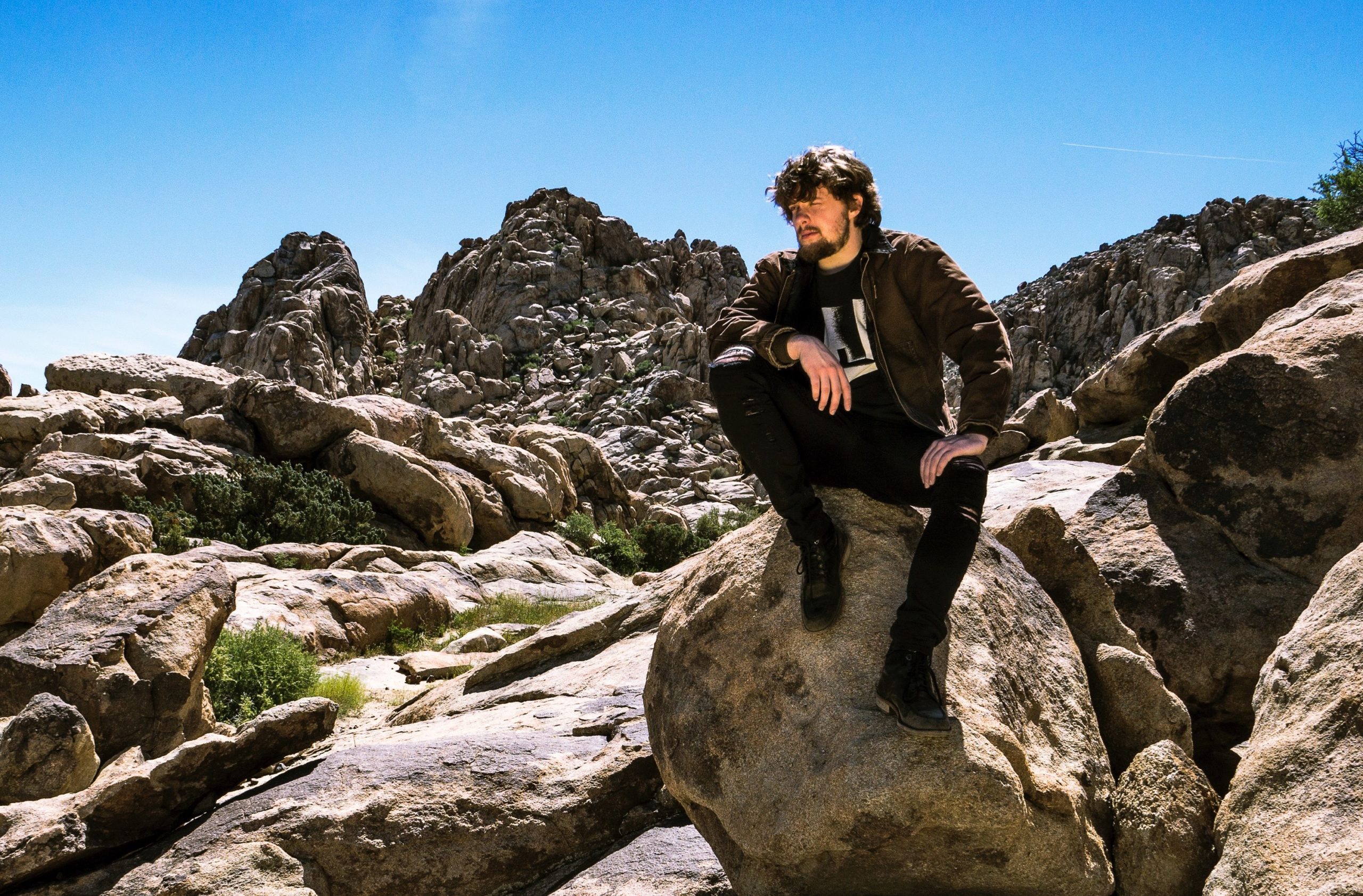 Last month we shared John War‘s new track “Corn Syrup,” a strangely glorious elixir of space rock, trap, noise-pop and prog metal. Not only was it off-kilter and audacious, but it was also incredibly catchy and downright captivating. With quarantine blues sinking in, the L.A. producer and Best Picture member is forging ahead in his unique musical lane with plans to release his debut solo LP Fantasy sometime this summer. Now he’s sharing the latest taste of that project, the cutting-edge art-rock thriller “Honnold.”

On this shapeshifting new single, John War surgically blends shimmering indie-pop melodies and soaring rock instrumentals with hip-hop-infused beats. A slithery guitar riff steers the ship, giving way to a cavalcade of echoey digital samples, dazzling synths, bombastic percussion, and War’s stunning singing voice – which hits gorgeous falsetto heights. The layering of all these nimble, combustible sonic elements is pulled off with a perilously maximalist touch – so, a lot like the person that the song is named for. If you couldn’t tell, “Honnold” is indeed inspired by Alex Honnold, the infamous rock climber from Free Solo. Here’s what John had to say about the track’s themes:

“I wrote ‘Honnold’ after watching a documentary about Alex Honnold, a rock climber who climbs skyscraper-tall cliffs without ropes. He knows that what he does is ridiculously dangerous, but isn’t afraid; even after losing many peers to doing the same thing, he feels like he has to keep doing it.

Watching videos of Alex scares the bejeezus out of me, but I can relate to his passion: to live so completely in service to what you do that you accept it might take you to your grave.

These days, with what’s going on with the news, another side of the meaning in ‘Honnold’ has come to be even more important to me – it’s a song about willpower. It’s about carrying on in the face of extreme, very rational doubt; about finding resilience; about holding on because you just have to. There’s a kind of duty in there.”

As a hardcore acrophobic who was absolutely terrified watching Free Solo, I can definitely relate. There’s a crazy energy that drives us all to do what we do. For John War, that’s blessing us with spellbinding, forward-thinking sounds. When Fantasy drops, we’ll bring you full coverage. Until then, take “Honnold” for a spin below.