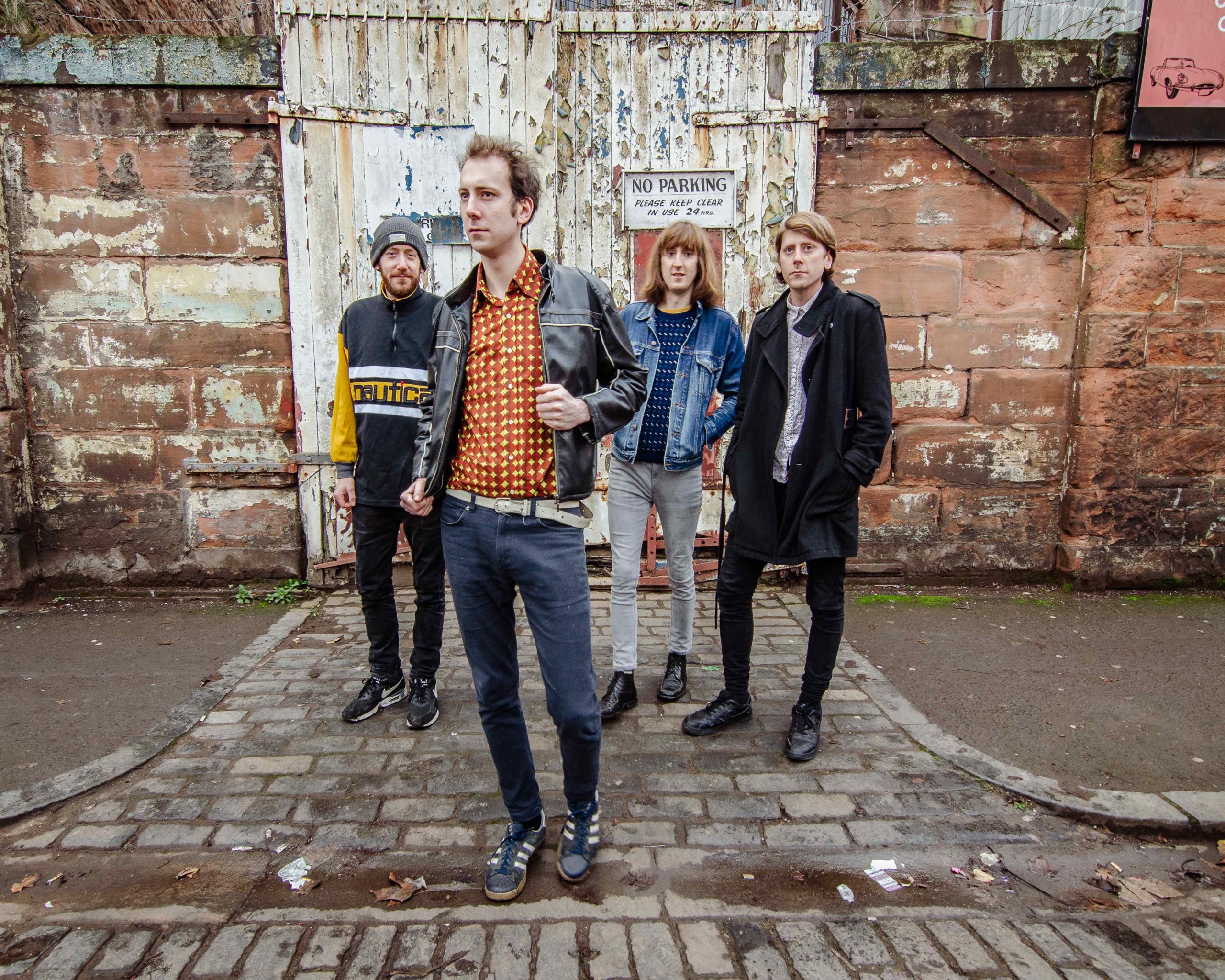 In the current climate, most of us are left desperate for any kind of night on the town. However, Highlands-based indie four-piece Ded Rabbit are here to remind us that it wasn’t all that. The new single “Gotta Get Outta This Place” is an anthem inspired by memories of awful nights out, but also reflects the current stress and isolation caused by harsh lockdown rules in their native Scotland.

Recently signing to newly formed Dirty Fader Records, owned by Grammy award winning producer/engineers Robbie Nelson and Mike Horner – Ded Rabbit are a throwback to upbeat and joyful indie anthems from the earlier part of the century. Think early Arctic Monkeys or The Libertines; there’s a spirited approach to their music which is rarely found in current indie bands, who take the moodier approach. The track also comes paired with a soulful, bluesy B-Side in the form of “Blues Away.”

“We played around with a few different feels for this track and decided the playful and up tempo vibe suited it well,” the band shared. “We didn’t really draw inspiration from any particular music at the time but listening back I suppose bands like The Clash, Blur and Tokyo Police Club partly influenced this tune. It didn’t take many rehearsals for this tune to feel almost studio ready, this meant we pretty much recorded it live to capture the energy we had in rehearsals, apart from a few overdubs. Lyrically we took inspiration from having a sh*t night out, being skint and pissed off with feeling trapped in a dead end job and place. The lyrics were written in the studio.”