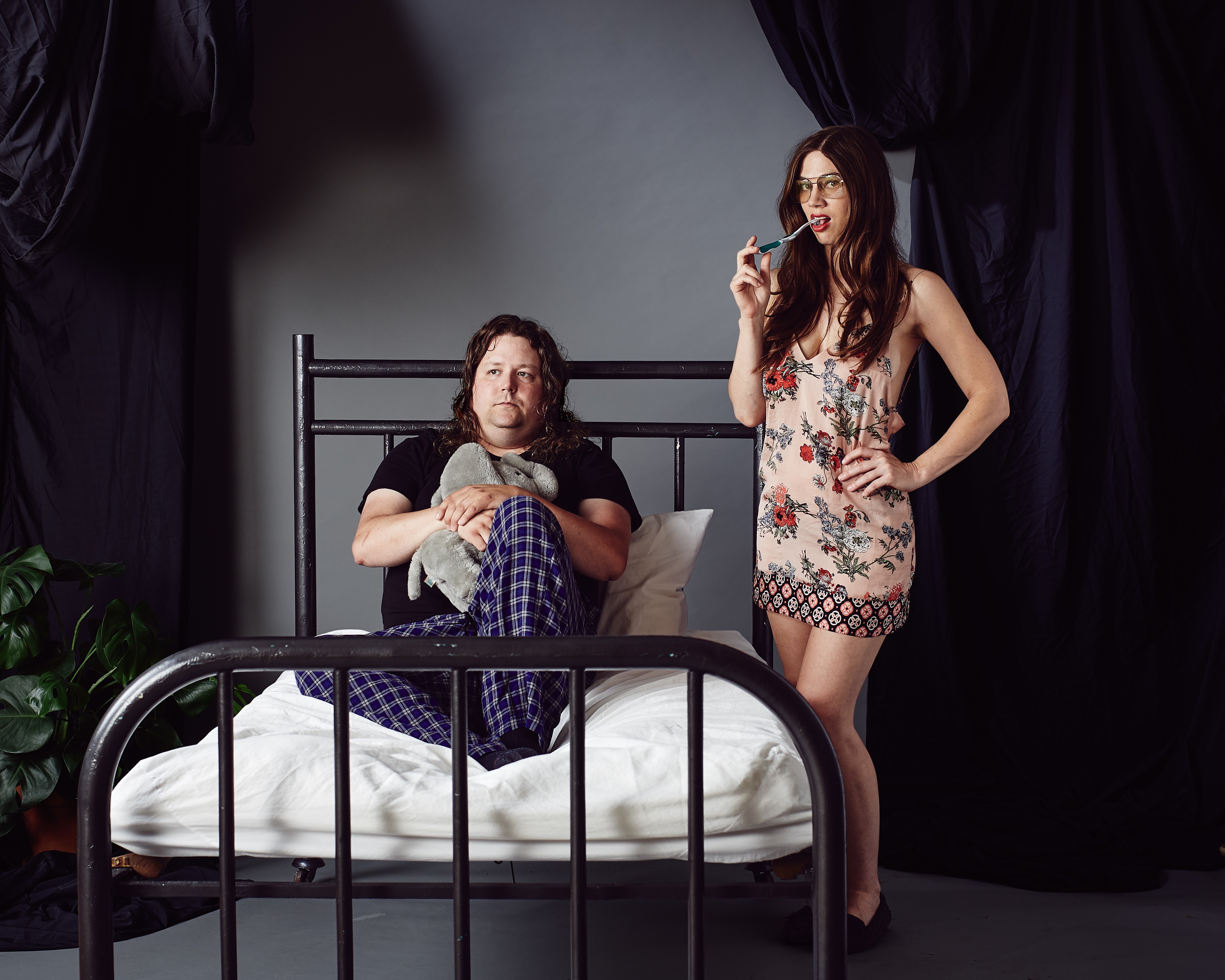 Djunah is a fiery, intense noise-rock duo hailing from Chicago and comprised of singer/guitarist/Moog player Donna Diane and drummer Nick Smalkowski. Together, they craft a defiant, dissonant brand of DIY rock that channels expressions of deep pain, sexuality, and political tyranny with a sprawling sonic touch. So far we’ve heard “Animal Kingdon,” the explosive first single off their forthcoming debut album Ex Voto, which arrives on November 1 via Triple Eye Industries. Today, we are thrilled to premiere Djunah’s follow-up single, the gloriously ominous and throttling post-punk ripper “Nurse and Nun.”

Here, Diane’s hypnotic vocals hover over a swelling tapestry of simmering guitar riffage and pulsating percussion. Produced by Converge’s Kurt Ballou, the track pierces listeners with shredding melodies and dark, reverb-heavy production that ratchets in intensity with each passing second. Furthermore, Diane’s impressive voice oscillates between suspenseful whispering, pained, guttural shrieking, and disoriented ranting – giving dramatic weight to the track’s vivid lyrics. According to Diane, “Nurse and Nun” was inspired by the painting Ex-Voto de 1662. On this song, it serves as a symbol for the band to express notions of healing, emotional recovery, and self-care.

“A few months after I wrote the song, I got to visit Paris for the first time and saw it hanging in the Louvre. It’s a pretty surreal experience to write a song about a metaphorical concept and then turn the corner and see a physical embodiment of it. Structurally, I love the song’s bonkers time signature. The rant at the end was inspired by an energy healing I received. The song, and the spirit of the album in general, are really focused on this idea of self-healing, self-exorcism, through whatever modality works.” Overall, “Nurse and Nun” is bombastic, unnerving, cathartic, and therapeutic all at once. Djunah’s Ex Voto drops on November 1 through Triple Eye Industries. You can pre-order the LP HERE, and check out “Nurse and Nun” below via Soundcloud.