Dreadnought – “It Took The Flood” 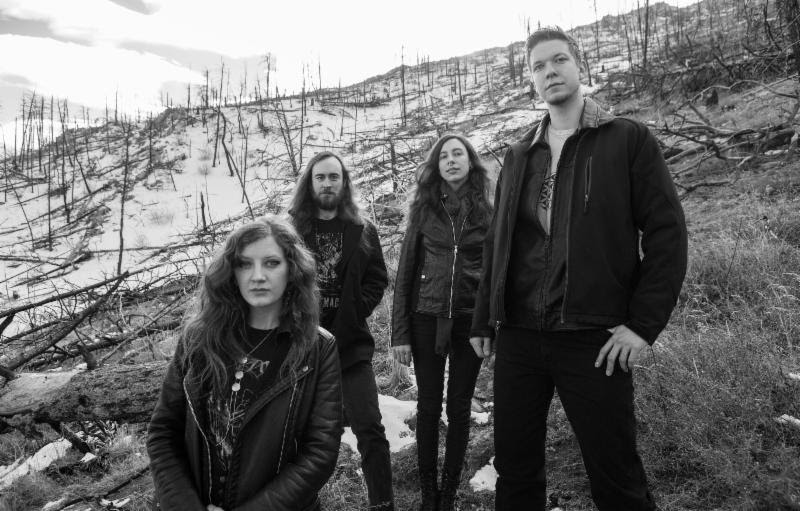 Dreadnought are a progressive doom metal band from Colorado who conjure towering soundscapes and ominous, apocalyptic moods. The members all met in the Colorado Springs metal scene before migrating to Denver, and have since released three excellent albums, including 2017’s heavy and powerful A Wake In Sacred Waves. They’re now gearing up for the release of their upcoming fourth studio album Emergence, of which they’ve already shared a couple singles (“Tempered” and “Besieged”). Now Dreadnought has unveiled a new one-off track via Adult Swim’s Metal Swim 2 compilation, the gripping and suspenseful “It Took The Flood.”

Over a layer of swelling guitar noise, singer Lauren Vieira’s soft, delicate croon coaxes a mysterious and raw vibe that ebbs and flows along with the track’s swirling instrumentation. Ferocious prog riffs, careening percussion, and co-singer Kelly Schilling’s harsh vocal screams coalesce and snowball in a series of heady crescendos. According to the band, “It Took The Flood” is “our conceptual transition from [forthcoming full-length] Emergence, into our next album, in which a sea of ash is met by flood rain, and in its bareness, reveals the steady ground for which to rebuild.” Based on the album’s first couple singles – in addition to this one-off – Emergence looks to be several shades darker and more eclectic than previous efforts – a sign of the continued evolution and refinement in Dreadnought’s sound. Emergence drops on Friday via Profound Lore. You can pre-order that album HERE, and check out “It Took The Flood” below via Adult Swim.

Premiere: Thoughts – “Tethered”
Impose Main
The Shrouded Strangers – “to think i was someone else”