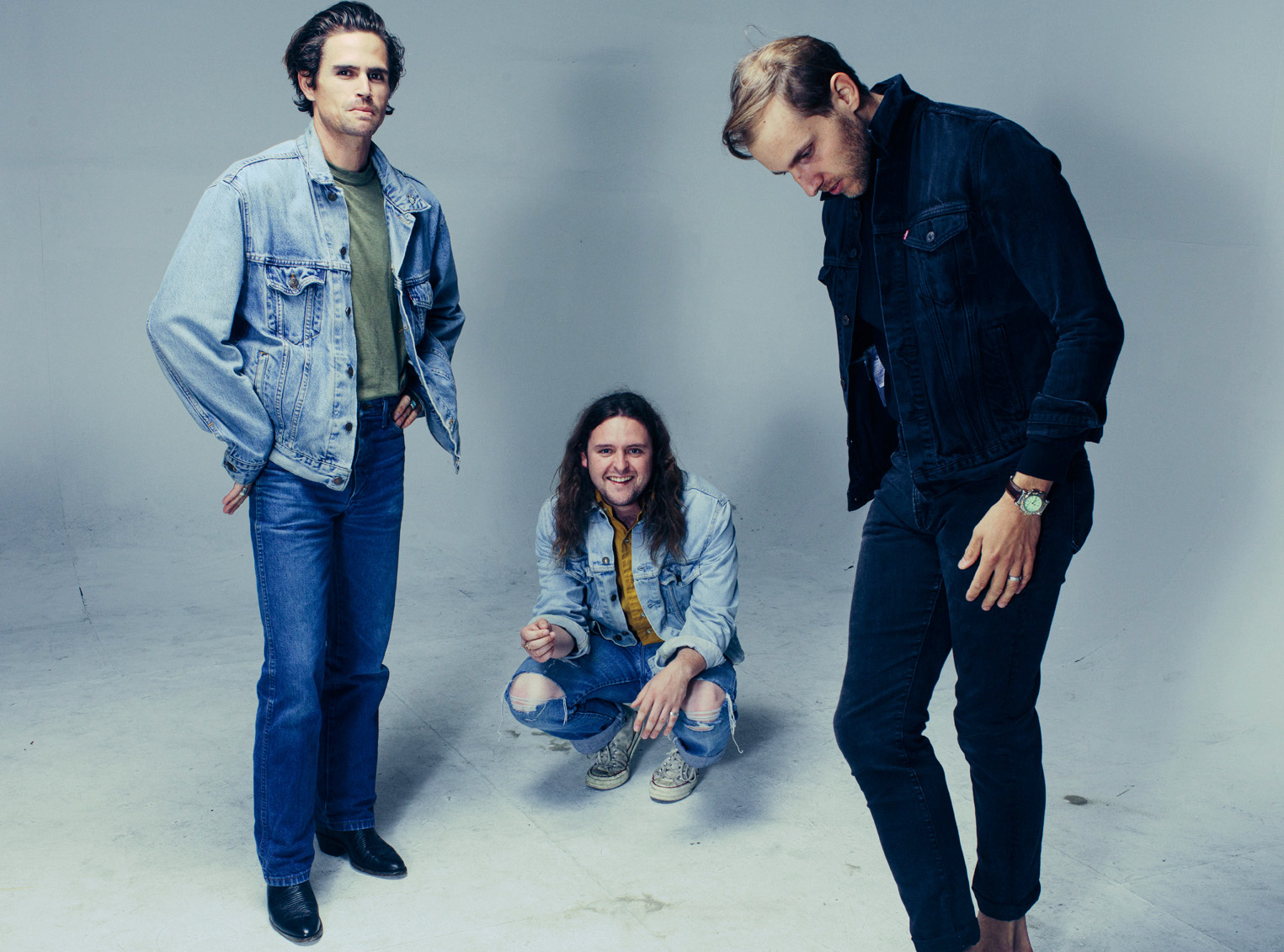 Fast Times have been busy during the shutdown. The San Francisco group -comprised of singer/bassist Andrew St. James, guitarist/singer Duncan Nielsen, and drummer Cody Rhodes – have a slew of new music planned in the coming weeks, starting with their debut single and video “Tuesday Night.”

The camcorder-shot video for “Tuesday Night” – a chugging slice of alt-rock that immediately recalls The Strokes-via-Tom Petty – was filmed all around San Francisco: from North Beach and Coit Tower, through Chinatown (bonus: dim sum), and the Bay toward the Pacific. (All footage was shot prior to quarantine).

“I think it was a good opportunity to celebrate the version of S.F. that we know and love,” Nielsen said. “It’s certainly become a very unsexy place to make art, so making it a backdrop for ‘Tuesday Night’ makes it feel in some senses like we’re reclaiming it, or at the least showing that we’re still here and it’s our home.”

“We reached out for a dim sum sponsorship and surprisingly received no response,” added St. James.

Fast Times have been together less than a year, but all three members are seasoned musicians. St. James has several projects, from solo work to his country-tinged outfit Juan Wayne; Nielsen has recorded as DonCat for years; and Rhodes has played with several bands, including Geographer (with whom Neilsen has also toured), Sandy’s, and Curls. It was toward the end of their first show at the Chapel last fall that sealed “Tuesday Night” as their first single.

“We played ‘Tuesday Night’ as the second to last song, and about halfway through it, it was so evident to each of us, along with everyone else in the room, that something really had taken hold,” St. James shared. “We’ve played a lot since then and written a lot of songs, but I think releasing this track first harkens back to that initial excitement in a really tangible way for all of us.”

Fast Times is celebrating the release of “Tuesday Night” by launching a three-part livestream series with local San Francisco venue Rickshaw Stop that starts this Wednesday, July 15 at 7PM on Rickshaw Stop’s Instagram with all donations benefitting the venue and Oakland-based Hip Hop For Change. For more details, follow Fast Times on Instagram. In the meantime, check out the video for “Tuesday Night” below.