Frankie and the Witch Fingers – ‘Cavehead’ 7″ 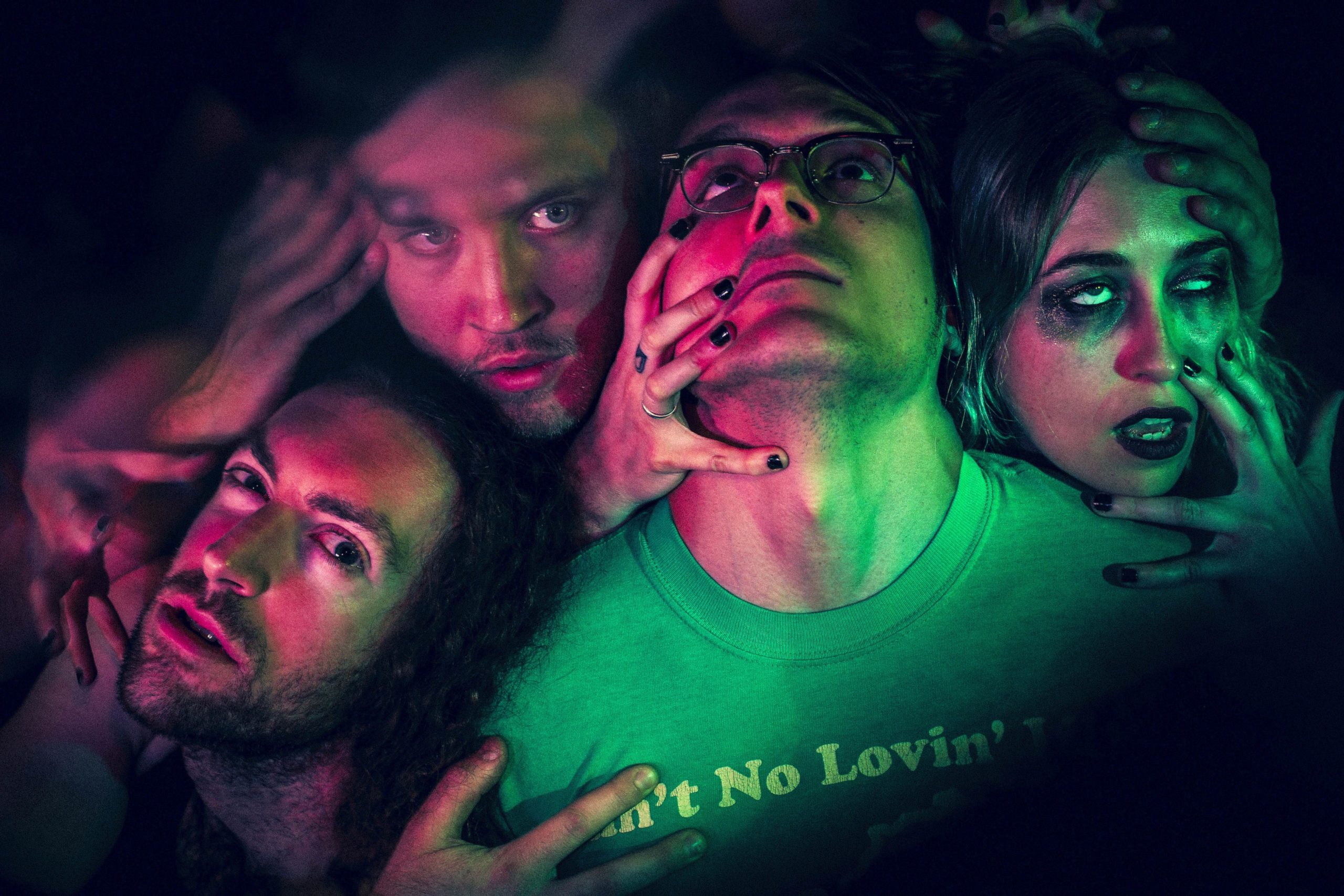 Today the band returns with a split 7″ single featuring the scorching new tracks “Mind’s Eye” and “Cavehead.” The former track was teased on Frankie’s website last week, and opens on a series of squiggly, pulsating electronic-synth wobbles, igniting the sonic fire beneath singer-guitarist Dylan Sizemore’s hypnotic vocals. Eventually things unspool into a combustible climax of thrashy psych-punk riffage and explosive percussion. The latter track “Cavehead,” meanwhile, is the more rambunctious of the two, throttling forward with a rhythmic dance kick amidst Sizemore’s plucky voice and guitarist Josh Menashe’s hyperactive noodling.

Frankie’s also unleashed the mind-bending video for “Cavehead,” which was directed by, shot by and starring the strange and inimitable “Railroad Bill.” In this delirium-inducing clip, Bill – dressed like a primitive caveman – emerges from a cave and races through a forest, along the way climbing trees, eating magic mushrooms and smashing stuff with rocks while melting away recklessly. The video is loaded with distorted animated effects, eye-popping colors and costumed creatures – a drugged-out series of shenanigans that provides the perfect soundtrack for “Cavehead.”

Word has it that Frankie and the Witch Fingers have a new album in the works, and it could be released later this year. We’ll keep you posted when that eventually drops, but in the meantime you can purchase the 7″ HERE and get lost in “Cavehead” and “Mind’s Eye” below.