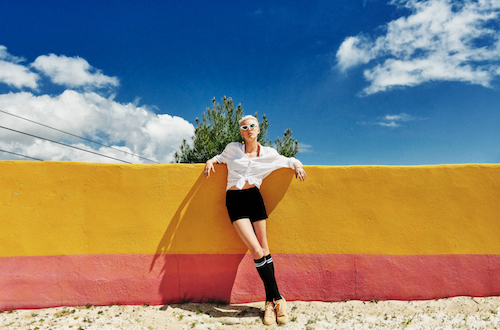 Praised by The Line of Best Fit and EARMILK, Stockholm-based artist FELIN creates powerful connections between sound and visual, constantly exploring how these two worlds collide. After well-received 2017 single ‘21st Century’, she is back with a statement that’s bolder than ever. Flavoured with bluesy moments and powerful vocals, new single ‘Black Heart’ is fiercely cinematic. Produced by John Strömberg and FELIN herself, the track’s instrumental is vibrant and gritty to match the powerful distorted vocal and dark lyrics.

Here’s what FELIN had to say about her creative process:
“When we wrote the upcoming album, I wanted to build it as if it were a movie, filled with dark humour, sex, revenge, love and death. The whole album is inspired by a darkness, a passionate and destructive relationship with life and the constant reminder that everything is just on loan for a brief moment. There is something so damn beautiful about that. In Black Heart, I imagined what goes on in a serial killer’s head when he or she is on the hunt for the next victim. It’s a dark love story about being so obsessed that you can no longer think clearly, nor do you care about the consequences of your actions.”