I can tell you where the Wild Things aren't 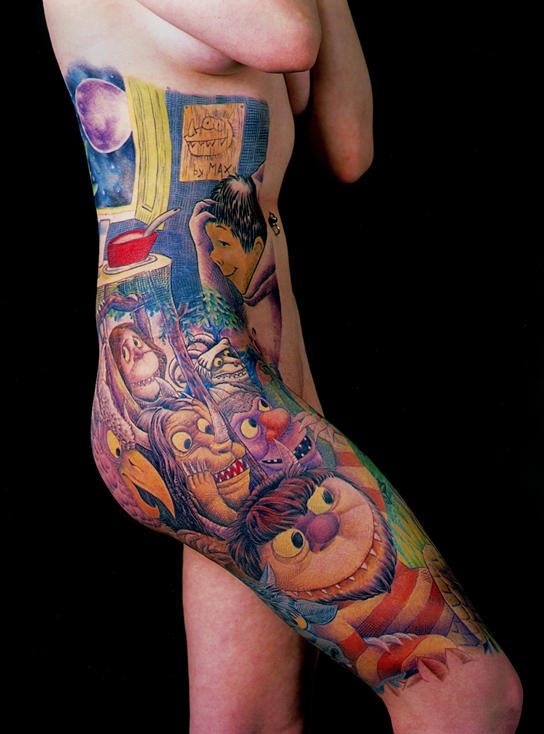 I haven't been this bashed over the head with movie trailers since that one with Zooey what's her face and the dude from 3rd Rock from the Sun.

Without fail, every 20-minutes of my Adult Swim watching is interrupted by the nauseatingly cute previews for the film adaptation of Marice Sendak's classic Where The Wild Things Are. And because of this brainwashing, I–like many of my peers–will fork over $15 to go see it, all while praying it's not as bad as that Zooey 3rd Rock movie. We pray because we know there is a common thread that binds this hopefully great film with the aforementioned visual excrement, and that thread is indie rock.

Sorry, I just threw up a little in my mouth when I typed that, but you can't argue with the power of a Pitchfork soundtrack. It's a proven method: Take a few “indie” bands on “major” labels–you know, the indie rock CDs even your cousin who jams out to Creed would own–and cram the movie with about 17 of their songs, regardless of the film's scene or if it's called for. BAM! Every cool blog will be calling it the “feel good romantic comedy of the year” or a “remarkable achievement in filmmaking.” Nevermind the fact that they're marketing a children's movie to 30-year old stoners who are watching cartoons at 2am.

So I have concocted a device for making these 300 daily Wild Things trailers bearable–a mental trick if you will. I simply envision the Arcade Fire and Karen O in a death match. One where Arcade Fire's “Wake Up” and that “All Is Love” song by Karen O with a bunch of kids provide the soundtrack to a bloody battle instead of a cute children's movie. Now, instead of wanting to vomit, I'm comforted by the thought of manicured quoiffs and tight jeans flying through the air. It makes me giggle; not in a creepy, fetishistic murderer type of way, but in that “I'm better than you” way.

Where my Wild Things are, I see Win Butler killing Karen O with some Canadian kung-fu (I can't explain it, but it involves maple syrup), and then Spike Jonze pulling “Wake Up” from the soundtrack, subsequently costing the band about a half-mil in royalties. Losses all around.

That is the world where I am king and nobody can take that away from me.

You might see it go down differently, so I'm putting two of movie trailers below. Who knows, maybe your version could turn into Spike Jonze next music video.

Where the Wild Things Are “All Is Love” TV trailer:

Where the Wild Things Are “Wake Up” TV trailer: