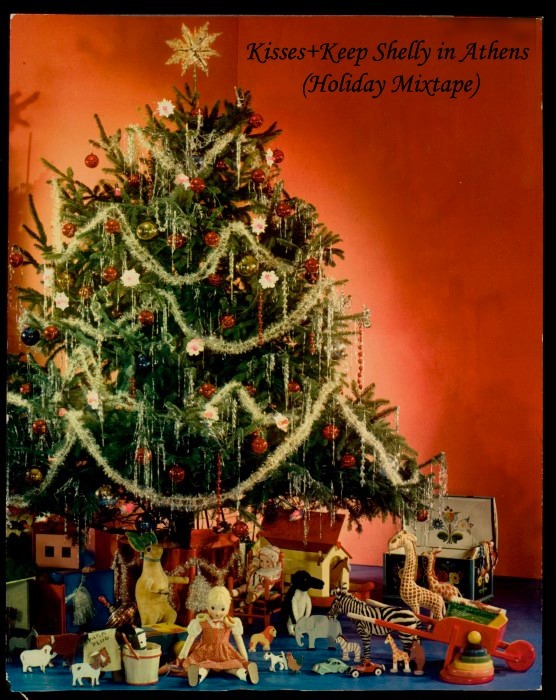 If you don't care about Christmas, the holiday season can be a lonely time. Coming from a family that does not celebrate Christmas I take after my parents, who desperately wanted to bolt from a holiday party a few days ago after walking into a room of guests in sweaters huddled around a piano singing Christmas hymns. Sometimes it can all be too much.

This holiday mix may work well as a soundtrack to any schmoozy non denominational seasonal party, but beware, Jesus Christ does get name dropped at least few times. Kisses and Keep Shelly in Athens toured together and discovered their shared love of smooth holiday songs. They collaborated on this mixtape, which ranges from a mellow version of “White Christmas” by Love Colony (featuring Six) to Enya. Hint, the Irish New Age singer who has sold over 75 million albums is track five.

Keep Shelly In Athens comes to America in April.