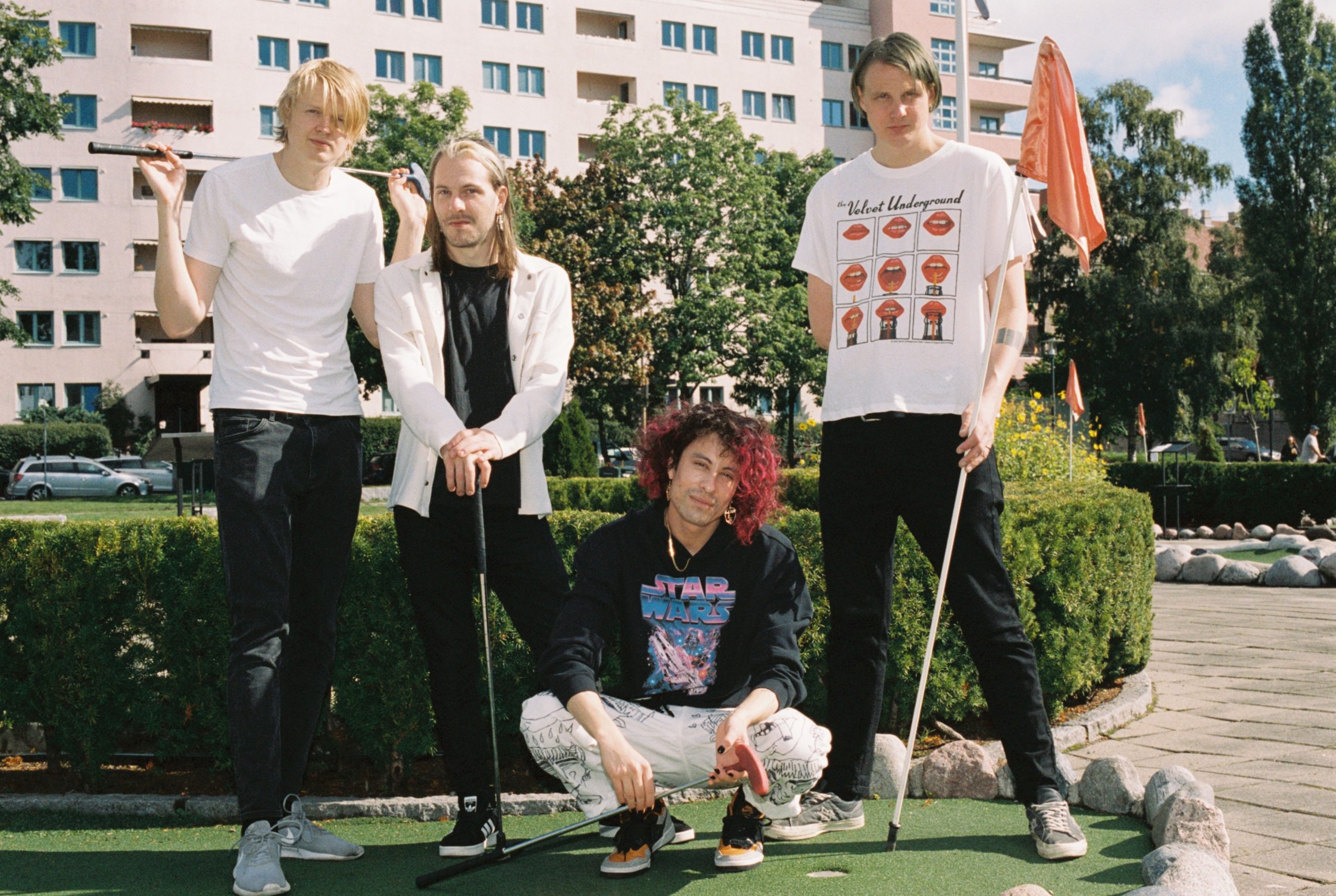 So much great music has come from times of struggle and hardship, providing an escape from an artist’s personal issues and an outlet for pent up frustration. Few acts showcase this more than Norwegian five-piece Lazy Queen, a band that have been sharing their unique brand of angry, indie pop-punk fusion to critical acclaim.

Even through their own personal battles, music has been the only consistent for Lazy Queen. Formed through a chance meeting between Oslo and New York, they’ve taken their reckless punk energy all across Scandinavia and Europe and built a devout following. Described as the most raucous live act in Norway, their music exposes socio-political issues through the vehicle of raw, spirited guitar music.

Their new single “Gutted” represents the first track in a concept EP to come over the next year. The project explores lead singer Henrik’s journey from addiction to sobriety, and the nuances and myths surrounding addiction. “Gutted” is a short but powerful piece of alternative rock. Combining fuzzy, reckless distortion and a catchy pop hook, it’s another emphatic outing from the Norwegian outfit. You can listen below.