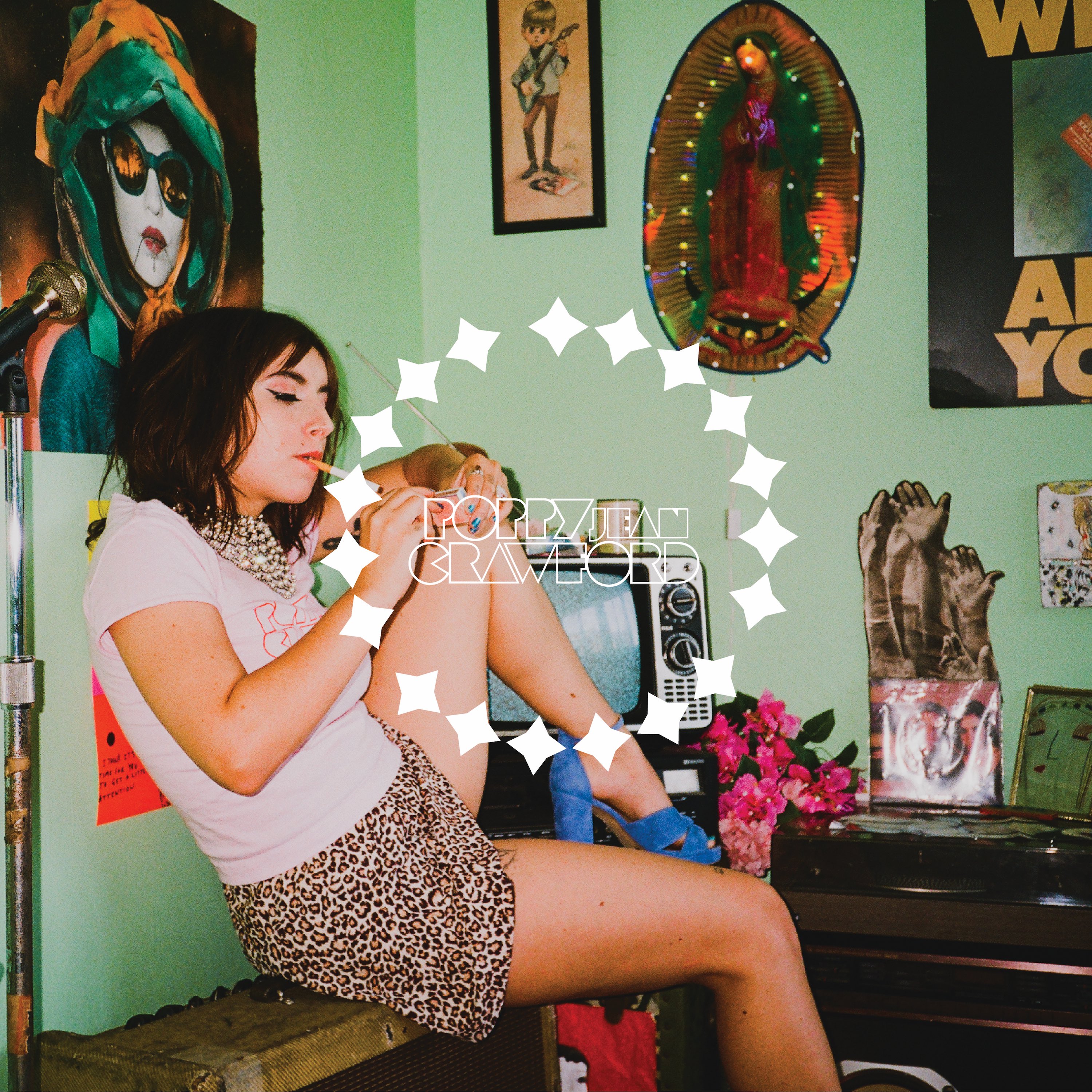 Poppy Jean Crawford is a Los Angeles garage rocker with an impulse for dark, shoegazy soundscapes. At just 20 years old, she’s already released a thrilling EP and a handful of hypnotic singles, and next week she’ll head out on tour with fellow L.A. garage fire-starters Starcrawler. Having cut her teeth in L.A.’s DIY scene, her early live shows stirred up a feverish word-of-mouth-buzz, and now she’s an absolute force to be reckoned with. Her seductive, nuanced brand of noise-rock has struck a real chord with listeners so far, and now she’s shared a fantastic, ominous new track called “Same Old Tricks,” the lead single off her forthcoming EP JEANJEANIE.

“I’m an accidentally good guitarist,” she says. “I started playing just because I wanted to have chords to go along with my music.” And on “Same Old Tricks,” her guitar work is absolutely enthralling – with riffs that ebb and flow and ascend to bombastic shoegaze levels – on top of a mesmerizing knack for simmering melodies and poignant lyricism. Along with throttling baselines and pulsating percussion, Crawford’s searing, haunting voice absolutely floats over the song’s reverb-soaked textures. Crawford recorded the track with Paige Stark, who has produced for bands such as Cherry Glazerr and L.A. Witch. Overall, “Same Old Tricks” is a searing slice of dark noise, and another sign that she’s leveling up hard.

JEANJEANIE arrives on November 1 via Danger Mouse’s 3oth Century Records. When that record drops, we’ll be sure to bring you full coverage. In the meantime, listen to “Same Old Tricks” below via Soundcloud.