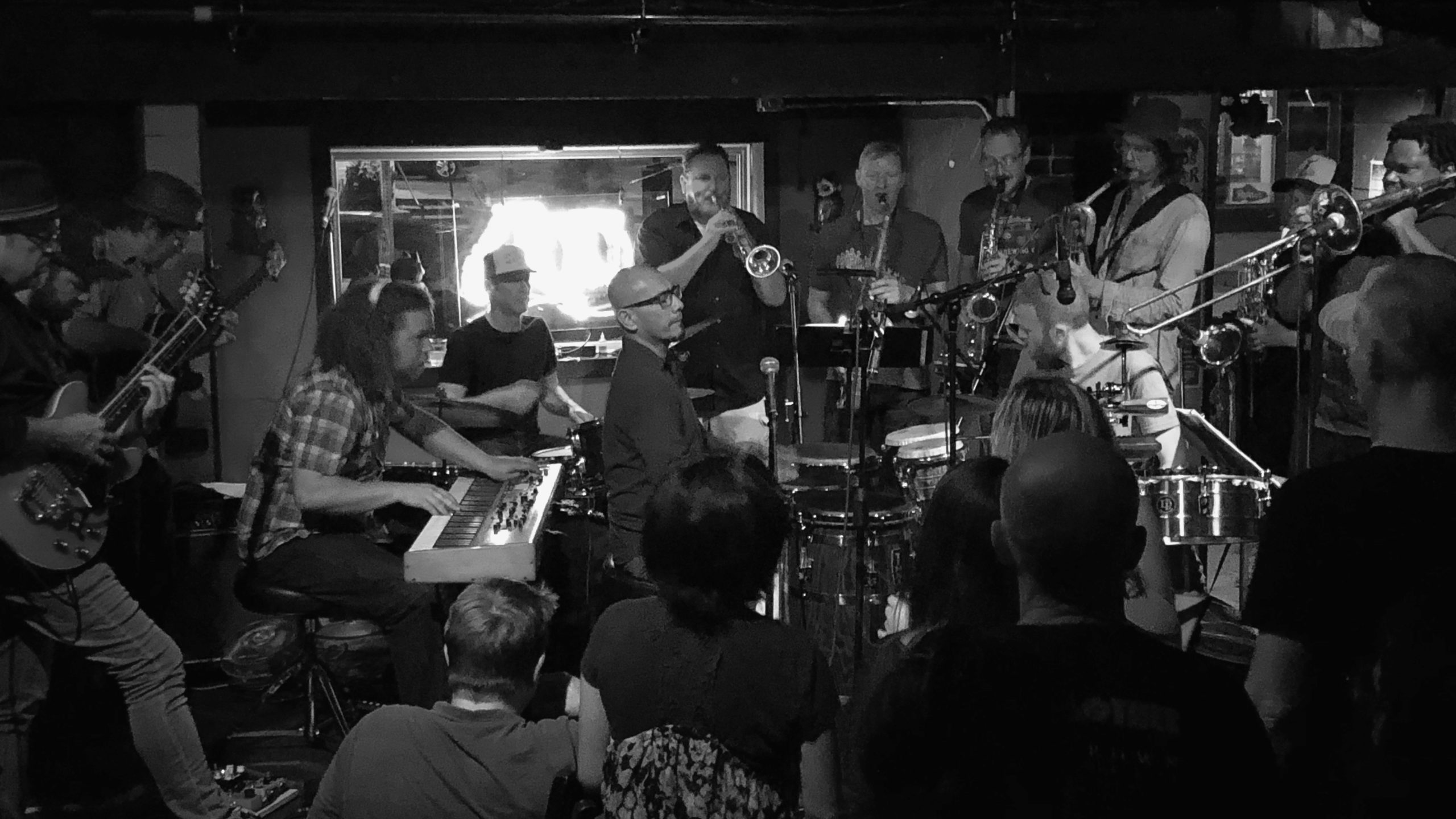 photo by B. Dahlia

It’s about time to head out west for some inner clarity. Naturally, one must bring some solid musical inspirations for the journey. A fresh piece of soul-funk from The Pulsations titled “Black River” will aid in this endeavor. These musicians – also known as West Seattle Soul – are simply artists who love their craft. The musical army made up of Oliver Klomp, Tige DeCoster, William Wolford, Chris O’ Conner, Kent Halvorsen, Lalo Bello, Jason Cressey, Kate Olson, Marc Fendle, Kevin Nortness, Peter Daniel, Mike Barber, Bill Jones and Maurice Caldwell are not to be trifled with when faced with the challenges in music. On top of their prowess and strength within their various genres, their sound is a genuine plus.

As Oliver aptly declares, “The Pulsations is an oozing collaboration of 13-15 Seattle hotshots crammed into a raw, close-quarters performance that is blatant and obscure. It’s an accidentally defying, thoroughly enjoyable relapse of Seattle funk.” Need any more details?

“Black River” was inspired by the natural flowing watercourse of the same name that fed Lake Washington in Seattle. Sadly, the river was drained by a canal and the loss to the community was palpable. What better way to bring attention to it than with a cosmic track? On top of this musical gem, the group is also releasing a 7″ vinyl on January 31 – one side a cover of Manu Dibango‘s Soul Makossa by West Seattle Soul and “Black River” on the other. Listeners can buy this glorious record here.

The track launches off of a droning quell of sounds into the everlasting pulse of horns. From there an earwig of a riff takes over with strength. “Black River” is electric in its energy. Listeners can feel the groove, but can also attest to its chaotic nature with each second that progresses. Is it a protest song or an in memoriam melody? To a listener, it may wax and wane with each listen. While short and sweet, “Black River” surely leaves a captivating impression along with the listener’s eager desire for more tunes to come from The Pulsations.

Give “Black River” a listen below: