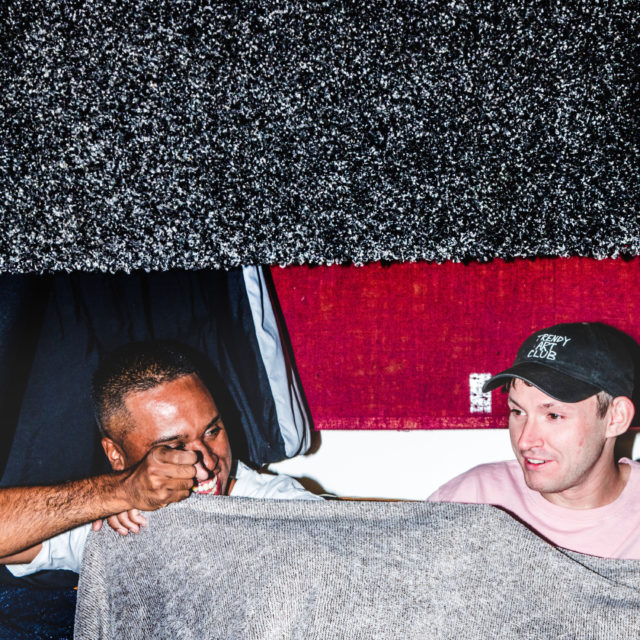 Back in the early part of this decade, Scottish producer Hudson Mohawke and Canadian producer Lunice teamed up to form the incendiary trap group TNGHT, eventually dropping a legendary self-titled EP that would lay down the groundwork for the modern trap revival. Full of bombastic maximalist beats and imposing psychedelic vibes, TNGHT was an absolute sensation in the EDM world, helping to bridge the gap between electronic music and hip-hop with death-defying energetic aplomb.

The duo disbanded in late 2013 following a run of enthralling live shows and high-profile collaborations, the last being Kanye West’s unreal Yeezus cut “Blood On The Leaves” – which sampled their previously-unreleased track “R U Ready.” Now after years of teasing a reunion, the duo have finally dropped a new one together, and its a hyper-modern slithery banger that picks up right where they left off, but without directly retreading their sound of the past.

“Serpent” opens on a series of stuttery tin-can stabs and squiggly vocal samples before slowly unfurling into an explosive banger. Unhinged vocal wails and piercing tribal beats complement the track’s disorienting, hysterical mood. Like with most TNGHT tunes, the track’s disparate layers all ebb and flow with a real feeling of suspense. Overall, it’s another ominous-sounding song from TNGHT that feels like a reintroduction t0 their sonic sphere. Hopefully we can look forward to plenty of new material from these titans of trap. For now, check out “Serpent” below.