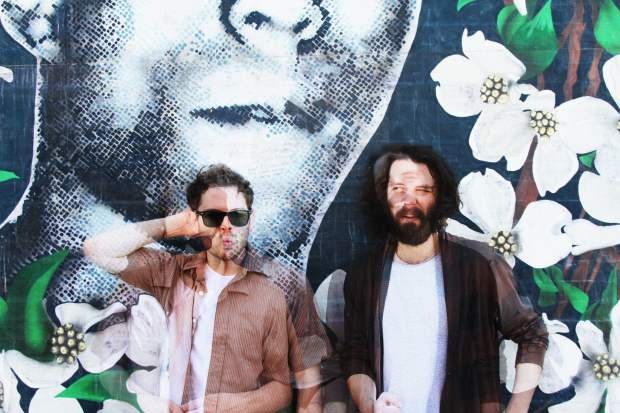 On Writer's single “Hot Days”, the Brothers Ralph demand a cease and desist by the fakers. It's got an anthemic quality to it, that speaks to Writer's scuzzy punk spirit. That last artist we expected Writer to cover was a pop-star with songs intended to capitalize on counter ideals. Sure, Santigold got her start in the Philly punk band Stiffed, and had a record produced by Bad Brains' Darryl Jenifer, but those days were long long ago and not exactly groundbreaking.

Somehow, some way, Writer pull all the glory from Santigold's “Disparate Youth” and suffocate it in their fuzz-toned, blown out basement of weathered underground ethos. Placing the “Hot Days” single in back to back plays with the Santigold cover piqued our curiosity so we sent a few questions over to the Ralph brothers to learn more about their process.

Are you guys big Santigold fans or was this just a song that was heard in the peripherals and you dug enough to cover?

Yeah, I'm a fan of Santigold. I don't own any of her records, so maybe I'm a fake fan, but I try my best to sing along to her songs when I hear them. I've been listening to WFMU pretty religiously for the last year and Santigold's hit, “Disparate Youth”, was beat into my brain. In a good way.

What did you hear in this song that compelled you to cover it?

Her voice for one; its strong, yet has a sort of lazy delivery. Her lyrics sit right on top of the beats and the intense instrumentation; her voice is never lost or compromised. The message is pretty great too. It's a chant type song for people who go after what they want.

Has this cover crept into your live set, by chance? Is it a fan favorite?

We haven't played this one live yet. We actually have never played or recorded any cover songs. This will be a first.

<strong>The songs on Brotherface arch towards that anthemic space, which is often what one gets in a Santigold track… Is she an influence?

Wow, I never considered Sanitgold having an influence on James and I. I wouldn't doubt it, I just don't know for a fact. I haven't heard a lot of her stuff… just the hitz. We're always subconsciously influenced by the things we hear, the art we see, the people we meet; Santigold could be part of that grab bag.

Who else do you admire when it comes to anthemic songwriting?

Writer songs I'm familiar with usually keep it limited to the guitar and drum combination. The programmed digital flourishes on the Santigold cover… were they added out of necessity? Was it always made this way or did you attempt to cover it with your core instruments?

You're right, we recorded this one differently and much differently than previous works. Instead of playing real drums, my brother programmed a very simple drum machine beat, I sampled a bunch of external sounds from the neighborhood, we sang the words in a nice lazy-Santi' manner and ran it all through a distortion pedal. Actually, most of the songs on the new album are a mix of drums, synth and guitar so we've been experimenting with electronic instrumentation for a hot minute. Also we asked video artist E. Lee Smith to animate a loop that matched up with the song… It's intended to hear the recording while watching the animation.