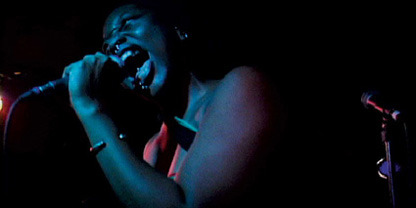 The Afro-Punk festival is a marathon of art and performance over a week in June and July intended to “nurture and celebrate the change” that's occurred in the past year or so helped largely, goes the press release, by Afro-Punk, the documentary by James Spooner about the disparate experience of African Americans whose passion for punk music has drawn them in one way or another into the greater punk/hardcore community.

The festival includes a film series screened at BAM Rose Cinemas (30 Lafayette Ave.) that will showcase, among others, James Spooner's new movie White Lies (at which Spooner will be present for Q&A), “Gloria Rolando's Eyes of the Rainbow (1997), John Valadez's Passin' It On (1992), Newsreel Collective shorts, and an illustrated lecture by Panther historian Roz Payne.”

Full listings for the event can be found here.