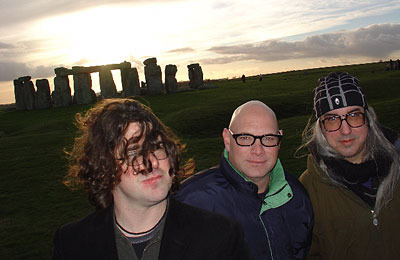 Dinosaur Jr. are augmenting their big plans for a 15-date US/European tour, in which 1988's Bug will be performed live in its entirety, with a re-release of the album, due out June 21 on Joyful Noise Recordings. It seems that they're very serious about embracing the nostalgia inherent in this, seeing as they're reissuing Bug exclusively on its original cassette format — the first time Dinosaur Jr. (and quite possibly any other band) has done a cassette reissue of any album originally released on the format.

However, seeing as well-intentioned (and hand-numbered!) anachronisms don't grow on trees, there is an extremely limited quantity of tapes: 125 are available online and the remaining 125 will be available at merch tables in the following locations: