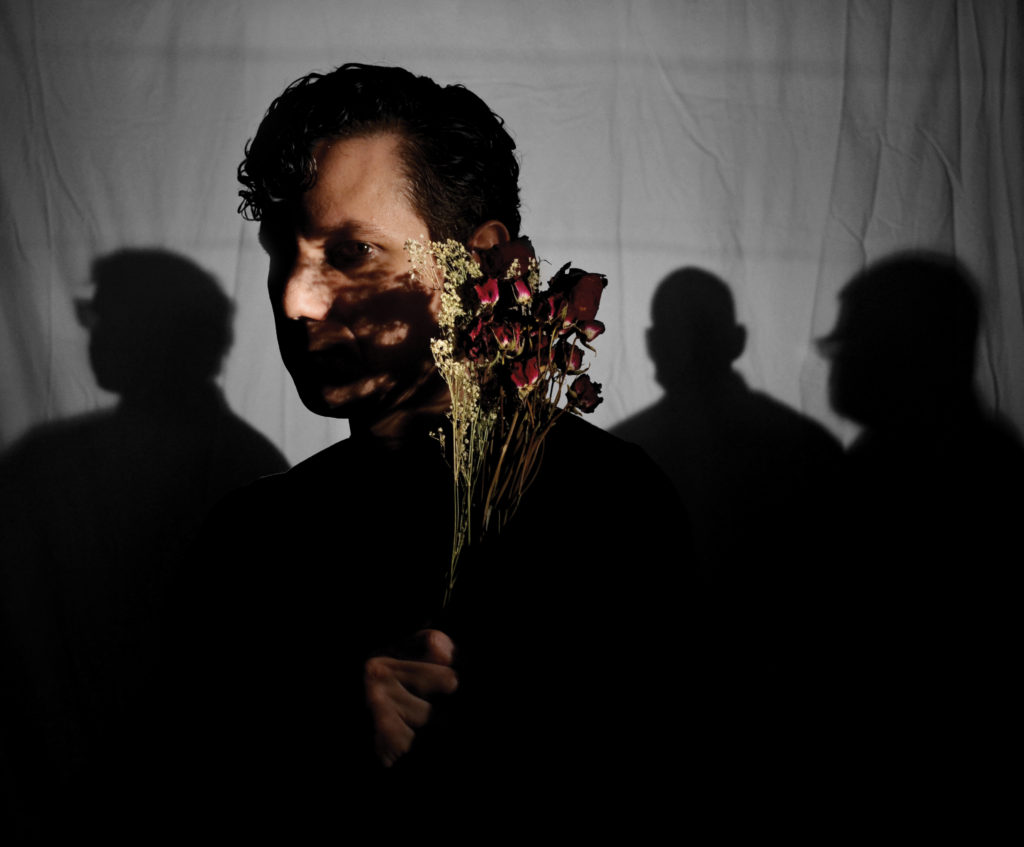 MURDEREDMAN is all set for their the official release of the S/T LP. Though the event takes place July 23rd, we’ve got an exclusive track premiere for their single “Triumphant and Sincere” below, as well as a Q&A with the men, the myths, and the legends.

“Triumphant and Sincere” is an intense rock ballad. Crashing cymbals and deep, dark vocals encompass you with a feeling of celebration, almost. The title of the track adds its own layer to the project, allowing listeners to evaluate the song as its descriptors. We can only imagine the havoc that can be wreaked while enjoying this song at full volume.

How did MURDEREDMAN come to be?

We’re all lifers in Cleveland’s underground music scene, and about 4-5 years ago, all of our long-term bands ended around the same time. Our drummer, John, saw an opportunity to cherry-pick people he wanted to play with, so he approached me and our bassist Richard with what amounted to a sales pitch on why we should be a band, what influences he was keen to pursue, and so forth. Obviously, we bit. He specifically singled out the AmRep catalog and No-Wave, but given all of our tastes, noise, goth, doom, and other things all found their way into our approach. Our initial output was a raw hodgepodge of everything we liked.

Why the band name “MURDEREDMAN?” Where did that come from?

We liked the name “Murdered Man” for how it reflected the noir-ish and sometimes death-obsessed lyrical content our singer David was working with in our first batch of songs, and because it felt weighty and menacing without fronting any kind of bullshit tough-guy ethos. We ran it together into one word and spelled it in all-caps because we thought it looked better that way.

Who are some of your favorite bands that you aspire to be like?

We aspire to be like MURDEREDMAN, and to be better at being MURDEREDMAN every time we do anything. Old bands that informed our ideas include Bauhaus, Swans, DNA, Killing Joke, Six Finger Satellite, and Hammerhead. Current bands on a wavelength we find relatable include Drose from Columbus, Pop. 1280 from NYC, Dreamdecay from Seattle, and our Aqualamb labelmates Hiram-Maxim.

What’s your favorite thing about being MURDEREDMAN?

Everything. Writing, recording, performing, releasing, and traveling, all with excellent people. The more we do of all those things, the better.

Which track was your favorite to create on the LP? Why?

Impossible to answer this for the whole band, but it speaks to our process: our drummer John is a recording engineer. His studio is in his home, and we rehearse there, so we have a luxury of being able to record songs as we please, absent the burden of money-minded clock watching. This makes recording comfortable, relaxed, and intimate for us, and often costly and stressful things like overdubs and mixes can be done at leisure, without having to communicate our wishes to an outsider who may not quite get it. It kind of rules. My favorites to work on were “An Empty Frame” and “Rescind,” both of which were, on my end, a focused process of sonic shape-shifting: building and tearing down, adding and removing, until I was satisfied that the recording reflected the band’s intent. Conversely, “First Embrace” and “Corvette” were originally recorded for a very limited tour-only cassette, and were extremely direct in terms of recording process. There’s a lot to say for that, as well.

If you were a dessert, what would you be and why?

Baked Alaska, of course: Ice cold even though it’s been set on fire.

It’s indisputably a classic in the canon of kid-lit, but are you familiar with “The Secret Art of Dr. Seuss?” It’s a collection of his personal work, totally mind-blowing surrealist watercolors. Unconditionally recommended.

What superhero do you think the world would benefit most from right now?

I live in Cleveland, so this week I’d be mighty grateful for someone who could make the entire GOP establishment and the neo-Nazi fellow travelers who’re following them here to stir shit up disappear from the face of the Earth with the wave of a hand.

What’s up next for MURDEREDMAN?

Our cunning grand scheme is to continue being the best little MURDEREDMAN we can be.

The Aqualamb release show for S/T is July 23rd at the Cobra Club In Brooklyn. The event starts at 8pm and features STATS, MURDEREDMAN, DAN FRIEL, and HIRAM-MAXIM. You can preorder S/T now.