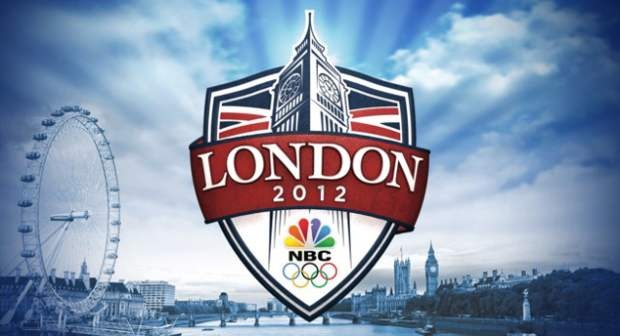 August 10, 2012 | London, England: The questions surrounding this summer’s Olympics are literally, literally limitless. Is there any way Michael Phelps can repeat the incredible showing from Beijing? Is Usain Bolt really in as bad of shape as we’ve been lead to believe? Does Lolo Jones being a virgin make her more or less attractive? And really, despite having previously cut off James Franco’s arm, are we to believe Danny Boyle can lead London in topping the previous Olympic opening ceremony?

It’s been four long years since David Beckham took that soccer ball from the little girl (only to promptly boot it out into the crowd), thus symbolically saying, “Hey, London is going to host the next Olympics and we couldn’t be happier to be the assholes who try to follow up on the most badass opening ceremony ever.” We’ve been witness to many changes since that day – seemingly every country’s economy has gouged itself, every other country has had a rebellion, or the presence of rebel forces, or something rebellious that makes the Huffington Post main page for a day or so, and the once loveable Pee-Wee Herman will now only be known by his real name after being caught diddling himself in a movie theater.

Now the wait is over. As you are finishing your workday, alt+tab’ing the shit out of your keyboard at the faintest sound of footsteps, Stratford has swelled with fat people, rich people, people people and all of the world’s best athletes for the start of the 2012 Olympics, and America’s cameras are there to tape it and play it for you at your convenience several hours later.

Here, in easy to follow list format, are ten of what we think will be the most compelling storylines you should watch out for as the 2012 Olympics take shape:

1. Michael Phelps comes into the games only 2 medals behind Larisa Latynina for most Olympic medals in the history of the world. Odds are against him though, as he’s dropped down to only seven events this time around, and U.S. teammate/ Brochester-born Ryan Lochte is peaking at the right time and wearing a grill designed by Paul Wall. Can America’s favorite water rat pull through?

2. There is talk of potential excitement in this year’s badminton field. Despite international unrest and never utilizing a qualifying round in the Olympics, the badminton organizers are going ahead and starting things off with group play. Here’s to bucking tradition!

3. So what if American boxing has fallen on hard times. We made the Golden Boy, we got Sugar Ray Leonard. We ain’t never not medaled and London is practically America, so you can bet we’ll keep on medaling.

4. We are sending two black female tennis players from Compton to the All England Club. Compton is where John Singleton filmed Cuba Gooding Jr. and Ice Cube dealing with constant gang violence and economic unrest. The All England Club is where Richard Loncraine filmed Paul Bettany necking Kirsten Dunst.

5. Blade Runner, Oscar Pistorius is such a fun story, if only the IAAF could see to it that he – whether in an individual race or relay – makes the finals just once.

6. Will Lolo Jones bring home a medal or will she Anna Kournikova-out?

7. Among the records we will hopefully see shattered, we should look for a high number of athletes saying things to the tune of “I’m sorry if my actions…” and “I look forward to another opportunity to represent my country and my sport…”

8. Have we talked about England’s rich musical history? Not musical musical, but music. Elton John, Morrissey, Police, Elvis Costello, Pulp, Van Morrison, Oasis, Depeche Mode, , , Radiohead. If nothing else, Boyle will have a good soundtrack to accompany the opening ceremony. In the everlasting words of Bart Scott: Can’t wait!

9. It’s the 20th anniversary of the famed Dream Team, so of course gossip is rolling and reporters are baiting. Petty shots have been made in jest by both the ’92 squad and the current basketball team as to which team is the best American group ever. But lest Chuck and MJ forget, the 2012 team features Kobe Bryant, and his will to win is big enough to extinguish any potential victory.

10. Speaking of Kobe Bryant, or basketball rather, or more correctly still: not speaking of basketball. If there’s one thing we’ll get to take away from this year’s Olympics, it’ll be the two weeks of genuine sports news free of that Orlando cancer commonly referred to as Dwight Howard. He’s got a great smile, a hell of a wingspan, and his Van Gundy impression is on point, but if there’s anything America needs most, it’s a break from the 24/7 Guiding Dwight telethon.

That’s obviously only a cursory list of what to expect. It’s going to be a wild ride, and thankfully NBC will be there to guide us along the way. Not only will the Peacock be broadcasting every event in its truncated fashion via tape delay – so as to give you the perfunctory versions of the shitty events that feature foreigners and sports that no one cares about and displaying the Hollywood events in the full American primetime glory they deserve – they have set up an extensive web presence. If you care to watch these amazing feats of human excellence live, NBC is providing a labyrinth of web-work which eventually yields live-streaming of every Olympic event with only minimal buffering interruption. London 2012, here we come!