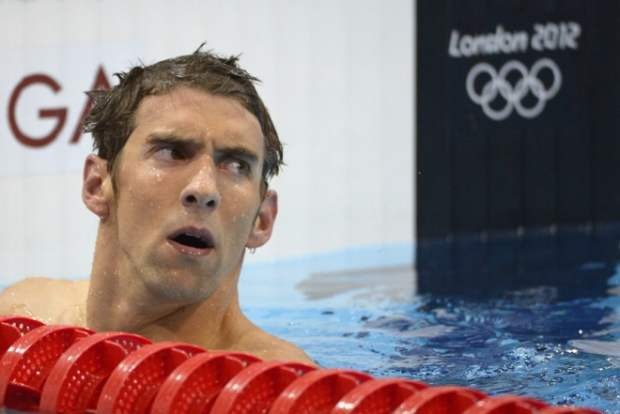 Evidently the Olympics are in full swing. And because we need to title everything, we need to record and mold stats into something marketable, Phelps is or isn’t the best Olympian ever. Then a black girl won gold in the women’s gymnastics all- around, and her blackness is really important or not at all. Some badminton teams sandbagged it in an attempt to get a better spot in the elimination round, and a bunch of Doritos Locos Larrys got up from their live-culture tub of filth to call foul while stateside their favorite NFL team printed “Suck 4 Luck” posters for the first 10,000 stadium dwellers. And Azerbaijan dropped around 10 million bucks into the back pockets of the AIBA, but that surely didn’t influence the judges after we saw an Azeri get worked in the men's boxing round of 16 by Satoshi Shimizu of Japan yet somehow (temporarily) stumble barely conscious away with the victory.

As with every other quadrennial event, it’s hard to really remember how much the previous one sucked. The only lasting memory I truly have is turning the television on at the right time to catch the men’s 4×100 freestyle relay and matching Dan Hicks and Rowdy Gaines in doubt then astonishment. This year, though, just feels soiled. Scandals aside, or front and center really – it doesn’t matter, scandals are sexy and ultimately part of the machine that makes it such a spectacle – I can’t pay attention. It’s not that the female Canadian announcer sounds perpetually out of breath or that the male Canadian announcer sounds like a hyperbolated South Park character. It’s not even that they are Canadian. It might be the Canadian TV promos between the swimming events, but mostly it’s that I’m watching this whole disaster on a toaster.

I have no idea where China is and how many hours ahead or behind they are to America, but for the sake of shitting all over the Peacock, let’s assume we all watched the 2008 Olympics live and the only real issue we took with our country is the unnecessary pretension that Beijing is pronounced more Bay-jing rather than Bay-zhing. The tape-delay issue is tired now, sure, but just because we are all aware it exists and ruins every possible marquee and non-marquee event and is a little too pro-America to feel like a professional product doesn’t mean we should stop bitching.

The Olympics are gross and futile in the way that most things are, but like the best of our sporting events they exist most successfully as spectacle. The individual athletic act is the heart of why we watch, but not really why we watch. We want to see ‘Melo shrug his shoulders sharing his disbelief with us after he sinks his tenth three- pointer. We want to see Bolt wag his finger after he crosses the finish line and Tyson Gay not even try to hold back tears of disappointment. We want to see 17-year-old Claressa Shields raise her arms prematurely before her victory is announced because she is 17 years old and just won an Olympic boxing match; something an overwhelming percentage of us will never accomplish. We want to see the humanness in the very un- humanly talented. And we want James Bond and Queen Elizabeth to take us there.

The spectacle, however, has been neutered. Because it’s all about money, it’s always about money, America has been forced to watch either NBC’s tape delayed and oddly edited broadcast or suffer through intermittently reliable online streams from other countries. Though there is argument that spoilers in fact enhance one’s enjoyment of something, watching a tape delayed version of an Olympic final is off- putting. It’s the same feeling one gets when hearing a record for the first time on a program such as Spotify. The final product is the same: say a world record is smashed, the athlete pumps his or her fist; the magic of Quincy Jones and Michael still ring out through Off the Wall. But there is something grossly inorganic about the process. There is no longer the bond between viewer and athlete, listener and musician. We are fitting these highly specialized individuals into our schedule: “It’s cool you’ve dedicated more hours to one specific thing than I have all my half-assed hobbies I’ve amassed in my bloated existence, but I’ll catch your replay after this repeat of Community.” And to stream the Olympics? Woof. On the rare occasion you get to watch a full event without a buffering interruption, you’re hit with a bland ‘that happened’ feeling because you can’t enlarge the video past 480×360 without things getting hairy. And even if you are one of the few plucky ones to navigate proxy addresses to land the British stream on your computer, at the end of the day you are watching the world’s best athletes all by yourself on a dinky computer.

Suppose, though, it’s neither streaming nor tape-delaying that is the problem. It’s that we are a fractured viewership. Spectacle is best enjoyed between people, and when half of us are watching the events unfold live and the other half five, ten hours later there is a lack of communal excitement. We share only the results: the medal count and results. How the athletes got to the podium is not front and center. We all know Phelps got silver in the 200m Fly, but we weren’t filling a bar watching Chad Le Clos just out-touch him in real time. Or maybe we’re all getting on just fine and the Olympics have been great and I’m just living in the wrong neighborhood. Here’s to one more week of the best athletes our world has to offer in all their pixely and tape-delayed glory.