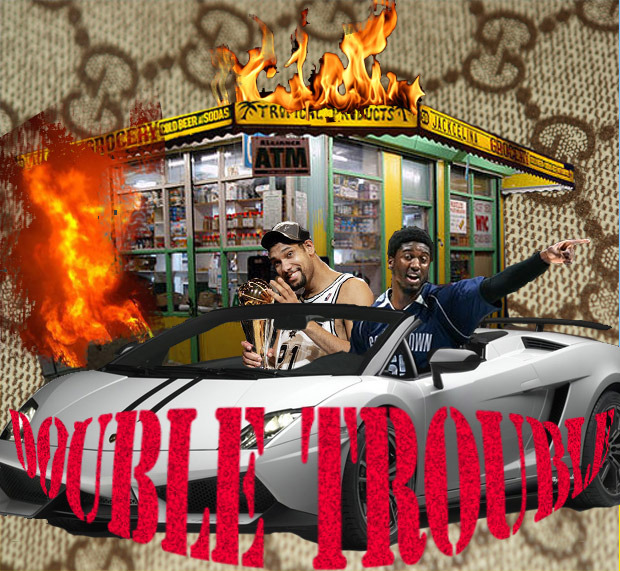 Just walking around tripping all over our hubris out here. But it’s not unearned, little dude. We started at the bottom, a sleeper team. Beyond coma, nearly flat-lined. We got up, though. As reported last week, we dispatched Gothamist. Our next opponent was felled with a similar fate.

While Stereogum aka BRRRRICCCCKKK SQUAD was bloating on turkey, cranberries, the awkward “so you write for a magazine, but it’s on the Internet” conversations with older relatives, we were stacking W’s. The early week had us jumping out to an 8-1 advantage. It was high-fives all around the office, but then sometimes you travel to Pennsylvania and you forget to update your roster daily and a few key players don’t get put in the starting line-up. Shit will, as they say, buff out. We took the victory, striking another 6-3 mark.

If you’ll pause a moment, let us indulge you. A before and after, as it were, of what happens when the schedule puts you face to face with Team Impose.

We’ve stated our interest in developing player relationships, building an empire, etc – abstaining from the trading room. We are a proud group. We are proud, but we are not blind. We have rebounds, blocks, and points on lock. Our bigs, our sorta bigs are unstoppable. Or, really, it’s just a big-ass sample size, so they’re bound to put up some big numbers. The point is, we’re looking to dump one because we need an assist man. We need dimes.

So gentle reader, do you have any advice? Roy Hibbert, as dumb of a season as he’s having will not be cut. It’s fantasy basketball, but we love him and are going to see him through this slump thank you. Big Baby earned our respect during last season’s playoffs. That was last season, though. The end goal is Rajon Rondo, nothing less. Pray tell, how do we secure him?

It’s now on to Week 5 and we’ve already neutered Quartersnacks. It’s 8-1 with a handful of days left, but I don’t see it getting any closer. For those keeping score at home Thrasher is currently taking Vice to task, which may or may not be good for us.

I still don’t know how people watch real basketball and fantasy basketball at once. We’re gunning for a Memphis/Indiana Finals this year. Dream big, youngins.