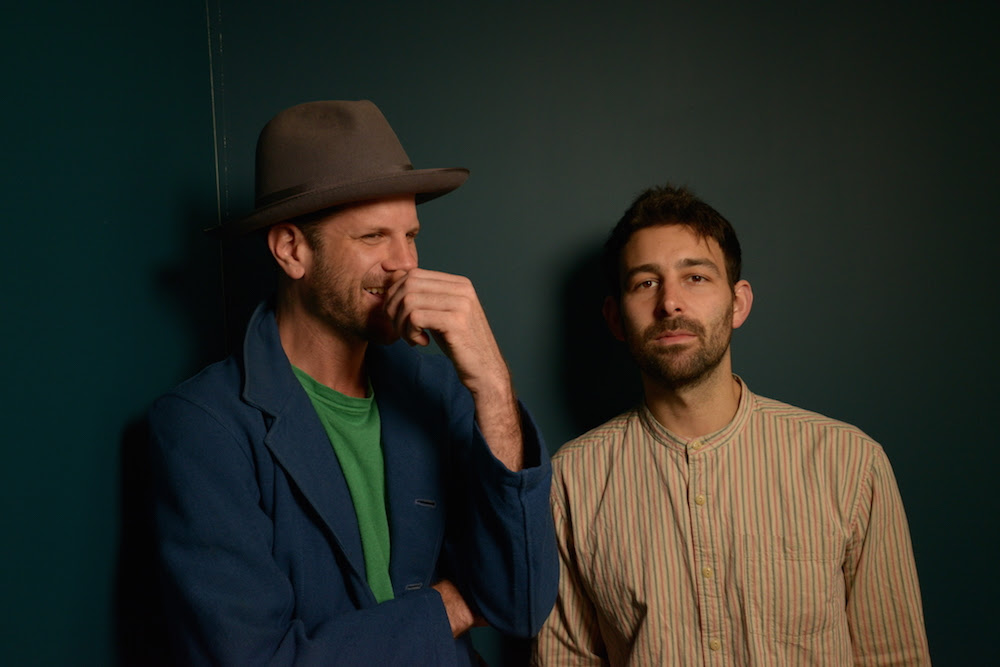 Photo Credit: Shervin Lainez
Star Rover is Will Graefe (guitar/vocals) and Jeremy Gustin (drums/vocals)–two seasoned musicians steeped in NYC’s vibrant indie music scene. Independently, Graefe and Gustin have worked as session and touring musicians with acts including Albert Hammond Jr., Sam Amidon, David Byrne, Delicate Steve, Bill Frisell, Jesse Harris, Kimbra, Landlady, Marc Ribot, Okkervil River, Rubblebucket, Tiago Iorc, and Renata Zeiguer. Together, as Star Rover, they create golden era post-rock mixed with sophisticated avant-pop.
The band’s long-awaited forthcoming debut album, titled I May Be Lost But I’m Laughing, was written about life and death, and about finding joy and beauty amongst chaos and inevitable sadness. The album has the intensity of rock music without the typical sonic elements of the genre, including hints of influence from punk, folk, and electronic music. It’s for fans of Grizzly Bear, Deerhoof, John Fahey, The Sea and Cake, Black Keys, and Rodan, and features co-writes with “Dr. Stuff” and Y Music’s Rob Moose.
In the process of writing the album–out this October on 11A Records–Graefe and Gustin discussed the relationship between sounds, textures, temperatures, and climates. “In writing the music to ‘Byron Bay’, we took a simple melodic seed and tried to explore all of the spaces around it,” says Graefe. “The repeated guitar phrase became a centerpiece; bright and beaming, yet aquatic, hypnotic, and perpetual like waves.”
“Later that year, Jeremy was on tour in Australia and had a sweltering day off in Byron Bay. He noticed a solitary woman lying on the beach close to the water, almost daring the enormous waves breaking on the shore to reach her. But they never did. Our initial melody popped into his head and a lyric emerged: ‘So close/the waves almost touching her toes/she knows.'” Once back in Brooklyn, Star Rover recorded “Byron Bay” at Figure 8 Recording with Sam Griffin Owens (Sam Evian), who plays synth on the track as well.
Star Rover are currently on tour in support of Okkervil River, and on Sunday (June 17) they will perform at Trans-Pecos in Brooklyn. A limited edition 7″ featuring the album’s first single, “Byron Bay,” will be available at all live shows. You can stream it below.