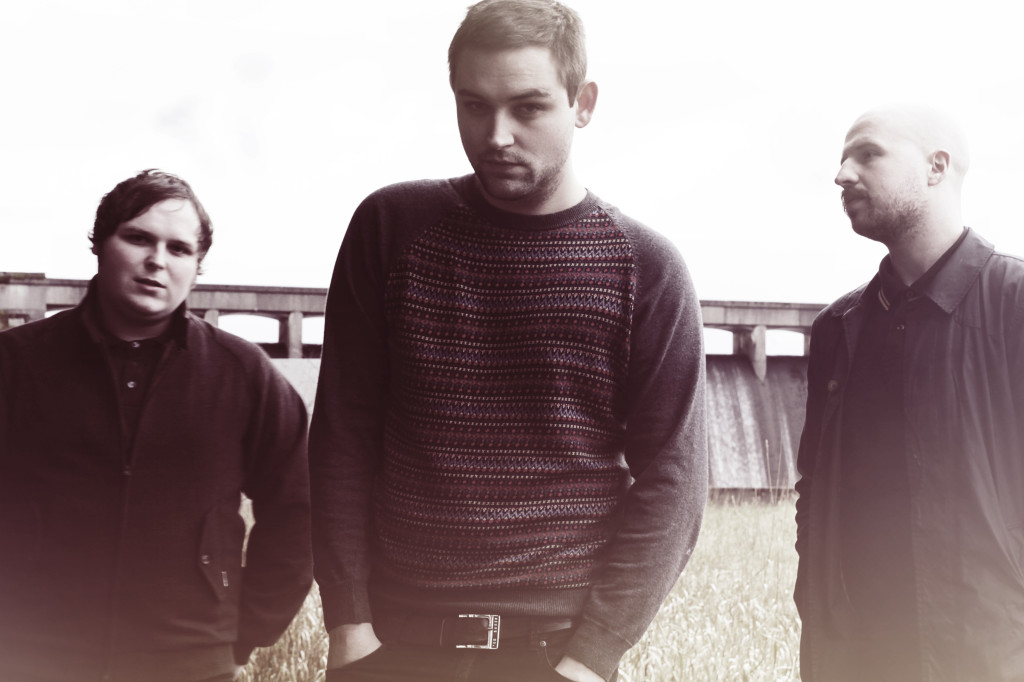 Scotland’s Twilight Sad just released No One Can Ever Know on Fat Cat Records and we had a chance to talk with guitarist Andy MacFarlane about the state of sound from Northern Britain and more.

So many groups from Scotland adopt a more American delivery but you kept your accents intact. How do you feel about your fellow countrymen taking on the singing vernacular of ex-pats?

That's just the way we speak, and what comes natural to us, but each to their own. If people feel comfortable singing in a different accent then fair enough.

Dystopian worlds and threads of discontinuity permeate No One Can Ever Now, like on “Dead City,” “Sick,” “Kill it in the Morning” etc. Can this be attributed to affinities for J.G. Ballard or the fog in Kilsyth?

It was the kind of mood I was in at the time when writing the music and researching the artwork. Those titles kind of summed it up I suppose.

A lot of contemporary bands work within the melancholy framework. Is their more of an allure toward moods and styles of night fall than say sunny afternoons in the park?

It's not deliberate to work that way, we just write what we think sounds good and about things that have happened to us. It doesn't seem melancholic to me but I can understand why it might to some.

Would anyone really want to listen to some hippy singing about the sun in the park?

Do you consider your work 'dark wave' or is there a preferred nomenclature the you all use to describe your sound?

No, I hate music having labels and having to be in a certain category.

Given the dark veiled processions from artists like Austra, Chelsea Wolfe, Zola Jesus, Pop. 1280 and so on it seems like you all are aligning some cool, black clad weird vibes. Are there any collaborative behind the scenes motions between Twilight Sad and other artists we should know about?

Possibly in the future, at some point.

The classic indie pillars have deep roots in Scotland with labels like Postcard, Creation, 53rd and 3rd and countless artists. Who are some of the upstarts from the current now-sound of young Scotland that you all dig?

How do you all feel about the Twilight teen lit/movie phenomenon in full swing taking the thunder from your name? Have you been affected in any way positive or negative with your name's p to that aforementioned franchise?

I've no idea, I'd imagine a lot of people make the snap judgement of thinking we have something to do with that franchise, which could lead to people looking us up or ignoring us. At the end of the day it's just a name. It shouldn't be important what a band is called, but what the band does. I am happy to say I've never watched any of the films, though.

Super cool that you all were able to hook up with Andrew Weatherall. How did that come about?

We have mutual friends, and have been told he liked the band in the past. After demoing the album we met up with him in a hotel in Glasgow, and he gave us a mix tape of songs explaining the direction he thought the album should take. Which by coincidence was the exact same stuff we were listening to, so it made sense to work together.

Given his background in indie/house crossover productions from Screamedelica to Fuck Buttons' Tarot Sport did Weatherall help to bring out the more electronic side of your keyboard selections and mechanical loop samples?

We actually had all of that worked out before meeting Weatherall, he was more there to reassure us of what we were doing and to bounce ideas off.

The band has seen a wild decade of evolutions and progressions of style from neo-gaze rockers with creative accordion accompaniment to the gradual metamorphosis into minstrels of the dark. To what do you attribute the band's development of sound and mood?

I'm never really content and get bored very quickly, so I'm always trying to find new things that we can do and develop on what we've previously done.

Tracks like “Another Bed” show the versatility your sound has four dance floors. Are there any remixes or upcoming from the new album in the works that further illustrate this?

We are looking at doing a remix album, but I'm not allowed to go into too much detail about that at the moment.

I was always wondering what was up with the white-masked caricatures that permeated your album covers of past years?

For each album we like to create a series of images that have a coherent theme running throughout all the artwork. At that point we were interested in '50s-style illustrations and the masks worked well tying the images together, but it's really open to interpretation.

What is the best festival do you think you have played to date?

We've never really had a good run at the festivals, it's always good to head over to SXSW though.

What would you all say was the worst?

None come to mind.

Any 2012 predictions and/or upcoming previews for the band?

PrevPreviousOn Touring with Your Dog: A Cowboy Romance
NextJeans Wilder's “Guadalajara, 1997”Next