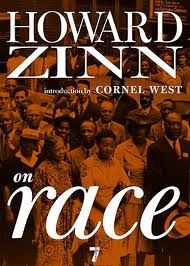 The late, great Howard Zinn (1922-2010) represents something anathema to the present-day American political-cultural mentality. He was a radical historian, something that seems oddly quaint in our retrograde conservative age. Going all the way back to 1956, when he became chairman of the history department at Spelman College in Atlanta (the oldest black women’s college in the country), his approach to scholarship has always been outside the mainstream dialogue. He encouraged his students to become politically active in Jim Crow Georgia while teaching at Spelman, and at the same time he became a pivotal figure in the civil rights movement, almost by accident. He marched with Dr. King, participated in the founding of SNCC (Student Nonviolent Coordinating Committee) and, eventually, was dismissed from Spelman for his politics. His leftist consciousness always felt like it first came from a place of genuine humanitarianism. Hell, he was a bombardier in WWII who later became a lifelong anti-war activist. What more beautiful statement is there than that?